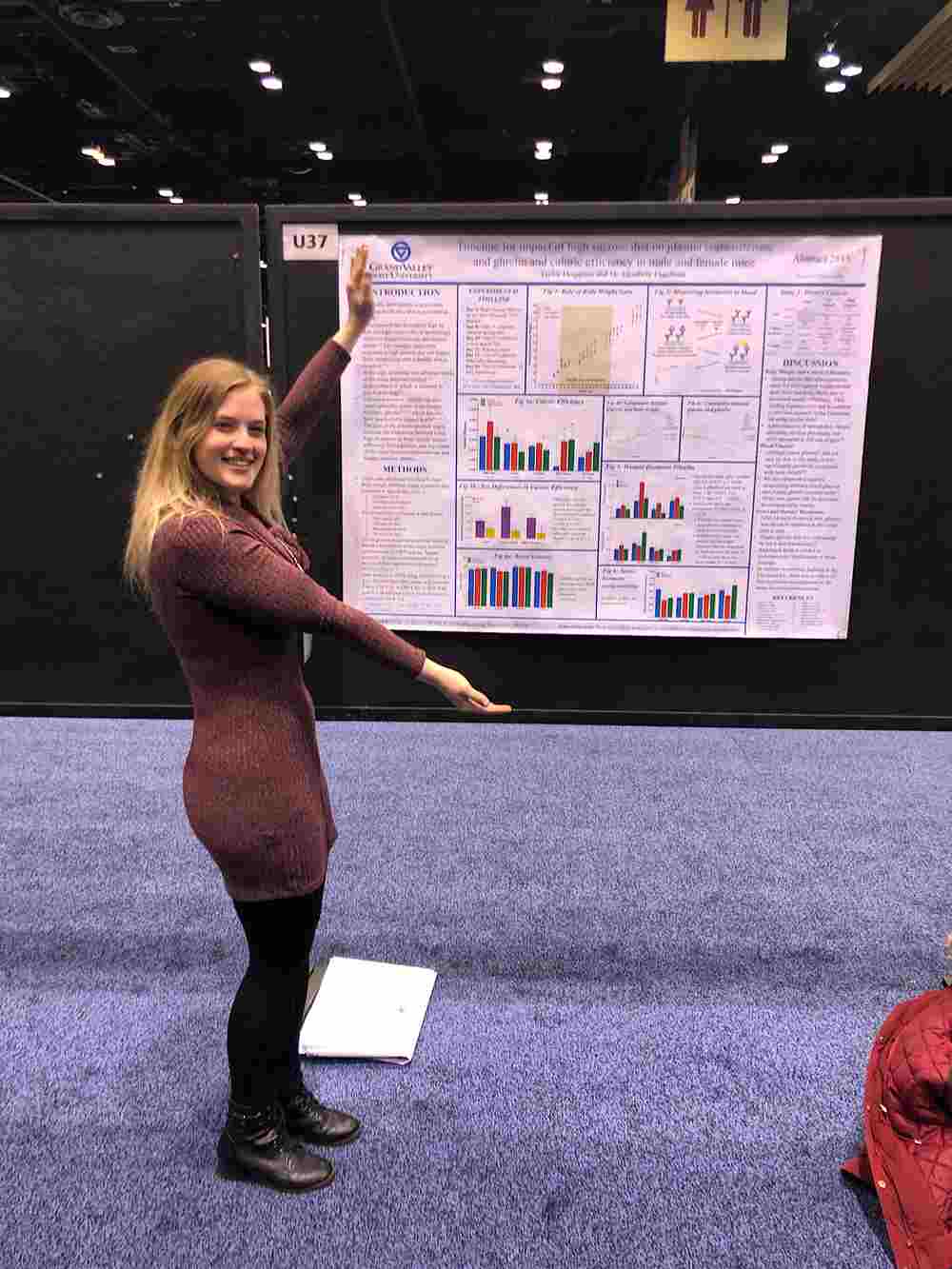 Taylor Desjarlais grew up in Howell, Michigan where she excelled in her early education before moving to the West side to attend Grand Valley State University. Taylor is the first in her family to pursue a doctorate degree and a career in research. Her passion for the sciences, neuroscience in particular, started in her high school courses, and has only grown since arriving at Grand Valley. In addition to research in neuroscience, Taylor is excited by the prospect of becoming a Professor and sharing her passion for the discipline with her future students. While attending Grand Valley, Taylor was a part of Dr. Elizabeth Flandreau’s research team. This year, Taylor presented research on the “Interactions between Stress and Diet on Endocrine and Gene-expresson Outcomes in Mice” and the “Timeline for impact of high sucrose diet on plasma corticosterone and ghrelin and caloric efficiency in male and female mice”.  In recognition of her accomplishments, Taylor was awarded the Psi Chi Student of Distinction Award this spring.

Environmental stress is known to increase risk for mental illness, however, it may also increase the risk for metabolic syndrome characterized by obesity and type 2 diabetes. Conversely, an unhealthy diet is known to increase risk for metabolic syndrome but may also be a risk factor for mental illness. In this study we find that 10 days of social defeat stress plus unhealthy diet high in fat or sucrose led to changes in endocrine systems and brain gene expression 30 days after the exposure. These data support the hypothesis that even short term administration of a high sucrose diet can lead to long-term changes in endocrine systems and brain circuitry relevant to stress and metabolism.

An unhealthy diet is known to increase risk for metabolic syndrome but may also be a risk factor for mental illness. The present study examined the influence of a high sucrose diet (50% sucrose) on two hormones that are both implicated in stress and metabolism: corticosterone, and ghrelin. Control mice were fed a matched diet with less than 1% sucrose or standard chow. We’ve previously found that 10 days of a high sucrose diet increased negative-valence behavior related to anxiety and also increased plasma corticosterone and ghrelin concentrations 30 days later. The present study measures caloric efficiency weekly and collected blood 24 hours, 7 days, 14 days, or 21 days after starting the special diet to establish a timeline for changes in these endocrine systems, which may explain the links between metabolic and mental illness.


Page last modified May 26, 2020
Report a problem with this page