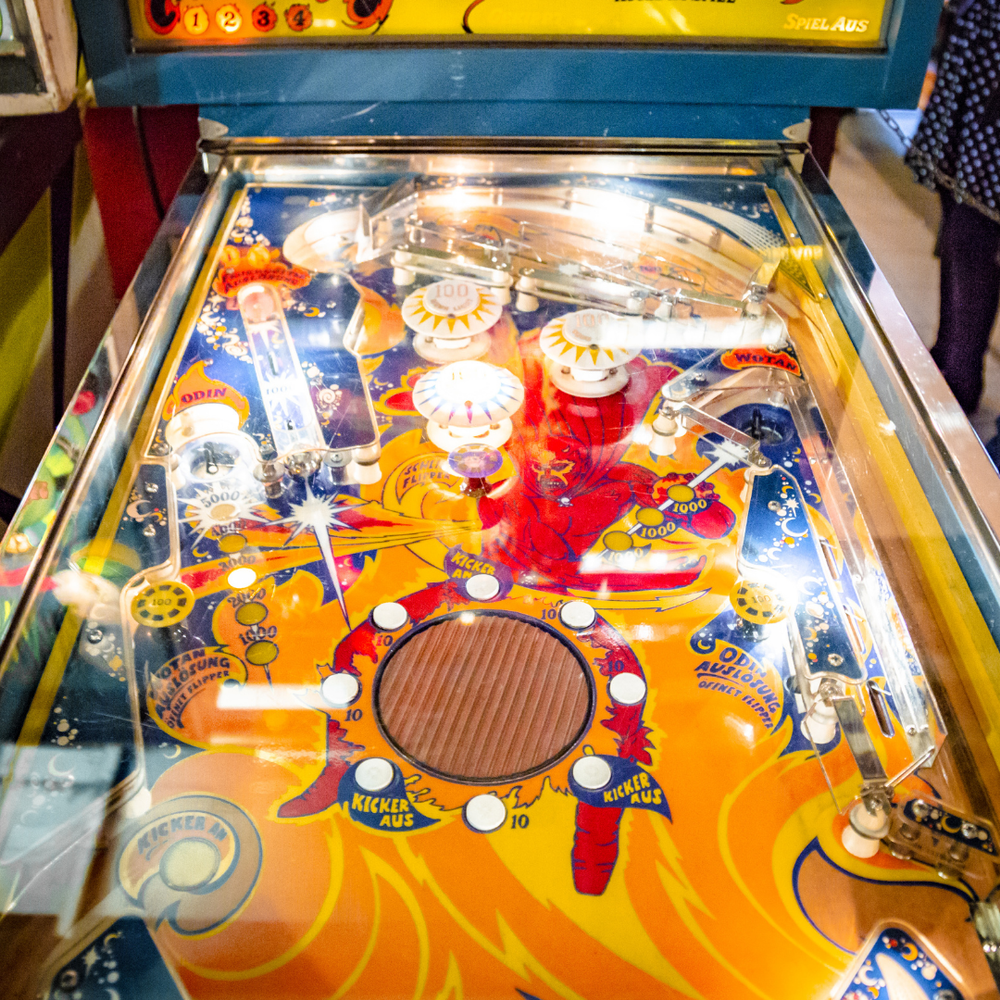 When David Pevic and a team of fellow Grand Valley State University mechanical engineering students set out to create an environmentally friendly project that encouraged recycling, they wanted to reconsider the reasons people recycle. Tried and true are the methods of rewarding recyclers with economic incentives or the promise of saving the environment, so Pevic and his team thought as far outside the box as possible. Their project aims to reward good recycling habits with something unexpected: a game of pinball.

The plan, which has been underway since June, is to create a fully functioning pinball machine that uses recycled aluminum cans as balls. Players will provide a recyclable can and be granted one game of pinball for their efforts. The team is working on this project as part of the Padnos College of Engineering and Computing (PCEC) Combined Degree scholarship program.

“I want to do my professors proud, and for this scholarship, I want to make sure I’m earning my keep,” Pevic said. “It’s a chance for all of us to pursue excellence.”

Engineering students Nate Holmes, Co Nguyen and Sydney Hill make up the rest of the team. The finished machine will include custom artwork, sounds, graphics, and a custom playfield, all designed and built by a team of students.

Brainstorming the idea for a fun recycling incentive wasn’t easy, and the idea of a pinball machine was not taken very seriously when it was first suggested, Pevic said. As the team thought about the idea a little more, they realized the potential a one-of-a-kind pinball machine could have.

“Part of the reason why we chose the pinball machine was because of the wide age group it appeals to,” Pevic said. “Someone I was speaking to put it perfectly, ‘People who are new-school like it because it’s retro, and people who are old-school like it too because that’s what they know.’”

The team is receiving help from several PCEC professors, including Dr. Sanjivan Manoharan, whom Pevic made sure to shout out for his guidance. Overall, the team of students is working independently on most of the project, but they rely on help from faculty members for things like ordering parts and the occasional confusing question.

“They’re not micromanaging us; they really have a hands-off approach where it’s largely me and my group figuring out what we need to do, our scope and our scheduling,” Pevic said. “The professors check in on us and make sure we’re still making progress but it’s mostly just the four of us going at it.”

As for how the team is fitting all this work into their already-packed schedules, Pevic put it simply.

“Basically, we fit it in where we can,” Pevic said.

The pinball machine has the chance to serve as an example of what engineering students can accomplish at GVSU. Pevic and the team imagine the machine being showcased in one of the engineering buildings on campus, where projects from past students are displayed for tours and other visitors.

“They have large posters explaining different projects that students have done and they say stuff like ‘Here’s this challenging project that students solved’ and prospective students seeing that think ‘Wow, they do cool stuff here’ so I can see us being in that category,” Pevic said.


Page last modified October 4, 2021
Report a problem with this page