There will not be an REU in Summer 2023. Check back in January 2024 for information on future years!

Imagine spending a summer in a beautiful, quiet, rural setting in which the days are mild, it stays light until well after 10 p.m., and where you are 15 minutes from a major metropolitan center (Grand Rapids, MI) and also only 20 minutes from gorgeous Lake Michigan beaches. Now imagine that, in this fantastic place, you get to spend your time engaged in honest mathematical research. This is the environment in which students have been active in recent years in the GVSU REU program.

Each summer, the Mathematics Department at Grand Valley State University invites eight students from across the country to participate in our REU program. Students from as far west as California, as far east as Maine, as far south as Florida, and as far north as British Columbia have participated in our program. Past REU participants have gone on to graduate programs at Yale, Michigan State, Cornell, Nebraska, Iowa, Vanderbilt, Oregon, and elsewhere. Other alumni have accepted jobs in government and industry, including positions at the National Security Agency, General Mills, and the Federal Reserve. The first summer program took place in 2000. Since then, programs have occurred every summer since 2002, with a brief hiatus in the summers of 2020 and 2021.

We begin each Monday with breakfast provided by the faculty. Throughout the week, teams of students work on their projects, meeting every weekday with their faculty mentors. Approximately every other week, each team gives a 20 to 30 minute presentation about their research. In the middle of the week, there is "Group Fun" activity, which can be miniature golf, a movie, a minor league baseball game, or something else, depending on the students' interests. At the end of the week, a guest faculty speaker gives a seminar talk on his or her research.

Dissemination is an important component of any professional work. During the program, students give several talks on their research, including talks at a statewide REU conference and at MathFest (the summer meetings of the Mathematical Association of America). Students also write weekly reports on their accomplishments, which are eventually combined to create a final technical report. This final report can serve as a starting point for creating a manuscript to be submitted to a journal.

Presentations of results continue past the conclusion of the eight-week REU program. The REU faculty at Grand Valley maintain communication with our REU students and coordinate with faculty at their home institutions to encourage students to give talks on their work at departmental seminars and at regional and national meetings.

During the program, participants travel to visit a department that houses a graduate program in mathematics (such as Michigan State University), where they have the opportunity to interact with graduate students and faculty. All participants speak at the SUMMR (Summer Undergraduate Michigan Mathematics Research) Conference, which brings together students from several undergraduate research programs within the state of Michigan. At the end of the summer, students and faculty have the opportunity to travel together to MathFest (in Philadelphia, PA for 2022). At MathFest, each research group gives a talk on their research to an audience of students and faculty from programs throughout the country. Past REU students have been honored with a number of awards for their talks at MathFest. (See the News, Notes, Awards page for more details.)

Funding from the National Security Agency and GVSU allows us to provide a generous compensation package for our undergraduate participants. In addition to housing on GVSU's campus (in air-conditioned apartments) and a $800 food allowance ($100 per week), participants in the 2022 program will receive a $5,400 stipend. Additionally participants will be reimbursed for up to $300 for travel to GVSU, and travel and registration is covered for the SUMMR Conference and MathFest. 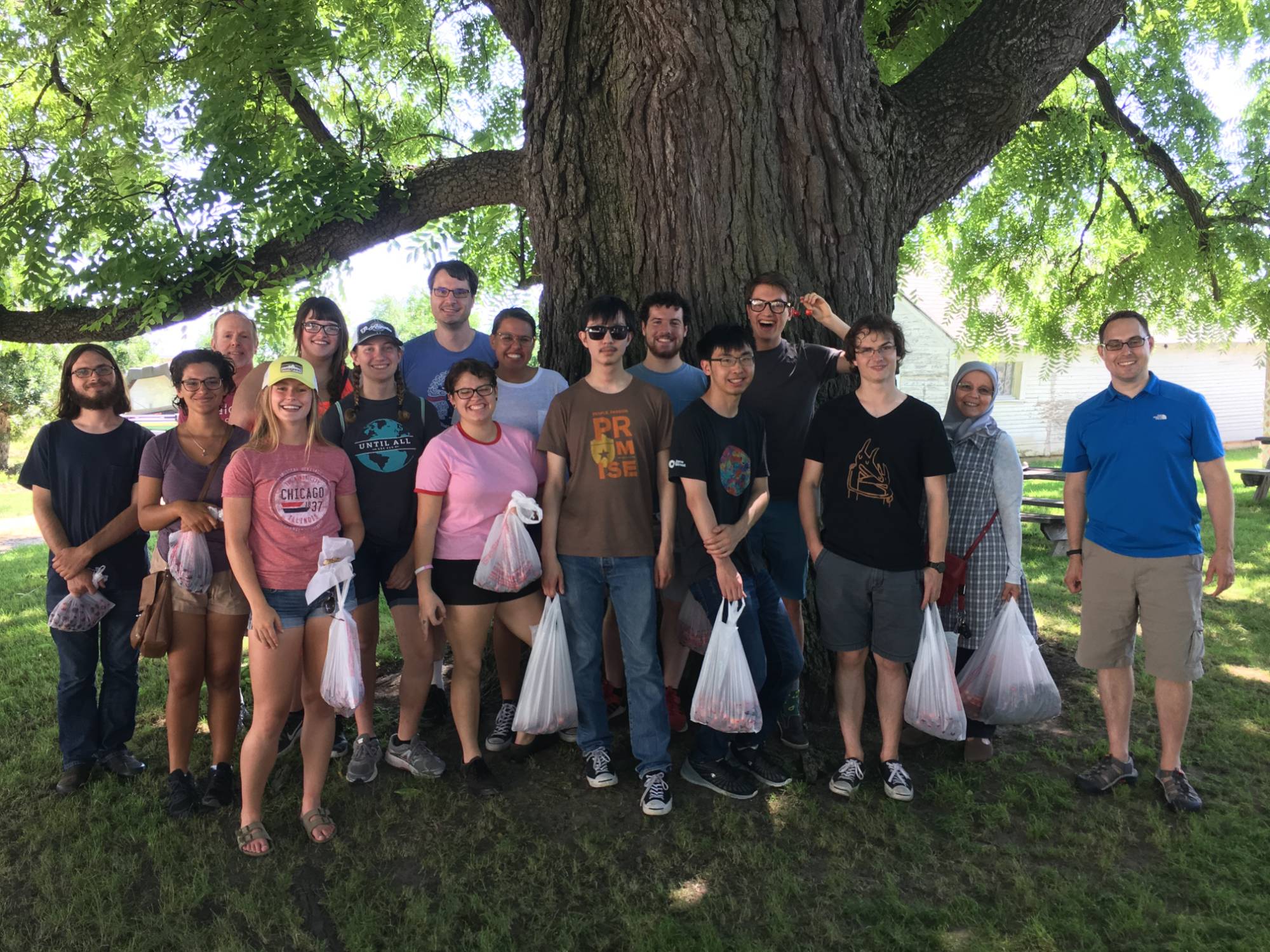 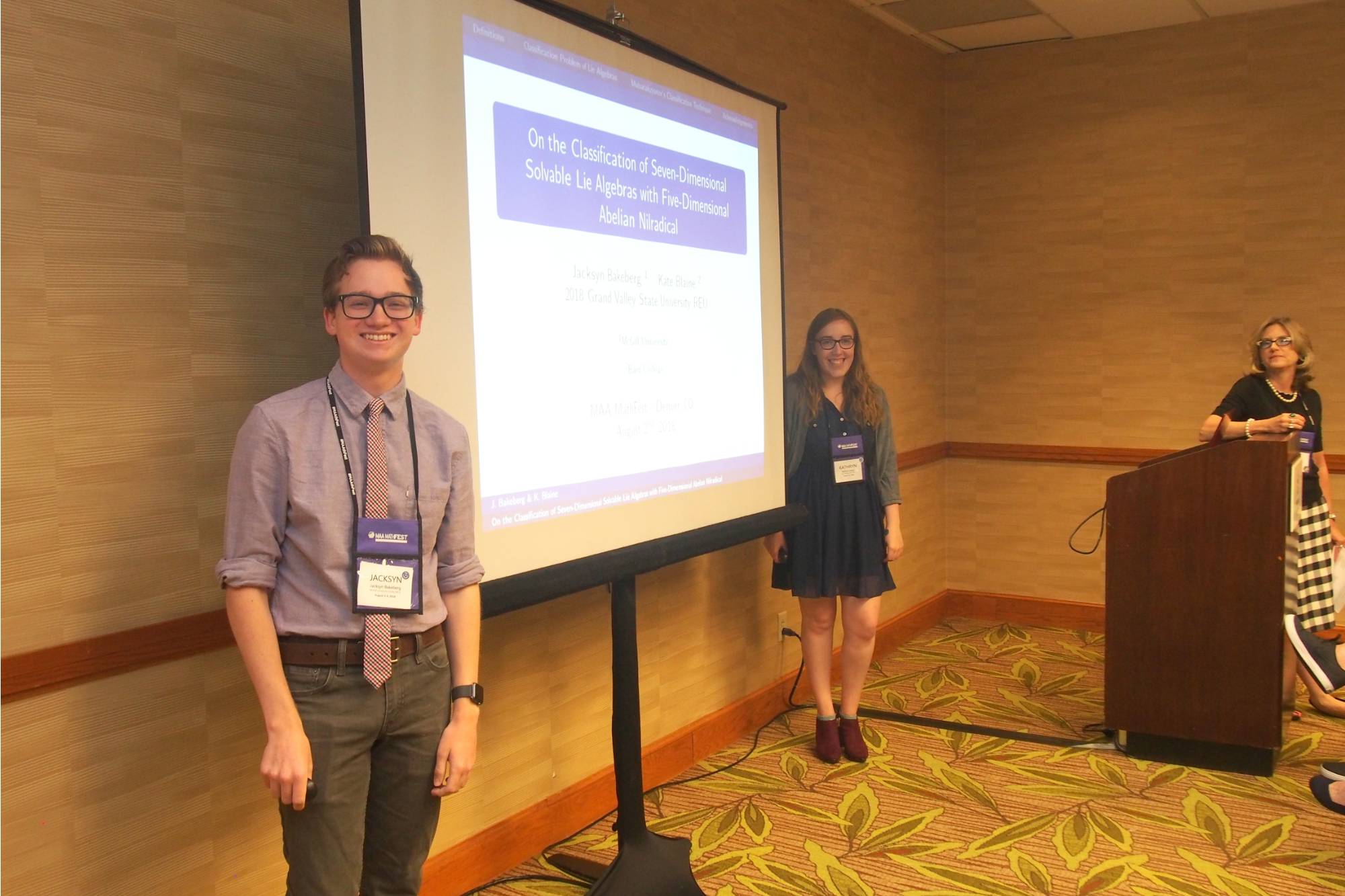 2015: The REU students in Washington, DC for MathFest 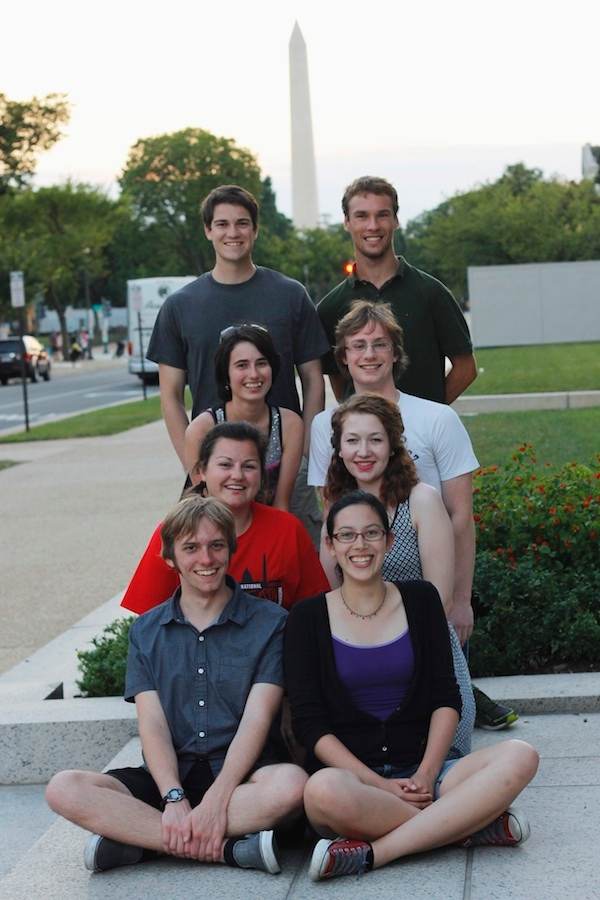 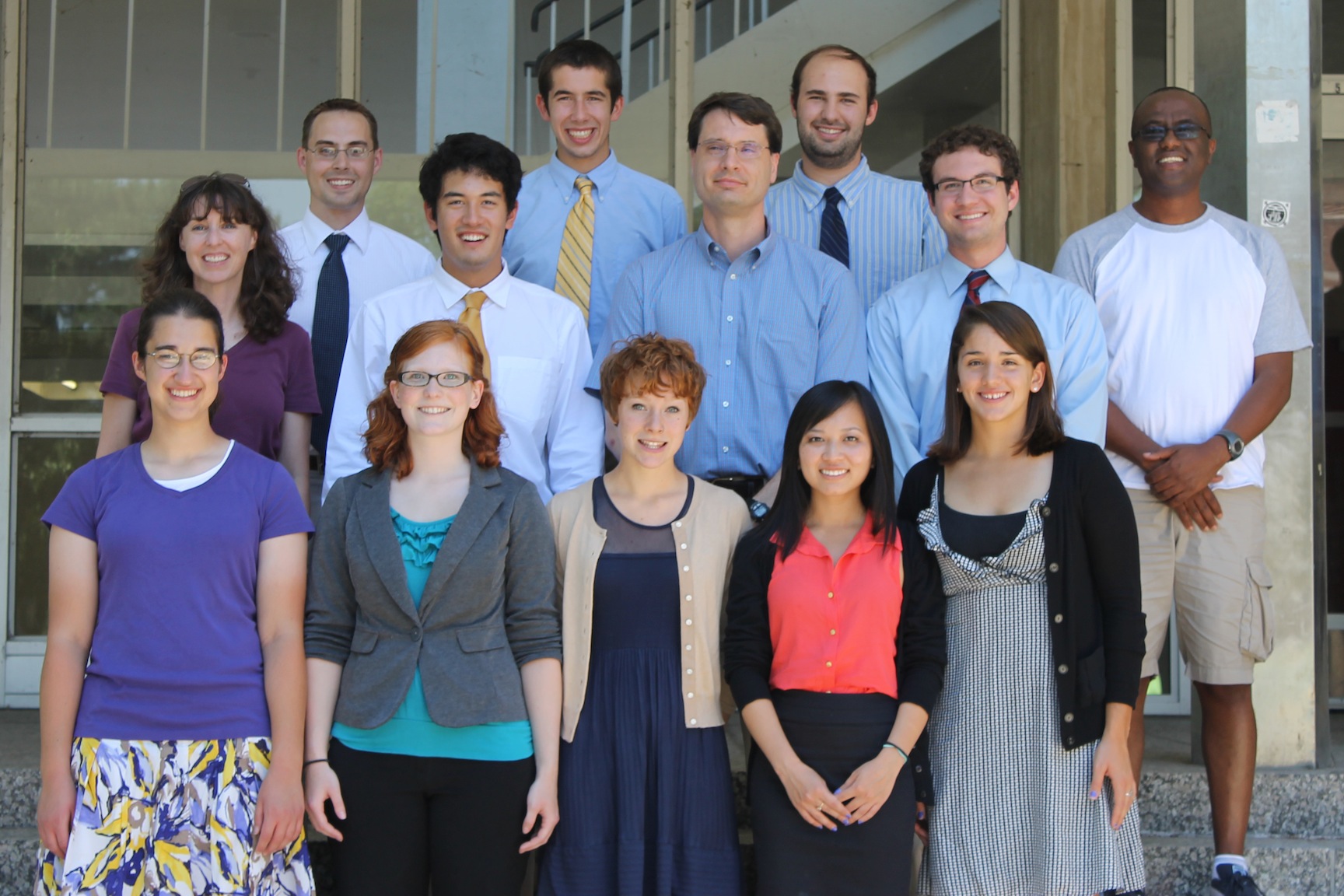 2012: The REU group at the SUMMR conference at Michigan State University 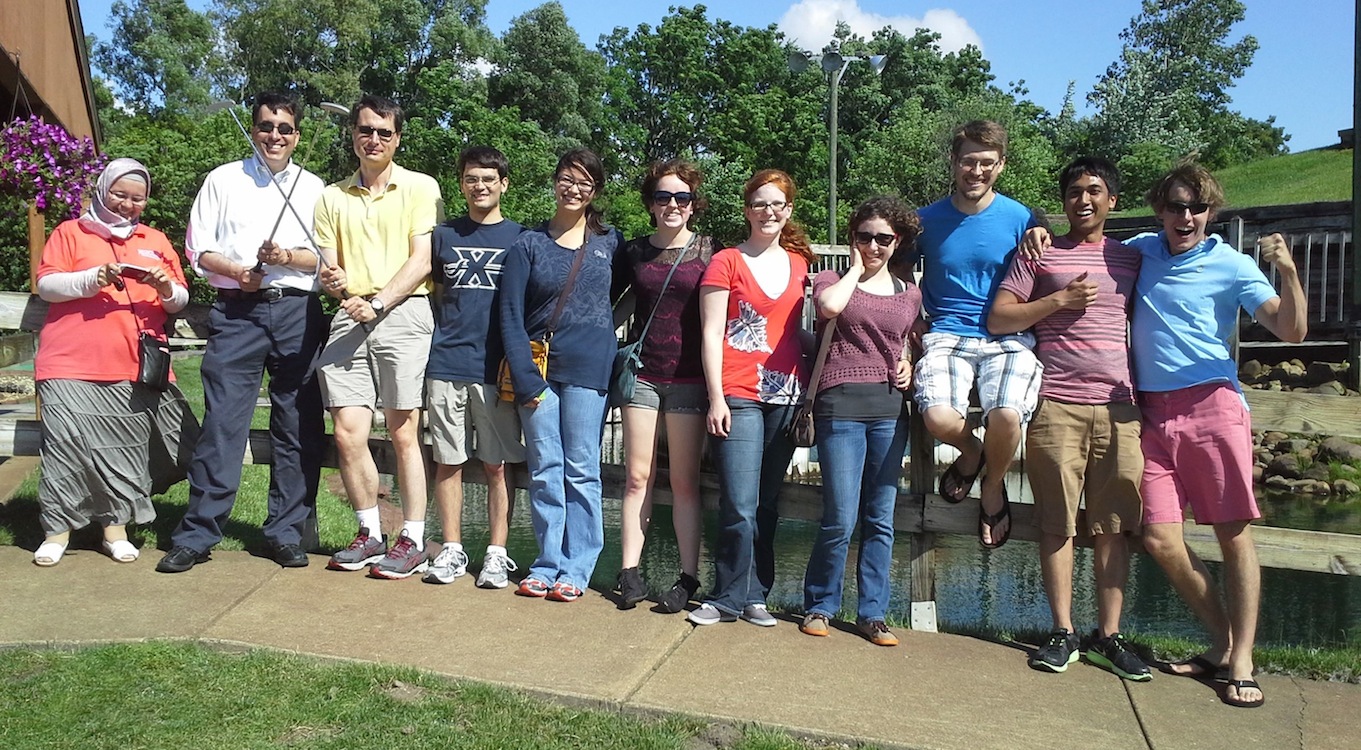 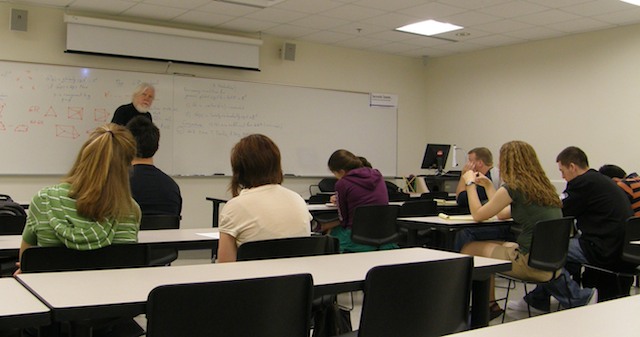 2010: A talk by Dr. Bob Connelly of Cornell University 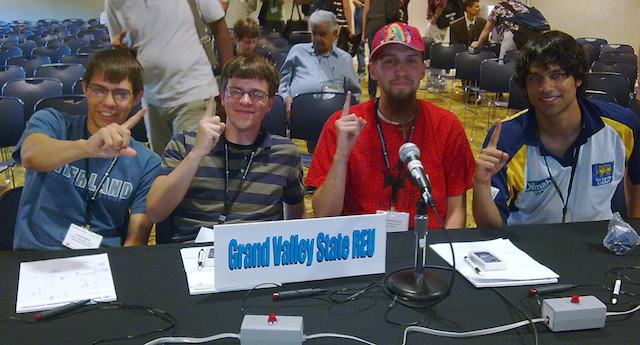 Page last modified October 12, 2022
Report a problem with this page