Kaufman in the News 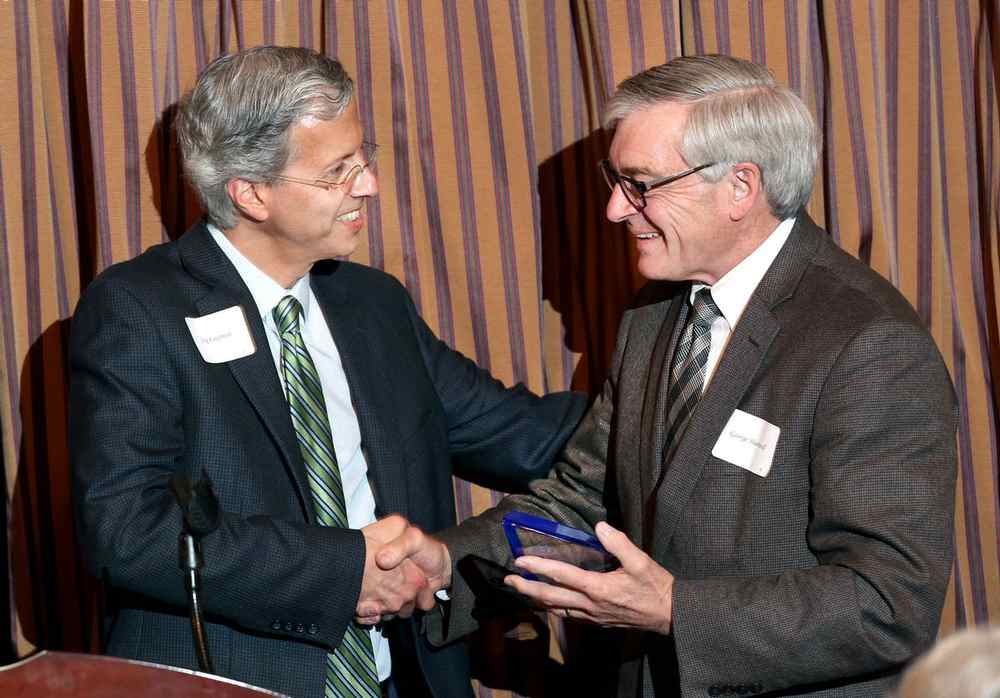 Former mayor George Heartwell received the Sylvia Kaufman Interfaith Leadership Award for 2016.  He was recognized for his early work in establishing one of the first Habitat for Humanity chapters outside of Georgia as well as for his ministry to the Heartside community for 14 years prior to his being elected as the mayor of Grand Rapids.  His declaration of the 2012 Year of Interfaith Understanding initiated a community-wide focus on interfaith that led to over 300 events and recognition nationally.  He also declared the Year of Interfaith Service in 2015 for which service activities continue on an interfaith basis.

The award was created in 2014 and named for Sylvia Kaufman, founder of the Kaufman Interfaith Institute and active in promoting interfaith understanding and acceptance for over 25 years. The award was presented to George Heartwell by her son, Greg Kaufman.

View More Kaufman in the News


Page last modified April 6, 2016
Report a problem with this page