The Scholars have done a variety of impactful programs in the past, from technology and hygiene drives to addressing Eurocentrism in the classroom curricula. This year’s Leadership Scholars wanted to do a project that focused on environmental racism and shared perspectives from different religious, spiritual and secular backgrounds that speak to why caring for the earth is important. Having learned from an Ottawa County naturalist that invasive species are one of the biggest threats to our West Michigan environment and that many of the parks accessible to communities of color are disproportionately impacted, our Scholars set out to see how they could help.

As the Scholars explored the impact of invasive species, they found that garlic mustard was a particular problem, depleting the soil of nutrients and leaving an "oil-spill-like” mark on the land it inhabits unless it is removed. This vivid imagery and the need for accessible nature spaces for our community led the Scholars to seek out a garlic mustard clean-up at Aman Park, which has some of the most abundant variety and quantity of indigenous wild flowers in West Michigan. Unfortunately, the park is being invaded by garlic mustard.

In partnership with the City of Grand Rapids and Friends of Grand Rapids Parks the Scholars recruited peers and community members to assist with the clean-up efforts. The Scholars wanted to leave a lasting impact so they also built boot cleaning stations to be installed at Aman Park and other GR parks. These stations will prevent the spread of invasive species outside of the park. The students also compiled videos of multi-faith perspectives on this topic and shared them on Kaufman's YouTube channel.

What was the impact? Friends of Grand Rapids Parks reported that the Scholar’s clean-up day was the largest group of volunteers they had ever had – pulling a total of 10 industrial sized garbage bags worth of garlic mustard AND installing 6 boot cleaning stations at 3 Grand Rapids area parks. Clearly there is power in their passion.

During his time with Kaufman, Vishnu, a Junior in Grand Rapids shares, “Being an Interfaith Scholar has helped me improve my leadership skills, learn about the different religions represented within my community, and understand the intricate socio-political issues that plague our society today.”

“The lessons I have learned about systemic racism, inequity, and religious discrimination have impacted the speeches I deliver and the arguments I advance during Speech and Debate competitions. This program has helped me build the skills I need to become a better leader, as well as enabled me with the resources needed to help my community

In its first year, in response to the COVID-19 pandemic the 2019/2020 Kaufman Interfaith Leadership Scholars focused on addressing some of the issues that arose in our community. They served as a catalyst for positive change and community engagement. Two main areas of focus were identified: Community Mobilization and Rectifying False Narratives. 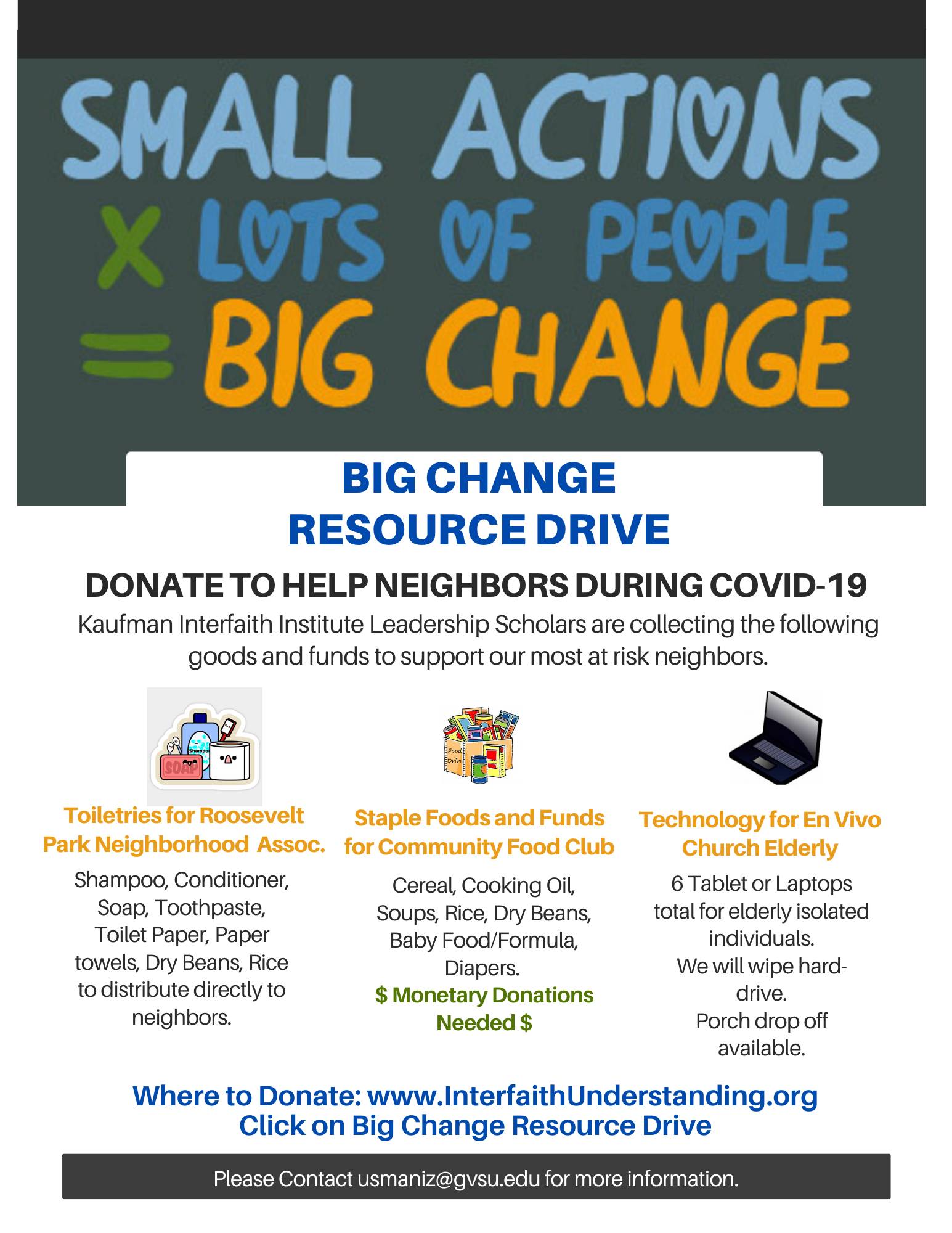 This task force worked to meet the needs of the most under resourced populations in the greater Grand Rapids area. Three main organizations were selected as partner organizations, En Vivo Church, Community Food Club and the Roosevelt Park Neighborhood. Through grassroots broad based community organizing conversations these organizations expressed specific needs which aligned with the passions of this task force. The Community Mobilization task force expanded its community partnerships as needs were met and other needs were identified. They believe that small actions x lots of people = great change.

This task force collected technology for elderly isolated residents, staple food and toiletry goods as well as funds as part of their Big Change Resource Drive.

Recharge our Community - This initiative was developed by one of our scholars focused on workforce development.

There are false narratives living inside us. Narratives we've been taught to believe about certain people groups, institution or ideology that causes us to exhibit prejudice against the subjects of our narratives- often without realizing it. This means that we are inadvertently contributing to the collective illness in our country and harming the diverse community that is America. During this time of the COVID-19 pandemic, many false narratives are contributing to prejudice that stigmatize people and monger fear and xenophobia. By sharing our stories, images and videos to counteract these messages we will promote unity and rectify the disease of xenophobia. 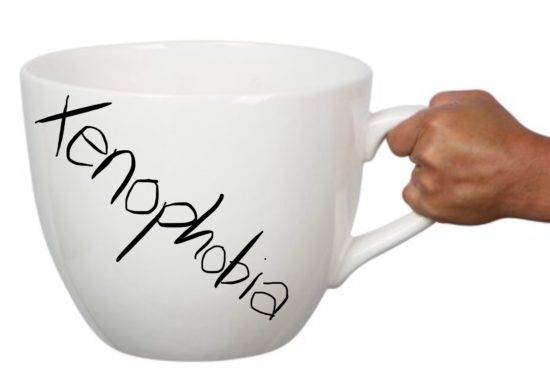 Page last modified August 22, 2022
Report a problem with this page