New Titles to be Announced Soon! 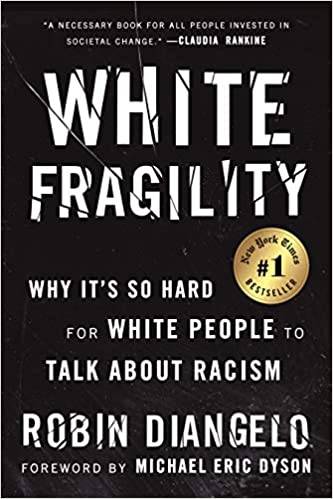 JUST FINISHED: White Fragility: Why It's So Hard for White People to Talk About Racism by Robin Diangelo

The New York Times best-selling book exploring the counterproductive reactions white people have when their assumptions about race are challenged, and how these reactions maintain racial inequality.

In this “vital, necessary, and beautiful book” (Michael Eric Dyson), antiracist educator Robin DiAngelo deftly illuminates the phenomenon of white fragility and “allows us to understand racism as a practice not restricted to ‘bad people’ (Claudia Rankine). Referring to the defensive moves that white people make when challenged racially, white fragility is characterized by emotions such as anger, fear, and guilt, and by behaviors including argumentation and silence. These behaviors, in turn, function to reinstate white racial equilibrium and prevent any meaningful cross-racial dialogue. In this in-depth exploration, DiAngelo examines how white fragility develops, how it protects racial inequality, and what we can do to engage more constructively (Amazon.com). 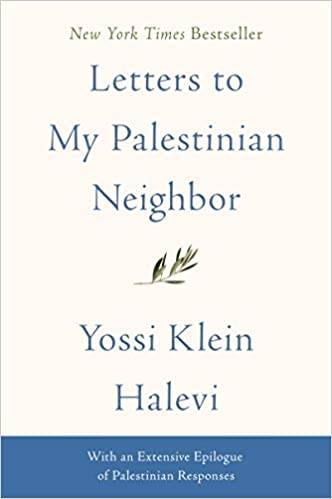 Attempting to break the agonizing impasse between Israelis and Palestinians, the Israeli commentator and award-winning author of Like Dreamers directly addresses his Palestinian neighbors in this taut and provocative book, empathizing with Palestinian suffering and longing for reconciliation as he explores how the conflict looks through Israeli eyes. And now, in a brand-new Epilogue, Palestinian readers have been given a chance to respond through their own powerful letters.

Letters to My Palestinian Neighbor is one Israeli’s powerful attempt to reach beyond the wall that separates Israelis and Palestinians and into the hearts of "the enemy." In a series of letters, Yossi Klein Halevi explains what motivated him to leave his native New York in his twenties and move to Israel to participate in the drama of the renewal of a Jewish homeland, which he is committed to see succeed as a morally responsible, democratic state in the Middle East.

This is the first attempt by an Israeli author to directly address his Palestinian neighbors and describe how the conflict appears through Israeli eyes. Halevi untangles the ideological and emotional knot that has defined the conflict for nearly a century. In lyrical, evocative language, he unravels the complex strands of faith, pride, anger and anguish he feels as a Jew living in Israel, using history and personal experience as his guide.

Halevi’s letters speak not only to his Palestinian neighbor, but to all concerned global citizens, helping us understand the painful choices confronting Israelis and Palestinians that will ultimately help determine the fate of the region. The paperback edition also includes a brand-new Epilogue, containing heartfelt letters of response from a variety of Palestinian readers (Amazon.com).


Page last modified September 24, 2020
Report a problem with this page