For the second year, the Student Awards Convocation will not be held in-person. Students who were nominated for Grand Valley's top academic awards are profiled below; students who received Excellence-in-a-Discipline Awards and other honors are listed online. 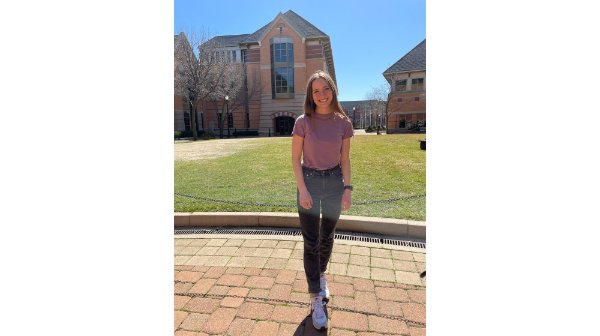 Jenna Stolzman was named the Venderbush award recipient; the award recognizes a senior who has demonstrated an exceptional blend of academic achievement and leadership efficacy while making significant contributions to the campus community.

Stolzman called Grand Valley's engineering co-op program, in which students are matched with employers, a priceless opportunity. She worked at GE Aviation in Muskegon and GE Additive Manufacturing in Cincinnati, Ohio. "I was considered a junior engineer and was given increasingly more responsibilities as time went on. Having the co-op program gives Grand Valley a huge edge over other programs," she said. 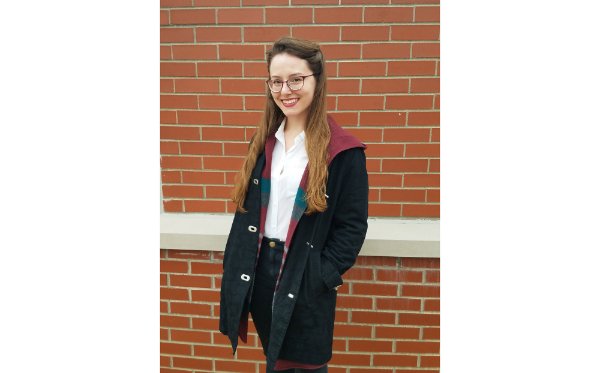 Taylor Slais was one of two recipients of the Glenn A. Niemeyer Outstanding Graduate Student Award.
Image Credit: courtesy photo

Taylor Slais will receive the Niemeyer award, presented to graduate and undergraduate students who demonstrate excellence in the classroom and co-curricular activities. Slais will earn a master's degree in accounting during winter commencement ceremonies and then begin a career as a tax accountant for Deloitte in Grand Rapids.

Slais earned a bachelor's degree from Grand Valley in 2019 and said the advice she received from faculty members played a role in her decision to stay at the university and earn an advanced degree.

"I had exposure to the Accounting Department through my first degree in economics and a general business minor and I really enjoyed talking to the professors who I would engage with through grad school here," she said. "Their guidance and knowledge definitely played a role in my decision to choose Grand Valley for my graduate degree, and I am very happy that I did so." 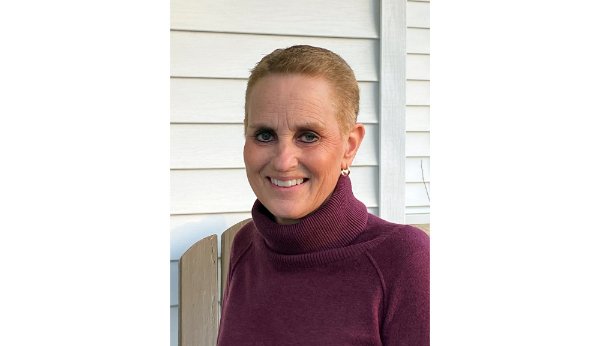 Cheryl Bos will earn a doctor of nursing practice degree, with an emphasis on health systems leadership, from the Kirkhof College of Nursing in April.

Bos, who lives with her family in Hudsonville, has held various nursing administrative roles and currently works at Spectrum Health's Helen DeVos Children's Hospital in the Congenital Heart Center. Bos said she enjoyed the flexibility of the DNP program, with its hybrid mix of in-person and remote classes.

"The DNP program fit my personal and professional goals of wanting to promote and advance the contribution nurses have made to the evolving health care industry," Bos said. 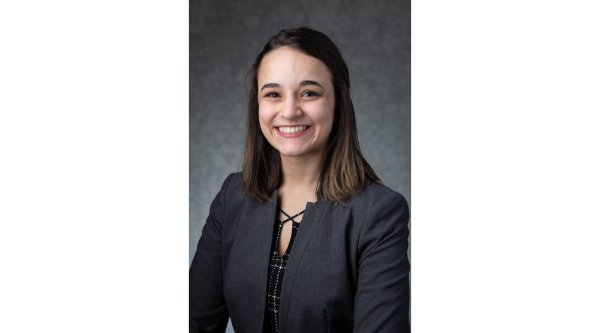 Isabella Purosky has combined her passions for music and medicine into a dual degree in biochemistry and music. The senior from Muskegon plans to apply to medical schools with the goal of becoming a pediatrician.

"This recital is a project that I’ve been working on for multiple semesters now, and I hope it brings awareness to women composers," Purosky said. "It has been fascinating to support my research through both my words and music together, and utilizing all the skills I’ve gained during my tenure in the music program." 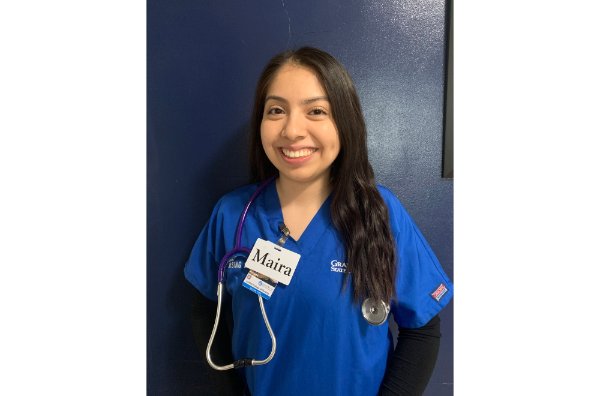 Maira Hurtado is majoring in nursing and will complete her first year at Grand Valley, after transferring from Grand Rapids Community College. The Gayle R. Davis Award is presented to a sophomore or junior who is the first generation in their family to attend college and shows promise as a future leader.

Hurtado currently works as a certified nursing assistant at an area nursing home. She said nursing has been a calling for her throughout high school. "When I was 6, I was diagnosed with a heart murmur and going through that experience has given me an appreciation for what nurses do," she said.

Hurtado is active in Grand Valley's TRIO-STEM program and the Student Nurses Association through the Kirkhof College of Nursing. Both programs have peer mentor programs, which Hurtado said has been helpful to learn to navigate Grand Valley's resources and services. 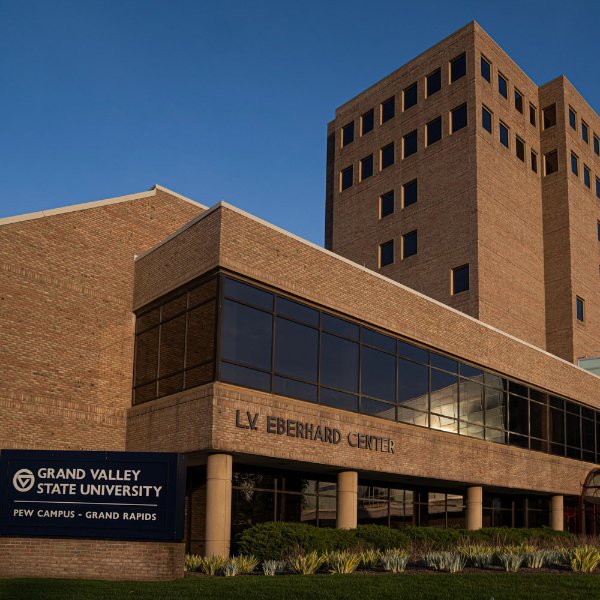 Student Awards Convocation will recognize achievements in classroom, on campus 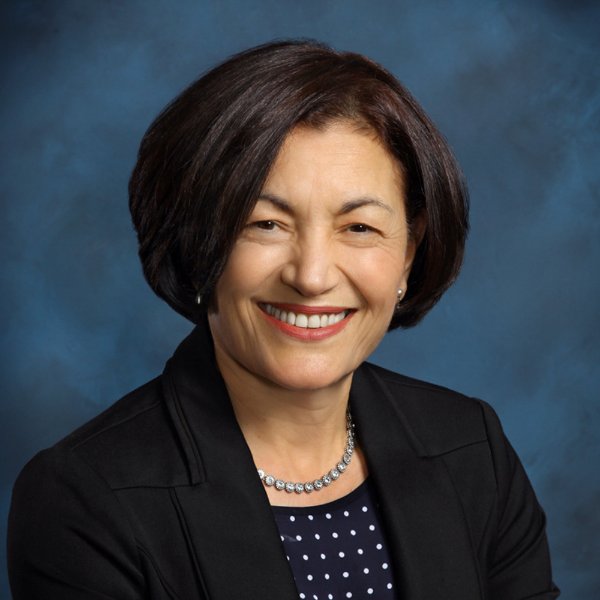 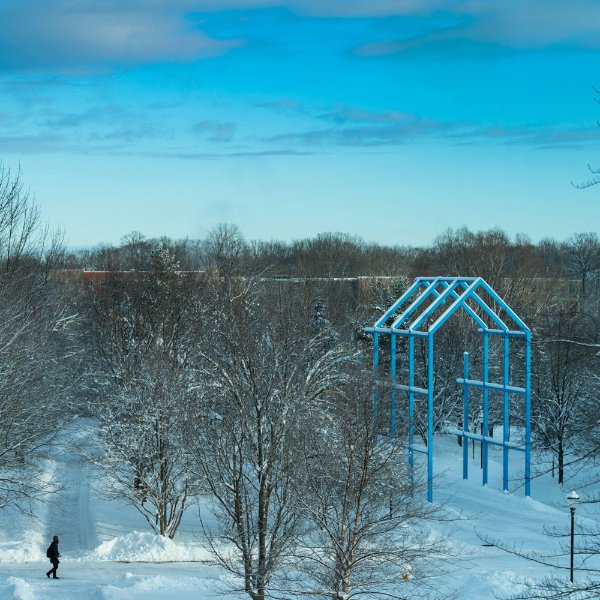