Grand Valley's New Music Ensemble was back on the road this summer to celebrate national parks by performing specially commissioned music to reflect each of the six locations.

Members embarked on a 16-day, 3,100-mile tour of parks in the eastern part of the country and Great Lakes region, taking them from saltwater to mountains to freshwater and more, said Bill Ryan, ensemble director. Previous national park tours by the ensemble had been western jaunts.

It was the trip the ensemble had planned for 2020 until it was postponed because of the COVID-19 pandemic. With a third funding award in place from the National Endowment for the Arts, the commissioned composers created work that captured natural beauty, memories from time spent in a park and more, Ryan said. 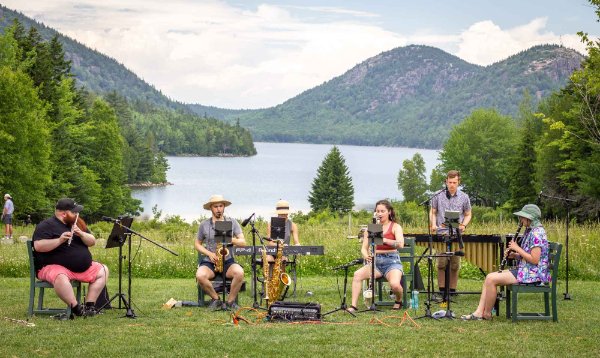 Ryan said he came back exhilarated from the tour, which he called remarkable and hard to put into words. The live performances after such a long pandemic-related layoff were profound not just for the members, but also apparently for audience members.

"On its own, it's a remarkable experience, but when you throw in the fact that we hadn’t played for two years for a live crowd, I’m speechless in an attempt to describe the experience," Ryan said. "My students told me they saw audience members in tears, as this was their first live concert experience since pre-COVID."

Besides the joy of performing for a live audience again, playing amid the ambient sounds of the parks was also part of the uplifting experience, Ryan said. They could hear wildlife, people coming and going and waves of sound coming from cicadas. 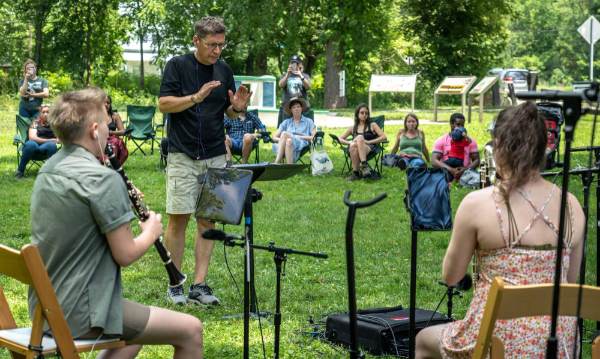 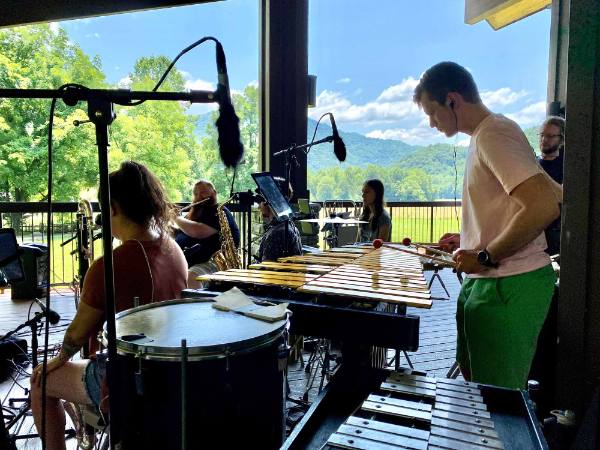 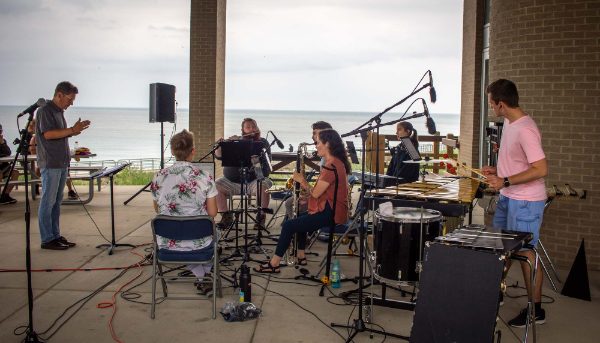 In fact, when some composition parts allowed freedom to be spontaneously creative, ensemble member Gracie Barrett used the cicadas and sounds of birds to inspire her playing on clarinet.

Barrett, a music education with performance honors major, said performing outside was energizing as was performing for a live audience.

"For me it felt really good. I couldn't really remember how it felt to perform for an audience of mostly strangers," Barrett said. "The energy of the crowd spoke to me, if not all of us. We felt them and we fed off their energy and it made the performances all really special." 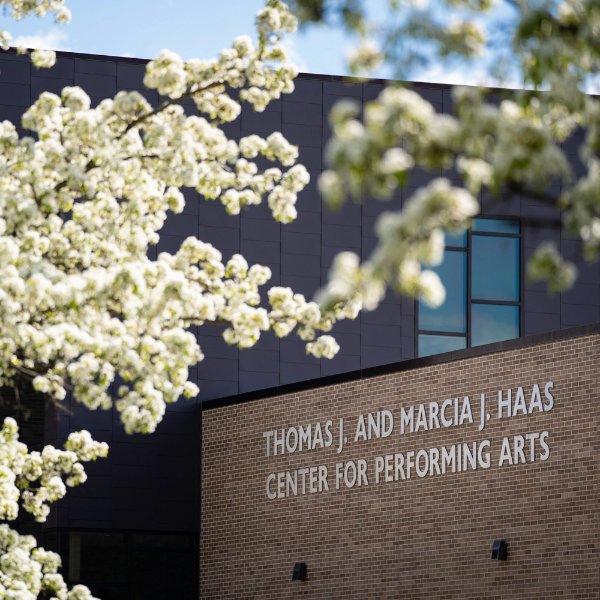 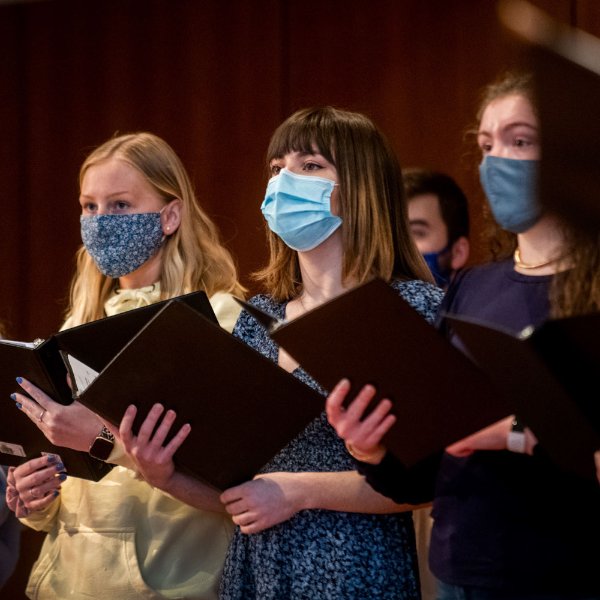 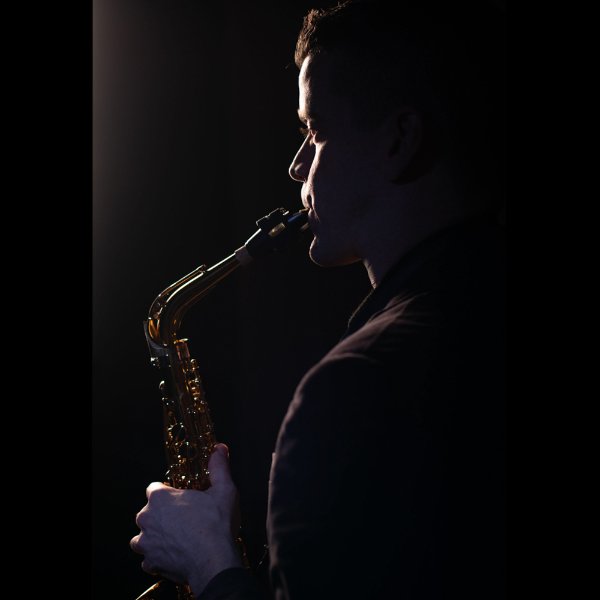