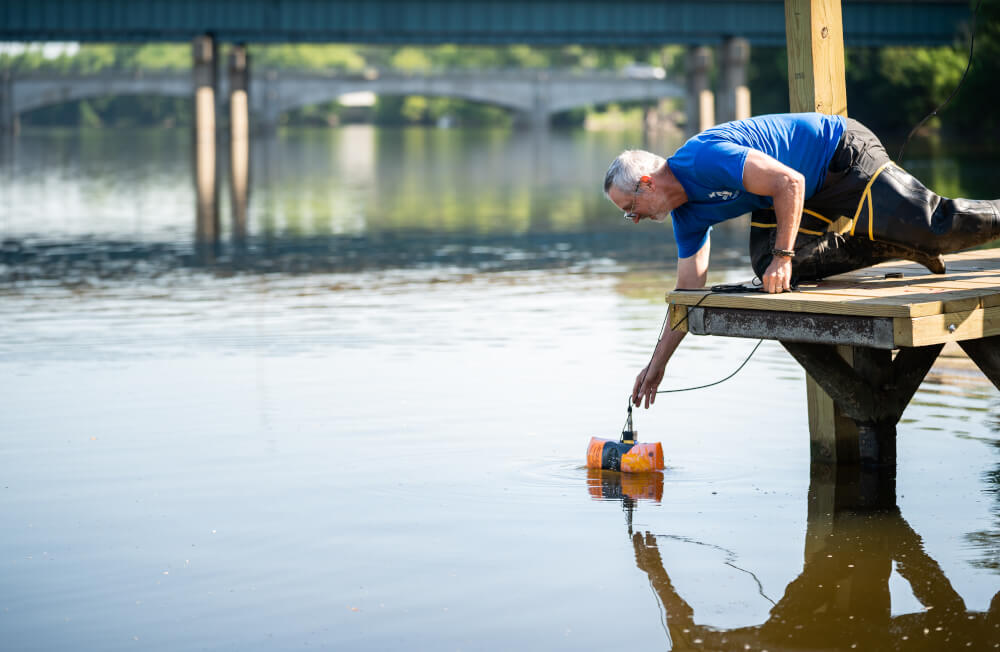 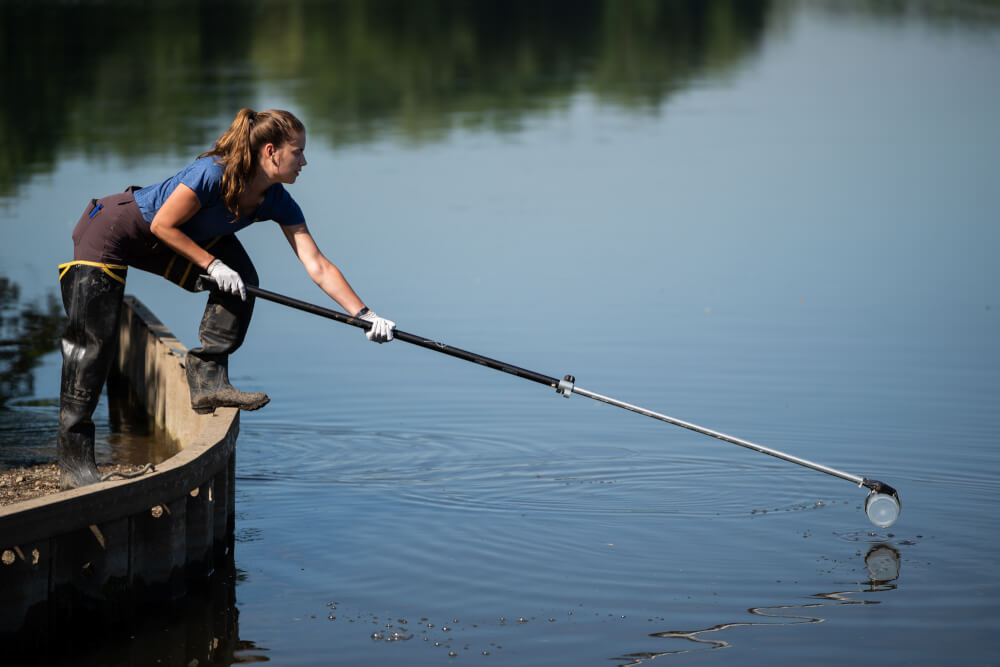 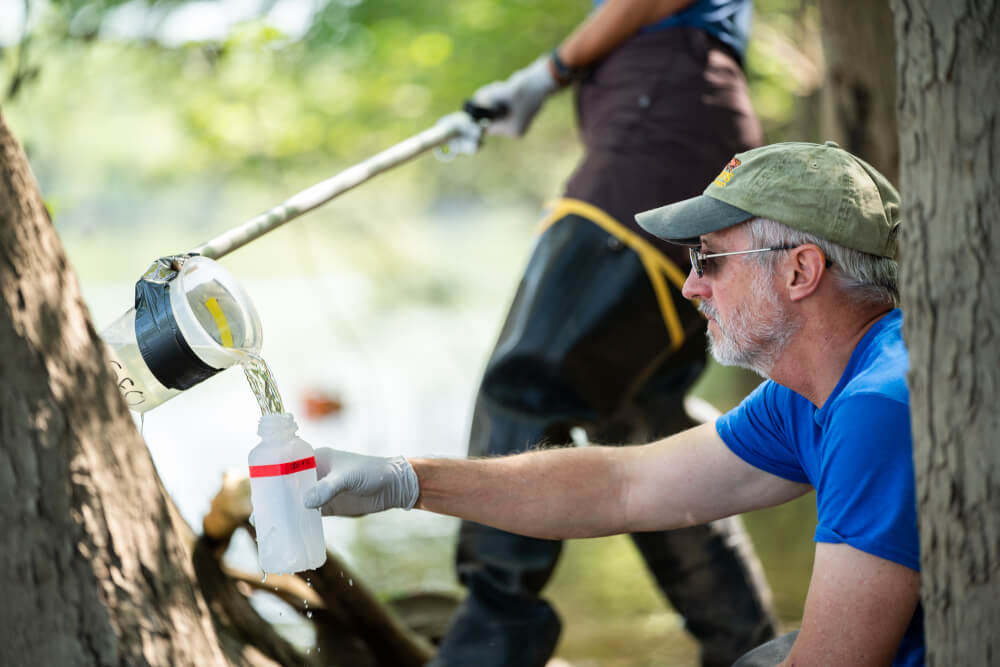 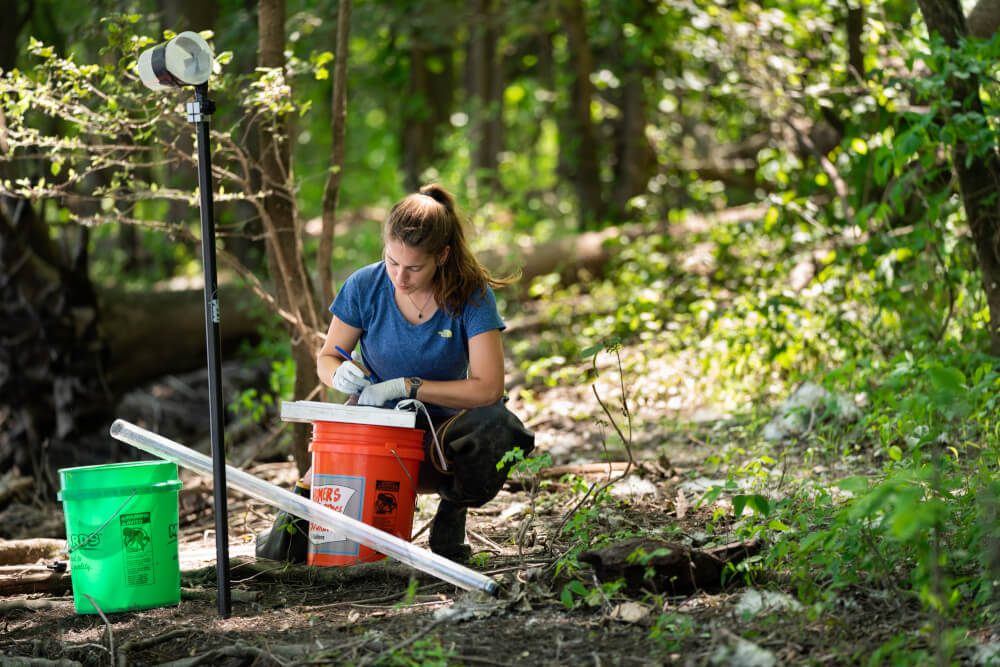 Peter Wampler, professor of geology, was knee-deep in research preparations for an expedition of the Grand River done every 10 years since 1990 to assess the 252-mile stretch and raise awareness about its importance to the state.

The COVID-19 pandemic forced organizers to postpone the expedition until 2021, but Wampler decided to continue with plans to collect data through water samples taken from points along the river. He was joined by Tara Kneeshaw, assistant professor geology, and student Jillian Ashton, who was doing the research as part of the Student Summer Scholar Program.

The effort is also part of the Making Waves initiative, for which Wampler is a co-leader.

"Our overall goal was to take the vital signs or statistics of the Grand River in as complete a way as we can," Wampler said. "We would love to get a data set and encourage people to do it more often than every 10 years; it would be better every two or three years."

Team members reproduced the sample set from dozens of sites taken along the river for the initial expedition 30 years ago, Wampler said. They took the first batch of samples from the water's edge with plans to follow up by paddling to obtain a different sampling for a more complete picture.

They are analyzing the samples taken in recent weeks for comparison to the data taken during the initial expedition in 1990, Wampler said. Besides collecting samples to test for levels of nitrates, phosphates and chemical ions that indicate conductivity, researchers also noted elements such as water clarity and color.

While results are preliminary, Wampler had an early impression: "The E. coli data is better than I thought it would be."

Kneeshaw said as a geochemist she studies the hydrochemistry of the water, the invisible parts. She said analysis is showing nitrates and phosphates are higher than they should be; a high concentration of those nutrients can cause algae blooms.

Salts were also higher than they should be, Kneeshaw said. While it is common to attribute that factor to road salt runoff, Kneeshaw noted salt levels are affected by everything from soap to people's food intake — basically anything that goes down a drain. Higher levels can affect the overall freshwater ecosystem.

That's why monitoring is so important, Kneeshaw said. While some in the public worry that sampling means something is wrong, Kneeshaw said the testing helps researchers understand the river's health so they can be prepared to react if necessary.

She also is hopeful that efforts such as this can reinforce for the general public how connected water quality is to our lives. "We don’t get new water; all we have is what we have."

A passion for water quality and the environment is what led Ashton, who is majoring in geology and chemistry, to participate in the project. She played a key role in the nitrate sampling.

The work she did reinforced her career aspirations, Ashton said.

"I want to work with fresh water. I want to play my part in protecting these systems," Ashton said. "Doing this project hit the bullseye in exactly what I want to do when I graduate from Grand Valley, working with water quality. This was a great opportunity to learn those tools and mechanisms of what you’ll see in the real world."

All of the researchers were struck by the changing personality of the river, a major watershed that starts out as a seemingly inauspicious stream in Hillsdale County, then grows as tributaries feed it along the route to Lake Michigan. Its character changes and its full might is on display near the Allendale Campus as it flows through the valley that is the university's namesake.

Wampler described the river as energetic in some spots and tired and overused in others. He said he holds out hope for this important waterway because of its healthy parts, adding he is dedicated to educating the public about the need to care about and protect this resource.

"There is a sense that different communities embraced the river differently. Some communities saw the river as their neighbor and part of their community and others saw it as a nuisance," Wampler said. "If each community decided, 'We want the water to leave our community better than when it enters,' that would go a long way to making it healthier." 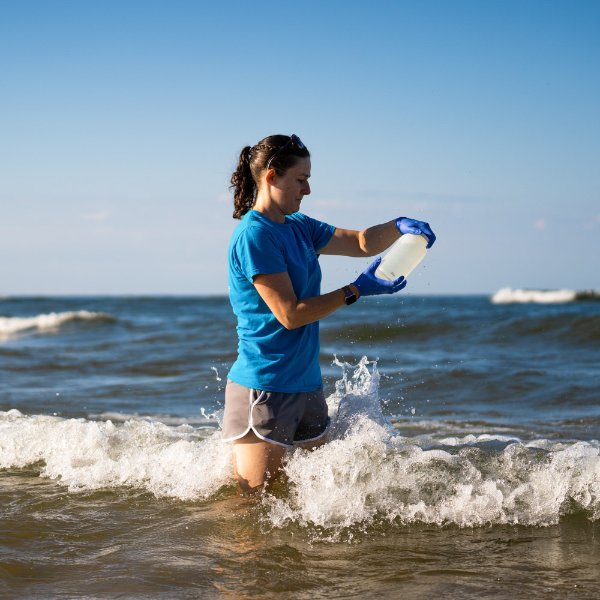 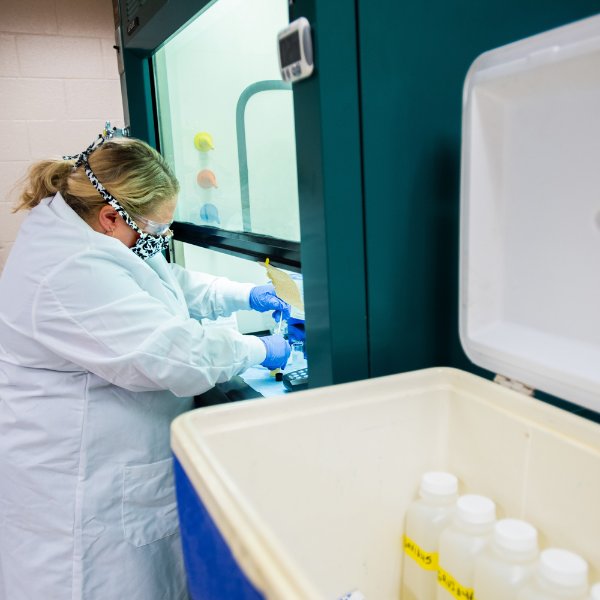 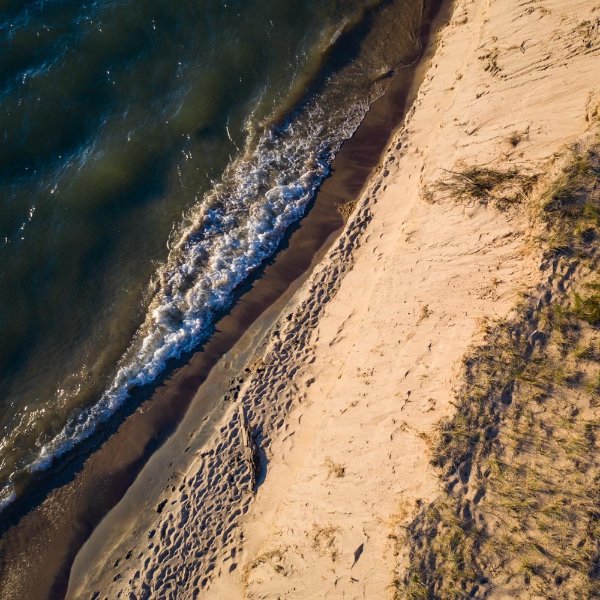