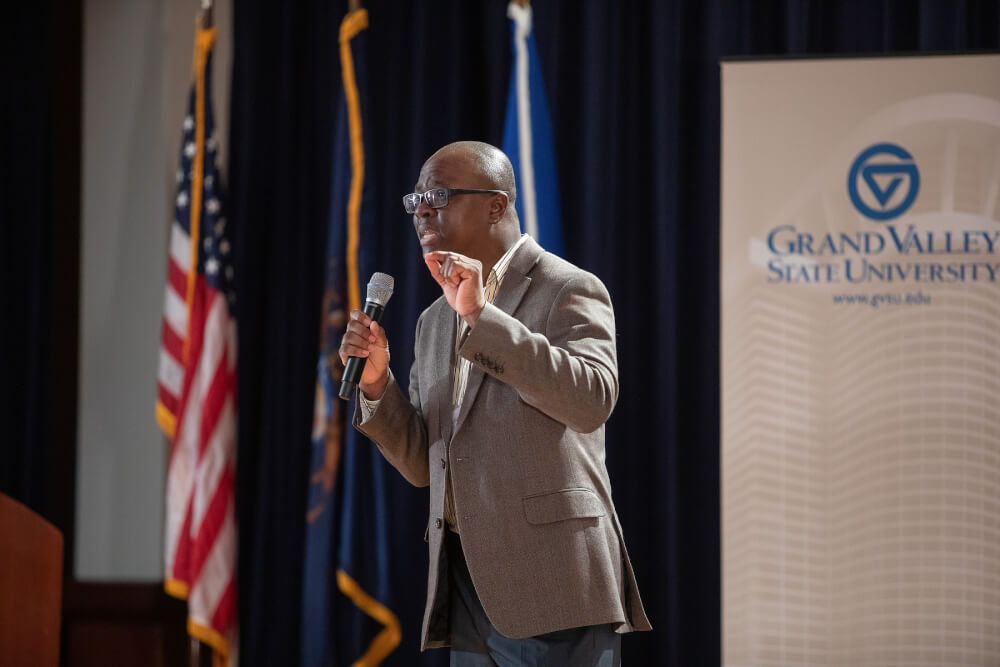 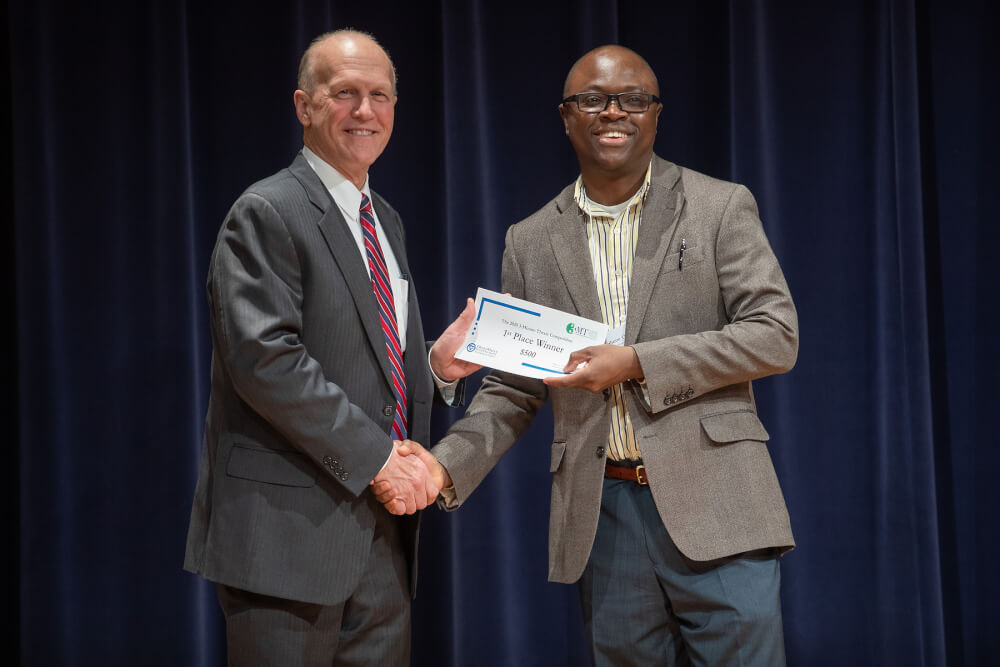 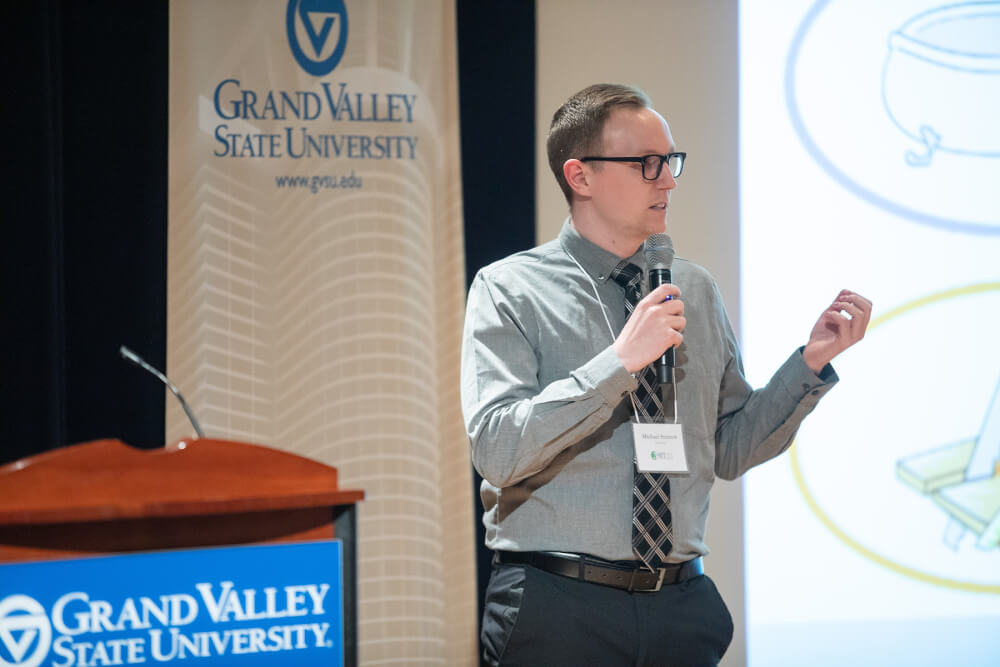 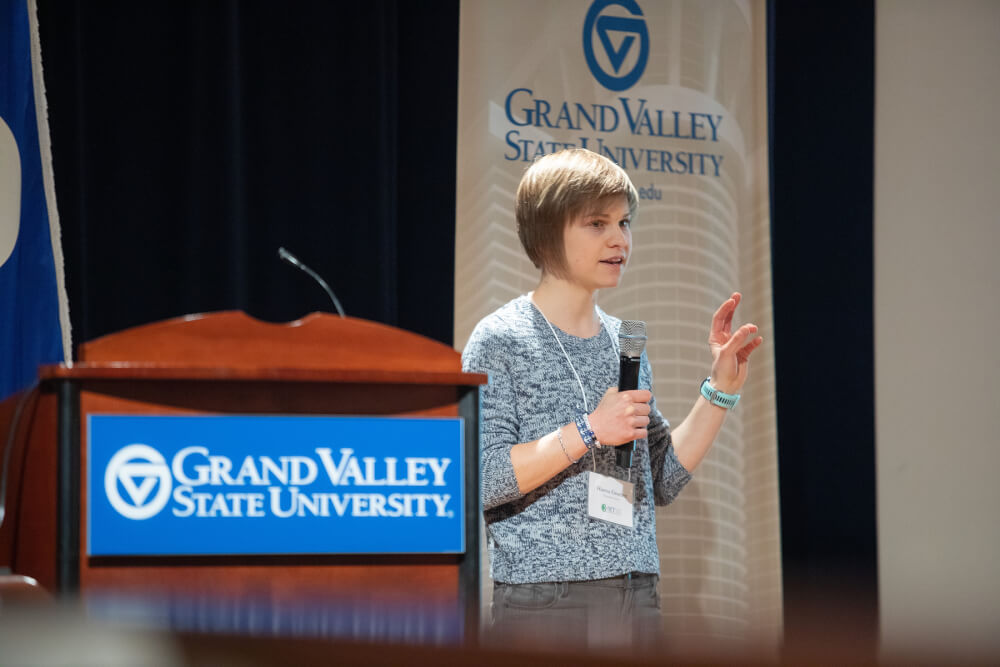 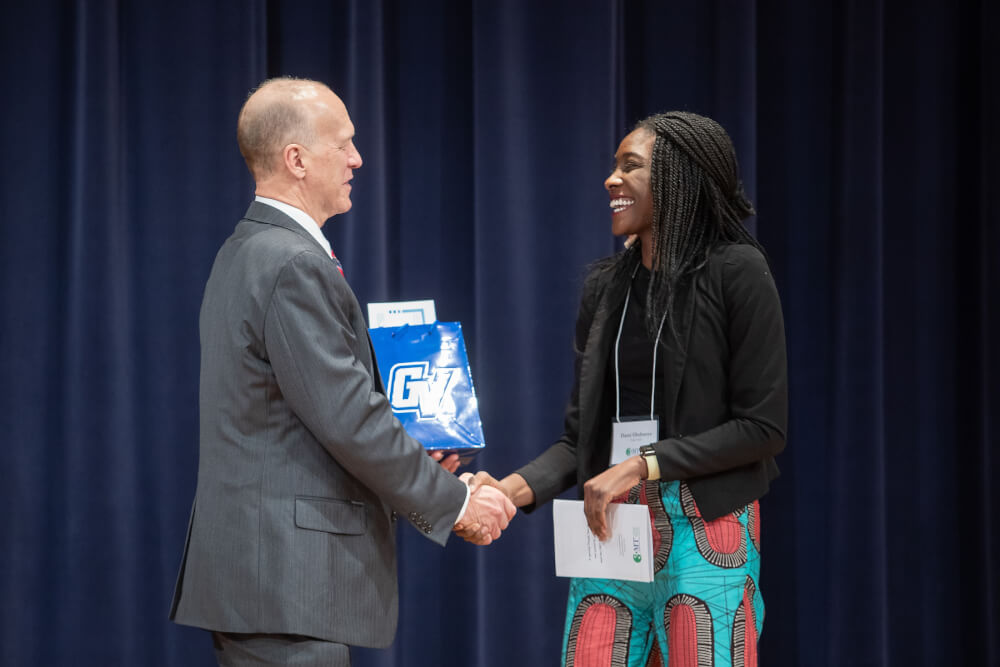 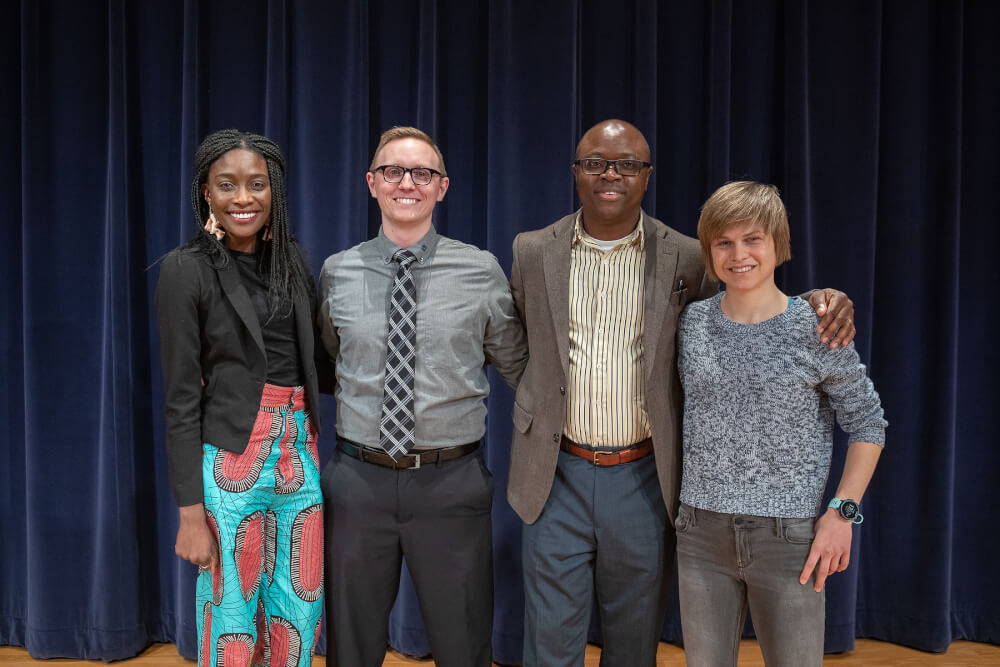 Afokoghene Odhu, who goes by Afo, was so moved by his friend's struggles with vision impairment, he decided to conduct research on diabetic retinopathy, a complication of diabetes that affects the eyes.

Odhu, a graduate student pursuing a Doctor of Nursing Practice degree, entered his research in the 3-Minute Thesis competition, an annual event sponsored by The Graduate School, and won first place and $500.

"My goal is to increase dilated retinal screening," said Odhu. "All Type 2 diabetes patients are required to get the screening every year upon diagnosis. This is to help identify retinopathy early to prevent vision impairment and blindness through tight blood sugar control, and blood pressure and cholesterol management."

During the February 12 competition in Loosemore Auditorium on the Pew Grand Rapids Campus, 16 graduate students had just three minutes to present their research to a panel of faculty judges and could only use one slide as a visual aid.

Odhu said his reasons for researching diabetic retinopathy are two-fold: his friend who is experiencing vision loss, and interacting with underserved populations and immigrants during a clinical rotation.

"My friend began suffering from vision loss in his late 20s and he has a lot of emotional issues because of it," Odhu explained. "He has a wife of 20 years who he has never really seen. And, people tell him, 'Your son looks so much like you,' but he doesn’t know what his son looks like.

"During my first rotation, I noticed most of my patients had Type 2 diabetes. They don’t know the seriousness of the disease and I am afraid for them. I am an immigrant and many believe their illness is from unnatural causes, like witchcraft. They must be educated."

Odhu, who is from Nigeria, came to Grand Valley for the opportunity to study health sciences. He earned a bachelor's degree in nursing in 2014 and then immediately began his graduate studies.

"It is very competitive in Nigeria, and while there, I was studying engineering," he said. "I was visiting friends near Grand Rapids and realized I could follow my passion by being at Grand Valley. And, once here, I was happy to find that inclusion and diversity are encouraged."

Michael Stratton, who is pursuing a master's degree in engineering, won second place and $250 for his research, "Development of a Tiny House Design Tool to Increase Safety, Efficiency, and Cost-Effectiveness."

Hanna Groeber, who is earning a master's degree in biomedical sciences, won third place and $100 for her research titled, "Dirty Mice Help us Understand the Immune Response Against Cancer."

The audience voted for the People's Choice Award; the winner was Dami Olufosoye, who is pursuing a master's degree in public health, for her research, "An evaluation of Community Health Workers’ productivity in a Healthy Start Program located in Kent County, Michigan." 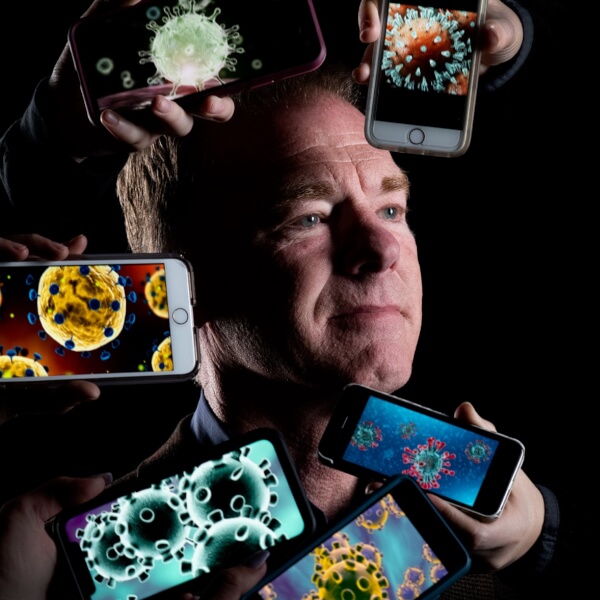 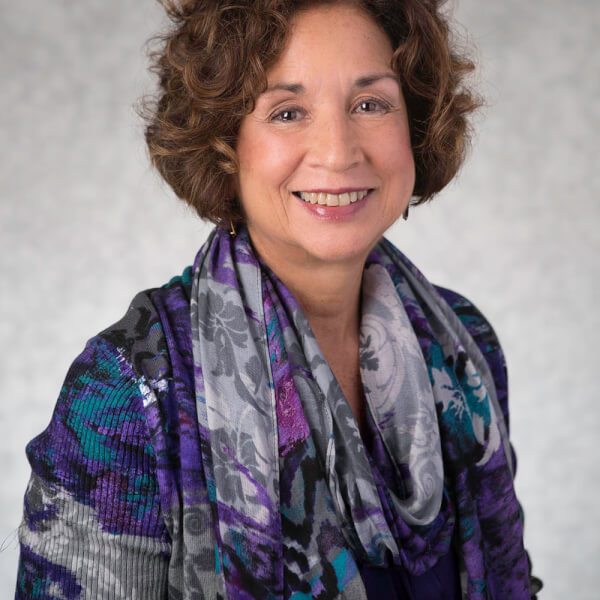 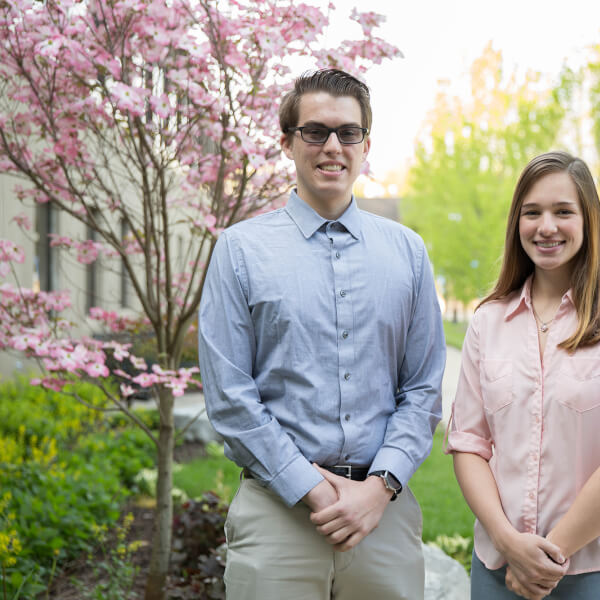