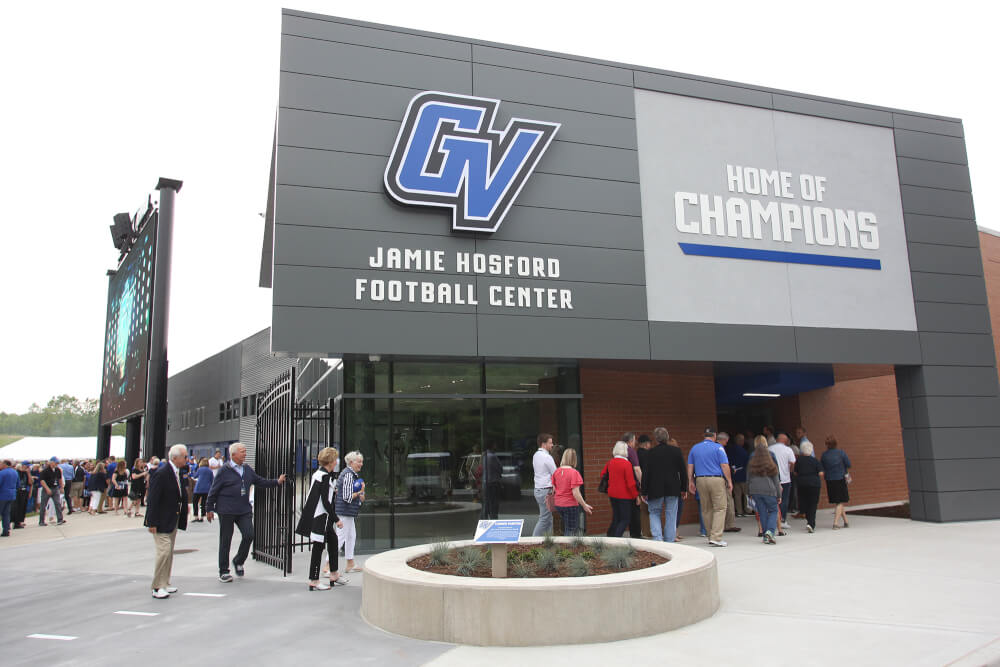 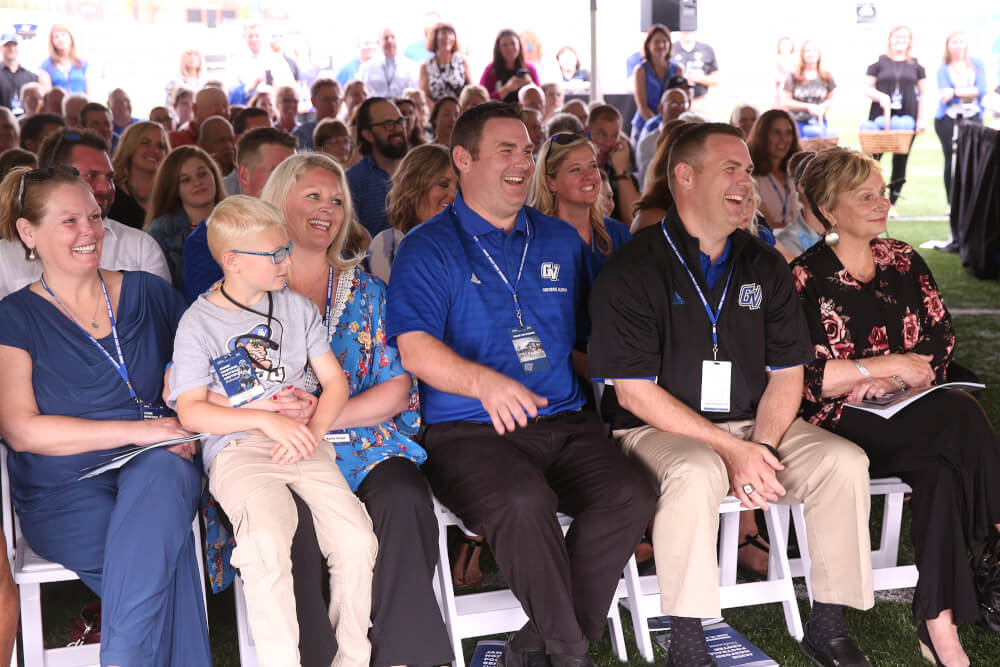 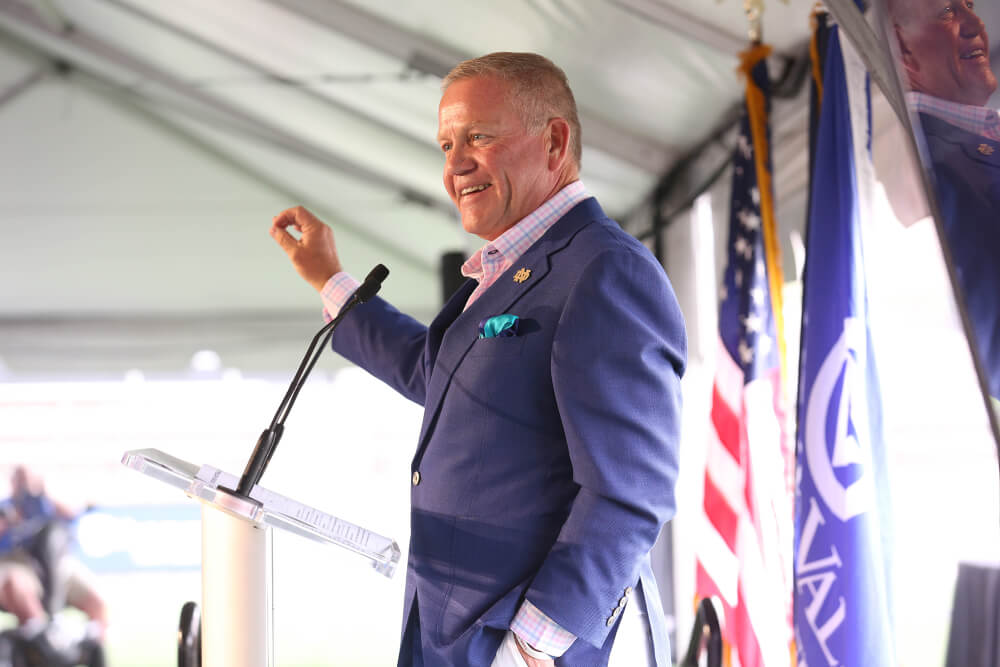 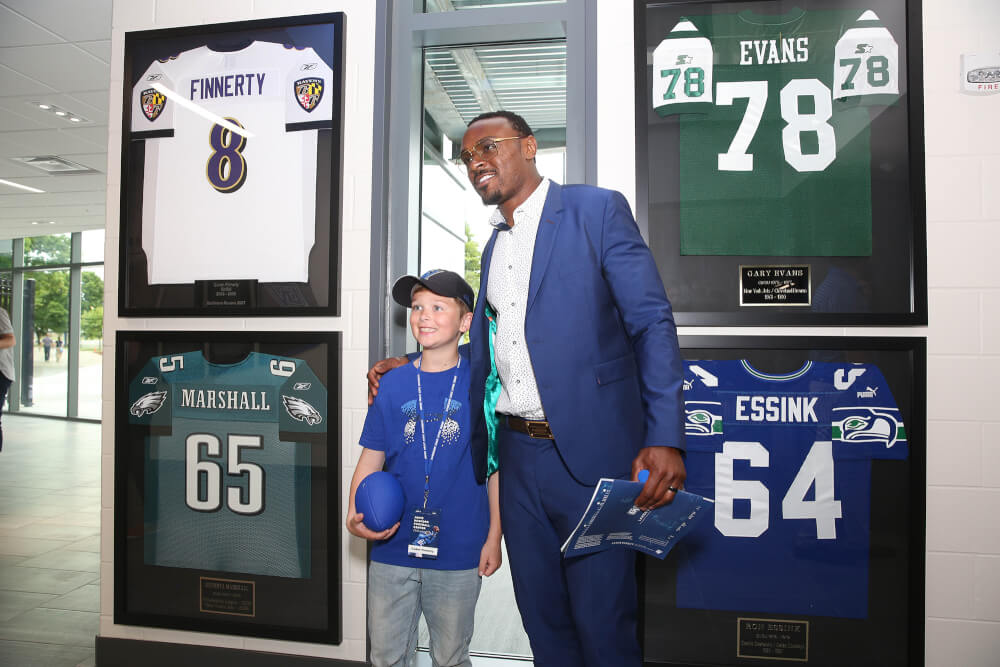 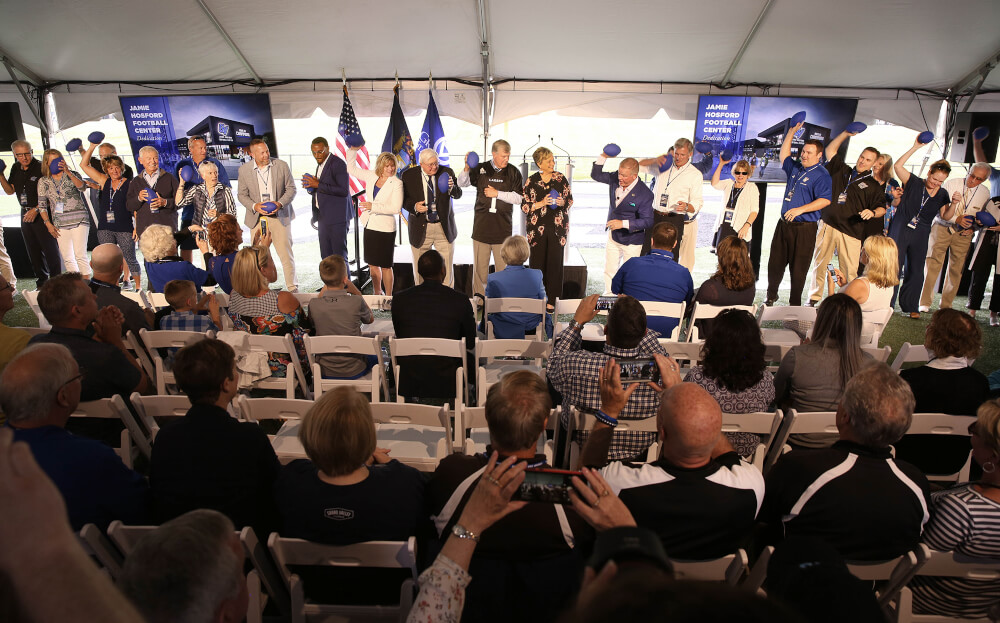 "We talk a lot about doing things at a championship level," Mitchell said. "Our student athletes are champions on and off the field. They deserve the best facilities to support their hard work. Jamie's spirit will live in this building. He had an infectious energy."

Hosford, who died in 2014 after a battle with cancer, earned 12 varsity letters and All-American honors in football and wrestling. He was inducted into the GVSU Athletic Hall of Fame in 1987 and the Grand Rapids Sports Hall of Fame in 2011. After graduating in 1977, Hosford worked for Rockford Public Schools for 25 years.

Renovations to the two-story, 22,000-square-foot building include an expanded locker room, larger athletic training/rehabilitation room, all-team meeting room, and spaces for equipment maintenance, storage and laundry. Highlights are listed below.

Keri Becker, director of Athletics, said the facility honors the tradition of past football champions while setting the atmosphere for more achievements.

"It will serve as a daily challenge to coaches and student athletes on how to live like a champion," she said. "Relationships will be cultivated inside this building. This facility will help make the players a team and a family."

The donor-funded expansion campaign was led by honorary chairs President Emeritus Arend D. Lubbers and Notre Dame head football coach Brian Kelly. Kelly, who coached the Lakers from 1991-2003, thanked the more than 700 people who contributed to the campaign, as part of the Laker Effect campaign.

"This facility supports students athletes," Kelly said. "Grand Valley has always been about finding the best resources for students, and student athletes."

Gloria Hosford, Jamie's wife, said her family was overwhelmed by the outpouring of support for this project. "Words cannot express how proud we are and what an honor this is for Jamie," she said. "Laker pride is definitely deep, deep, deep in our family."

GVSU, with the winningest NCAA Division II football program, finished the 2018 season with a 10-2 record and an appearance in the playoffs for the 19th time in program history.

More information about the Hosford Football Center is online.

• Champions Lobby: Visitors at the building's entrance will see team and individual trophies, jerseys of Laker football players who played professionally, and names of building donors.

• Athletic Training and Rehabilitation Room: All 575 Laker student athletes will have access to team doctors and athletic trainers in this space.

• All-Team Meeting Room: Enough room to house 120 football student athletes for meetings and film review; can be divided into two meeting spaces and can host small groups throughout the year.

• Five position meeting rooms: These spaces will be used by position groups like wide receivers or defensive linemen, and position coaches will have dedicated spaces to meet with individual recruits. 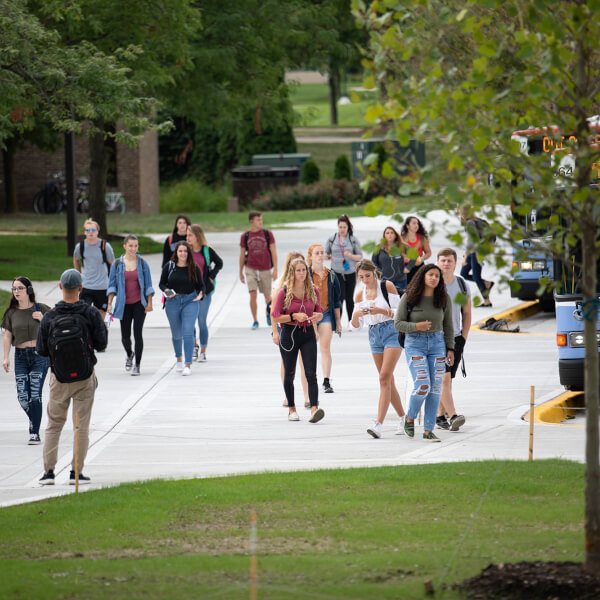 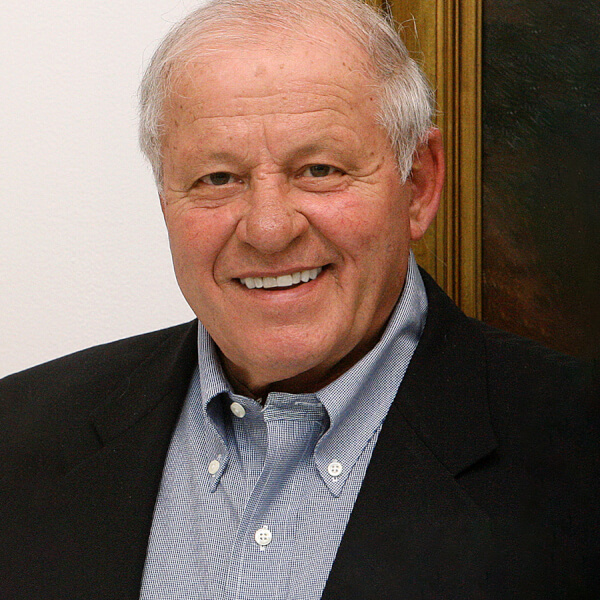 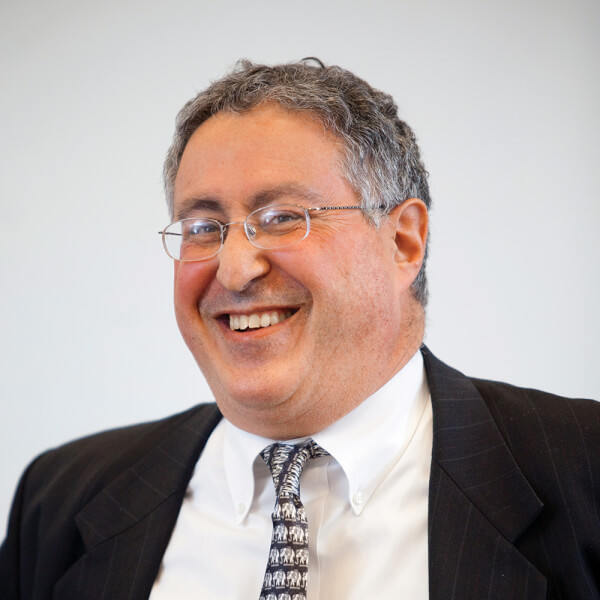