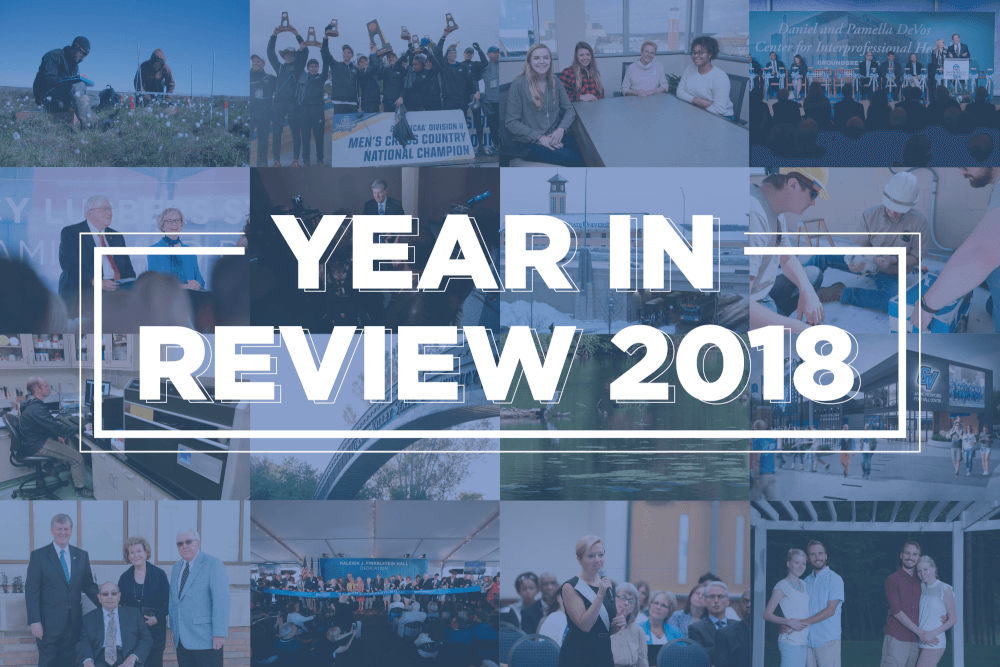 2018 has been a year full of unforgettable moments at Grand Valley. Here are some of the most memorable stories of the year that were chosen based on their impact on campus, in the news and on social media.

The Connection named for Vice President Blue, who is retiring after 50 years

To stay up-to-date on the latest Grand Valley news in 2019, sign up for daily GVNow email alerts, follow Grand Valley on social media, and stay tuned for new issues of Grand Valley Magazine .