'When it snows, I smile'

As a child, Kevin Barrons would drive his mom crazy whenever he looked out the window and saw snow falling.

“I’d see it snowing and all I’d want to do was get outside and go sledding on the hill,” Barrons said.

His love of snow never went away, and now Barrons, a visiting faculty member in the Seidman College of Business, spends several days each week throughout the winter making sure people are safe on ski slopes and trails in Michigan and Minnesota. 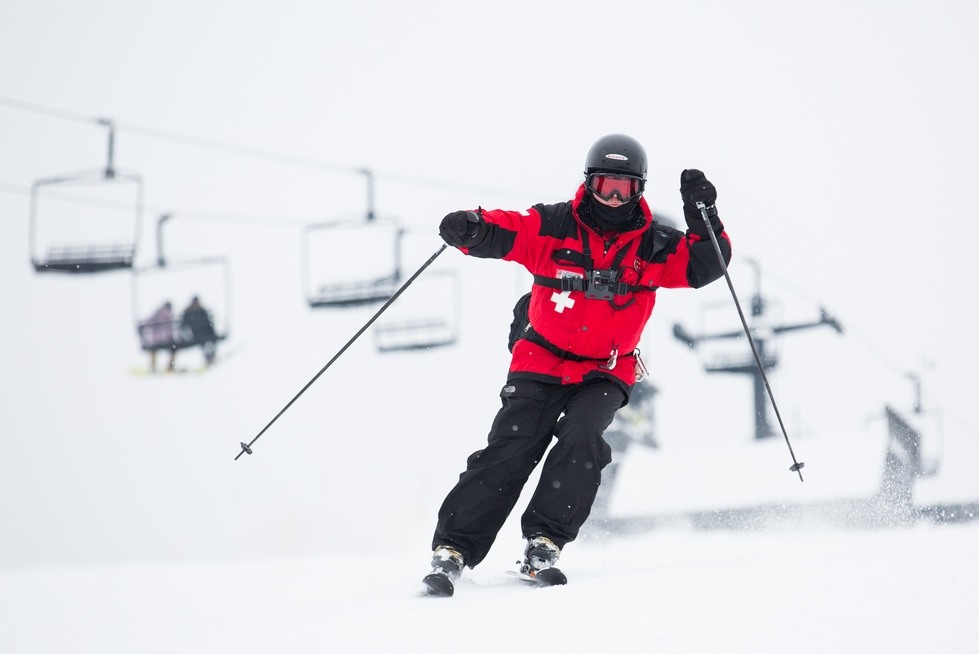 He’s a volunteer with the National Ski Patrol, a group of expert skiers and snowboarders who volunteer their time helping people on the slopes and trails. Sometimes the assistance is as little as answering a question about which chairlift a run leads to. In other cases, it might mean transporting a seriously injured skier or rider down a run via a specialized toboggan for emergency medical attention.

Barrons is unique in that he’s not only a ski patroller for alpine, or downhill skiing, he’s also a patroller for nordic, or cross-country skiing, including being part of an elite group of nordic patrollers called the Viking Patrol.

That group works in Minnesota patrolling nordic races with elite athletes who are often attempting to qualify for World Cup races or other selective events, which means the patrollers must have special skills. Barrons is adept at both traditional cross-country and “skate” style skiing, which involves a different motion. He said patrolling those races is second only to being selected to patrol the Olympics.

Barrons said his biggest reasoning for spending two days each week and most weekends in January and February patrolling is the sense of pride and public service he gets.

“Sure, it’s great that I get to go ski, that’s the perk,” Barrons said, “but if we see something happen, we help out. There’s a genuinely good feeling about helping people. There’s some mental reward that comes from that. It’s the return you get for spending time out here.”

Barrons has been skiing since he was a kid, starting downhill at 12 years old. He skied through high school and college, and taught his wife and family to ski. The only time in his career when he did not spend significant time on the slopes was during the few years he worked as an IT director in Singapore — with a climate too hot for snow.

“I’ve always enjoyed winter sports. I like all the seasons, but when it snows, I smile,” he said. “Most people get upset when they see it’s snowing; it’s my favorite time to be outside.”

His passion for snowy hillsides is evident as Barrons glides off the quad chairlift at Cannonsburg Ski Area, northeast of Grand Rapids.

While kids and their parents buzz past him down the slopes, Barrons frequently perches in what he calls a “patroller’s pose” — skis perpendicular to the slope, with a slight forward lean at the top of the tallest lift — and surveys the ski area below, looking for anyone who has fallen, hurt themselves, or who just might need some help.

Once he sees a clear run, he easily links together a dozen or so graceful and quick arcing turns from top to bottom, then hops on the lift to repeat the process. 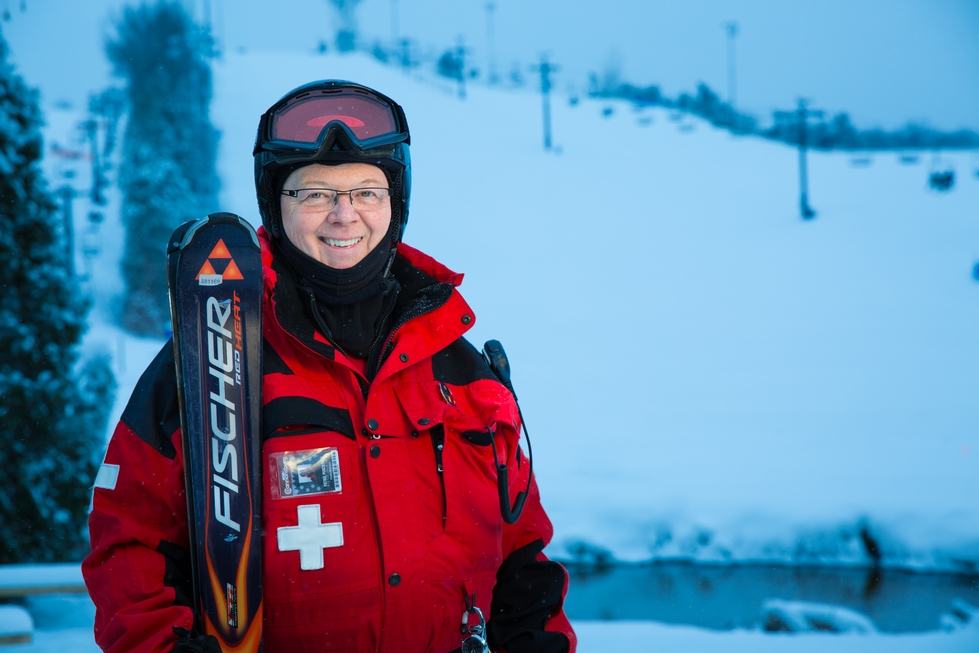 That ability to survey the ski area and make judgments about who may need help comes with a lot of training, Barrons said.

Patrollers must be proficient in emergency first-aid skills, must be excellent skiers, and also be able to master a variety of specialized rescue techniques. Barrons said, luckily, most of the time at Cannonsburg the injuries are not serious, and are usually wrist injuries for snowboarders (who tend to fall forward) and leg injuries for skiers.

“The hardest part is taking on more obligation on the hill, but we love the chance to do it. Even though it’s a lot of training for rescue and first aid to stay really state-of-the-art, we do it because we love it,” Barrons said.


Page last modified June 2, 2017
Report a problem with this page