Instead of No. 13 on her back, there were moments last season when Laker midfielder Marti Corby thought she had a big target painted on her jersey.

Corby led the soccer team with 25 goals, and led the Lakers to their third consecutive NCAA Division II championship, a 2-0 win over Columbus State. The National Soccer Coaches Association of America named Corby Division II Player of the Year for the second consecutive time. 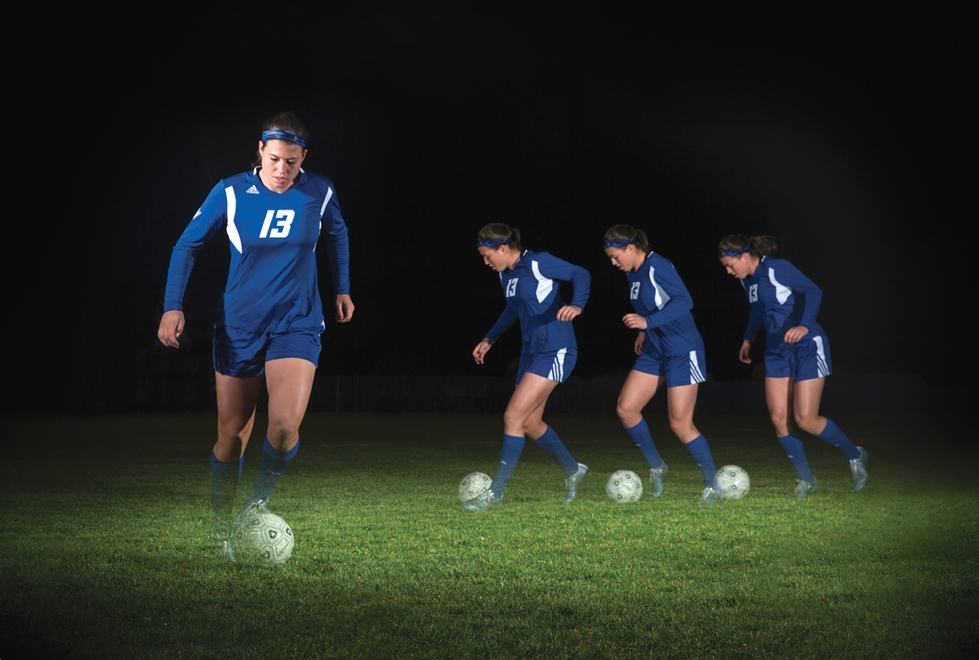 Heading into the 2015 season, the Forest Hills Central High School alumna said she knew opponents would be gunning for her.

"There was definitely extra pressure at the start of the season," said Corby, a junior. "I tried to forget about everything that happened last season. It's a new year; last season is not relevant and you need to have a fresh start."

Corby is not the only player from Forest Hills. Clare Carlson was a teammate and Shannon Quinn played for Forest Hills Northern. The Lakers also have three players from Northville High School.

"It's so easy to play with this team, they are like sisters to me and they understand me. We're very close-knit and it correlates to off the field also," Corby said.

Coach Jeff Hosler said it's advantageous to recruit from the same high school. "Those bonds formed through high school and club teams are ones that our players chose to continue here at Grand Valley," said Hosler, who completed his second year as the Lakers' head coach. "Forest Hills Central and Northville are among the premier high school programs in the Midwest, so their experiences and high level of success are all things they draw from together."

Corby also played club soccer for the Grand Rapids Crew Juniors (now Midwest United). She helped the team reach four Michigan State Cup championship games and the national championship game in 2014. While in high school, Corby played golf and basketball but was drawn most to soccer.

"Soccer is so universally popular with the World Cup,I loved watching it on TV and being able to do the moves on the field that I was watching," she said.

Corby was heavily recruited by college coaches but she said she made her decision quickly. "Location, for me, was a big factor and Grand Valley had an array of majors to choose from," she said. "And their success was exciting."

The Lakers had won two NCAA Division II championships (2009, 2010) before Corby arrived on campus. As a first-year player in 2013, she helped the team win its third national title by scoring 12 goals, and against Columbus State in December, she scored the game-winning goal to lead Grand Valley to its fifth soccer championship.

A clear leader on the field, Hosler said Corby leads the team off the field, too. "With all the individual success and accolades Marti has received, it would be easy to get caught up on herself, but she is a team-first player for us. She truly strives to make those around her better," he said.


Page last modified January 20, 2017
Report a problem with this page