Matt Williams was a multi-sport athlete in high school and is among a select group of student athletes who have successfully played more than one sport in college.

Yet it took a death in his family to bring Williams back to his first love: baseball.

Williams, who graduated in April with a bachelor’s degree in criminal justice, transferred to Grand Valley from Northern Illinois University, a NCAA Division I institution in DeKalb. A native of Geneva, Illinois, Williams was the quarterback for the Huskies football team.

“I was only there to play football. Then my grandpa passed away, and he always wanted me to concentrate on baseball,” Williams said. “Baseball has always been my No. 1 love until high school, then the glamour of being recruited for football got to me.”

After the death of his grandfather in 2013, Williams asked NIU football coaches if he could also play baseball. They agreed and it seemed like a great plan until a new head football coach was hired. Determined to find a place where he could play both sports, Williams joined the Lakers in 2015 and made an immediate impact as a wide receiver and relief pitcher.

Laker head baseball coach Jamie Detillion quickly moved Williams into the role of closing pitcher after watching him in an initial team workout.

“Being a closer takes a certain mentality and level of confidence; both aspects were evident in Matt right away,” Detillion said.

The role was not new to Williams, who was the closer for his high school team in Geneva.

“It’s a special privilege knowing that your coaches trust you to come in to get the win,” he said.

During the 2016 season, Williams converted 20 of 22 save opportunities, setting a Grand Valley single-season record and tying a NCAA Division II record. Through 43 innings, he compiled a 0.84 ERA.

He throws four pitches — fastball, slider, curveball and change-up — and called his fastball, which can reach 90+ mph, his best.

Last season on the football field, Williams played in 12 games and caught 53 passes for a team-leading 926 receiving yards. 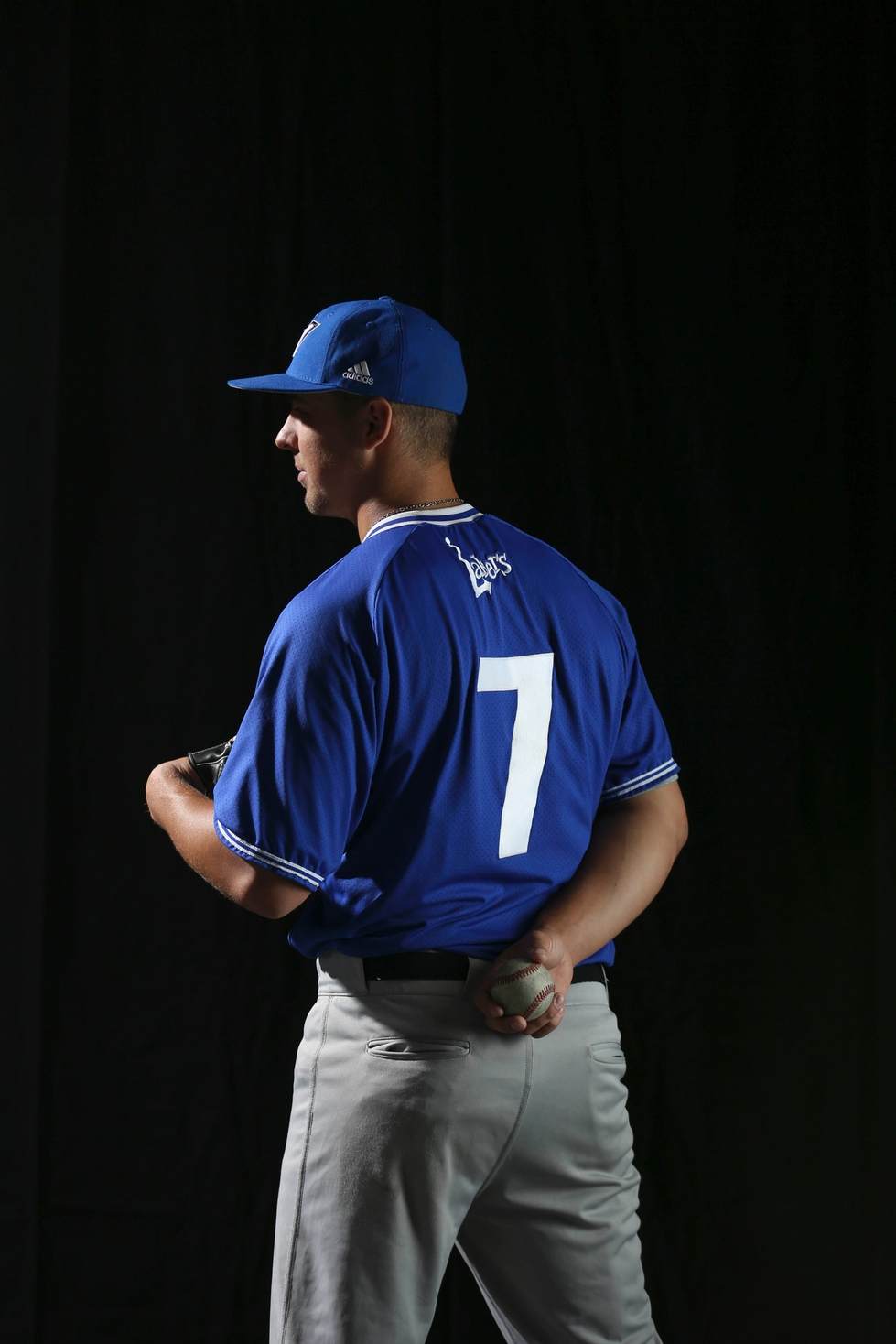 When football ended in December, Williams enjoyed three weeks of rest at home and returned to Allendale in January ready to begin baseball practice.

He said he believes young kids should play multiple sports, rather than specialize in one sport year-round.

“Playing multiple sports helps your muscles adapt,” he said. “I used to play three or four sports just to have an opportunity to compete.”

Detillion said playing more than one sport also lends itself to an increased level of confidence that transfers to team leadership.

“I think, naturally, when guys have the success in multiple sports as Matt has, it certainly contributes to the level of confidence he has,” he said. “Success commands immediate respect from younger guys in our program, and it’s easy for them to follow his lead.”

Page last modified May 24, 2017
Report a problem with this page