The new head women’s basketball coach comes with an extensive resume that includes starting a program from scratch and having great familiarity with Grand Valley.

Mike Williams was named head coach in June, taking over for Janel Burgess. Williams was a Laker assistant coach for five years, including 2005-2006 when that team won the national championship.

For the past four years, Williams was the head coach at Davenport University in Grand Rapids, compiling a 130-11 record. He coached the Panthers to four NAIA national tournaments, including one championship game appearance.

Williams said he was intrigued by Grand Valley’s job posting because of the university’s athletic successes.

Tim Selgo, athletic director, said he is thrilled to have Williams return to the coaching staff. 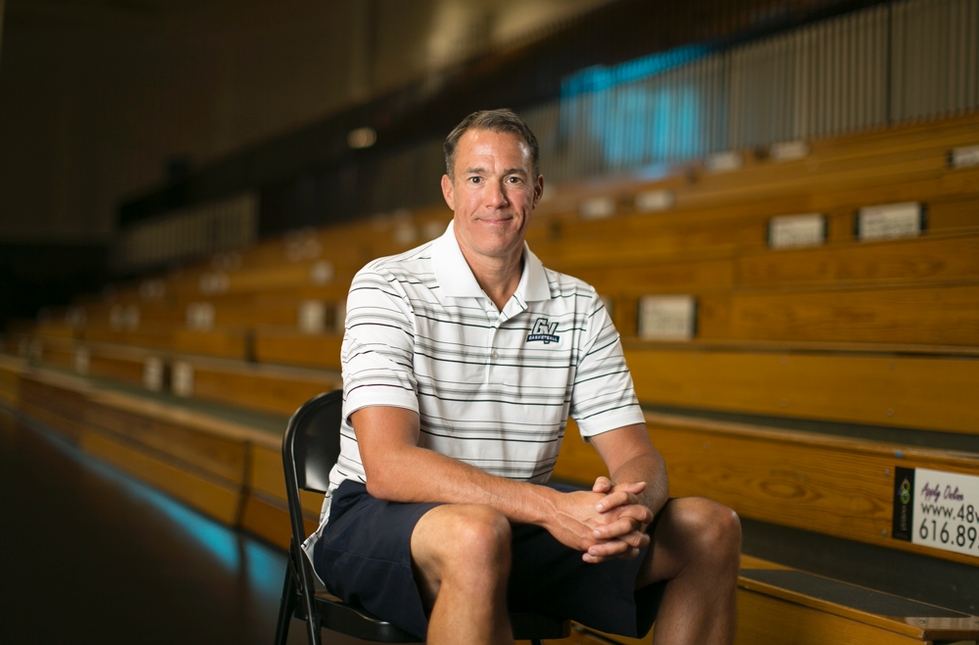 “Mike was an integral part of our great success, and has gone on to continued success in coaching,” Selgo said. “He is an outstanding teacher, which is demonstrated in the way in which his teams play and in his ability to find talent in recruiting.”

Selgo added that he expects a transition period when a new coach is introduced, although this might be a short transition.

Williams started his new job in the summer toward the end of the high school recruiting cycle. He said working at nearby Davenport meant he was familiar with many area high school basketball stars, and the continuity of having four-year associate coach Phil Sayers stay at Grand Valley made recruiting successful.

“We also had a basketball camp at Grand Valley, and a lot of the kids knew who I was,” he said.

The Lakers’ style of play on the court is different from what Williams ran at Davenport. Williams said Grand Valley is known as a perimeter team and he had coached an up-tempo defense at Davenport.

The Lakers finished 20-8 last season and lost in the GLIAC semifinals to Michigan Tech. This season’s team returns two players, Brionna Barnett and Kayla Dawson, who were named to the All-GLIAC First and Second teams, respectively.

Williams graduated from the University of Wisconsin-Stevens Point. He started his coaching career at the high school level, leading teams in Ironwood and Hancock, both in the Upper Peninsula. He was also an assistant coach at Michigan Tech during the 1988-1989 season, and spent four years at the University of Michigan as an assistant coach under then head coach Kevin Borseth.

While in Hancock, Williams started the women’s basketball program at Finlandia University, a Division III institution.

He said the parity of play in the GLIAC also played a role in attracting him back to Grand Valley. “You can’t have an off night in this league,” Williams said. “The level of competition among all teams is great.”


Page last modified October 28, 2015
Report a problem with this page