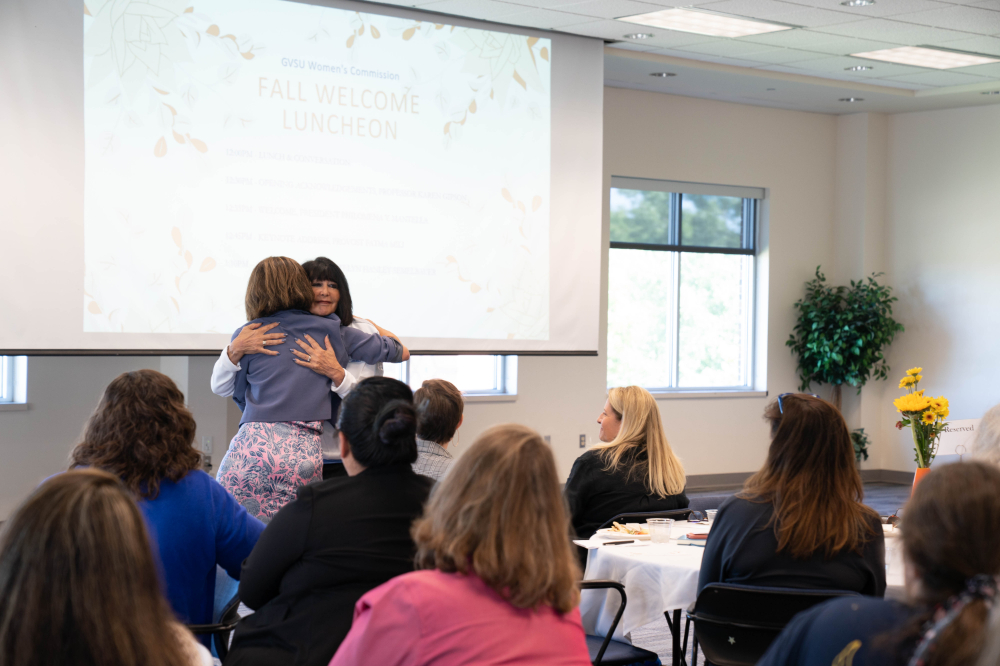 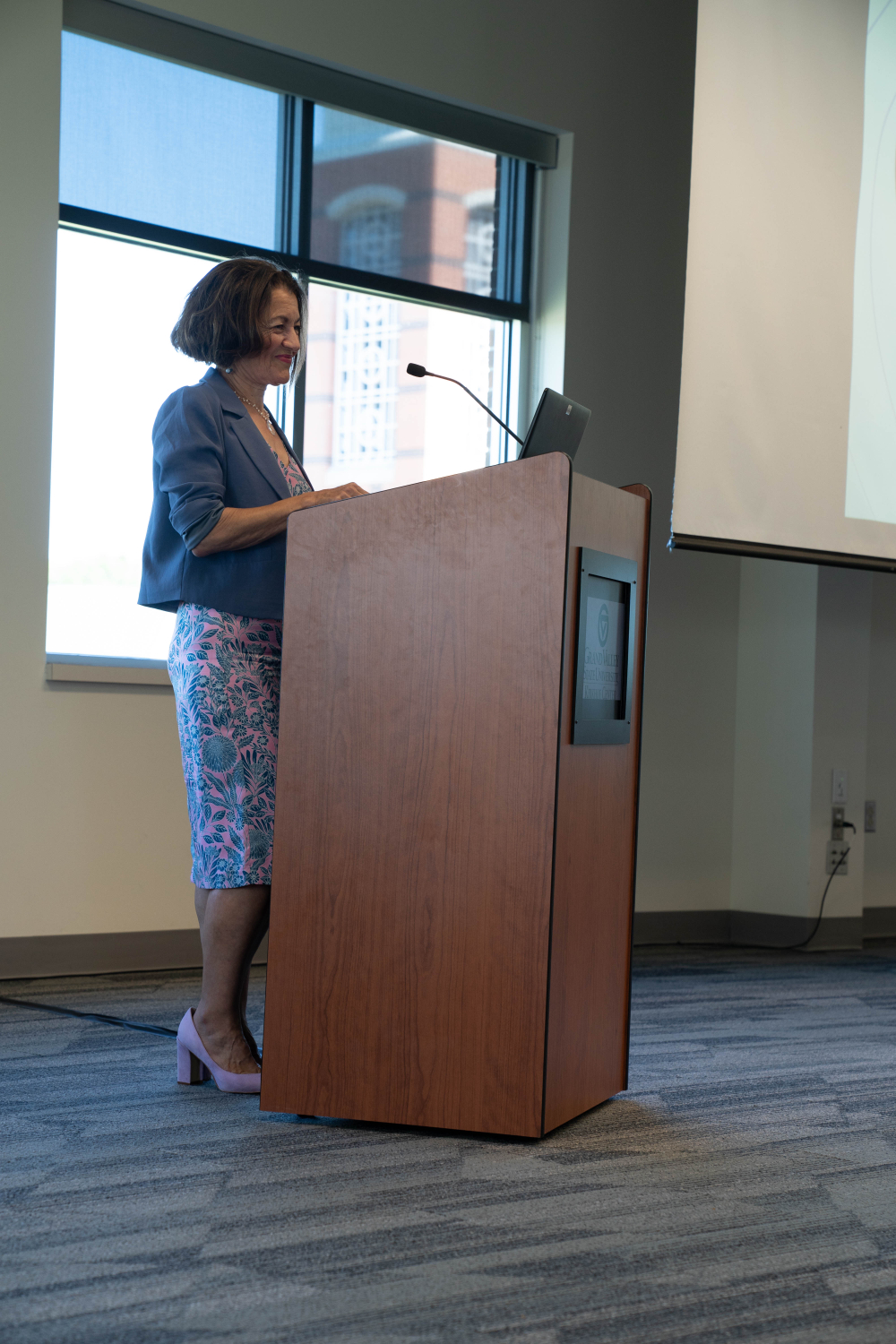 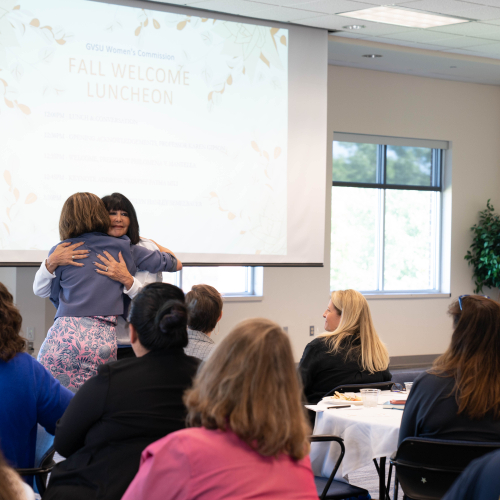 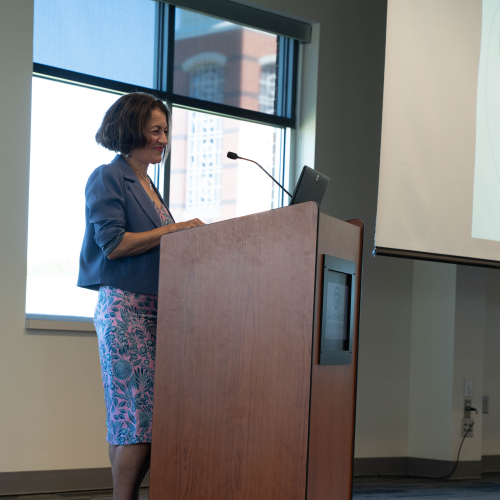 When Provost Fatma Mili began her career in computer science, about 40 percent of the students studying the discipline were women. That number is now about 17 percent.

Mili shared those statistics with faculty and staff members gathered for the Women's Commission Fall Luncheon September 9 in the Kirkhof Center. Before beginning the role of Grand Valley's provost in July, she served as dean of Computing and Informatics at the University of North Carolina at Charlotte.

"Computer science is one of several disciplines to become a gendered field," Mili said. "First, there were many women in the field, who were working as mathematicians and scientists; then for some reason, the number of women decreased and now in the IT workforce women are the small minority."

She cautioned against the assumption that more women should study computer science and enter the workforce, saying maximizing that type of output could lead to homogeneity.

"It's naive to pick one variable — we need more women in computer science — that's not the answer. When you maximize output it can lead to homogeneity, the thought that making more of the same is better," she said.

Mili offered a systems design approach to the issue using a reference from the book "Braiding Sweetgrass" by Robin Wall Kimmerer about the author's approach to planting seeds. "System design is not only about focusing on output, it's studying what's visible, and asking ourselves, 'What do we allow to grow?'" she said.

"The Women's Commission is really a force and I thank them for advancing the conversation around benefits and advocating for a 12-week parental leave period," Mantella said.

Grand Valley's Women's Commission is the university's oldest affinity group; visit the website for details and a schedule of upcoming events.

Dara Richardson-Heron, a physician and Fortune 100 executive, advises students to leverage their talents to enhance the lives of others.

The deadline for nominations in six award categories is February 17.