Physics demo show warning: 'This could induce excitement about science' 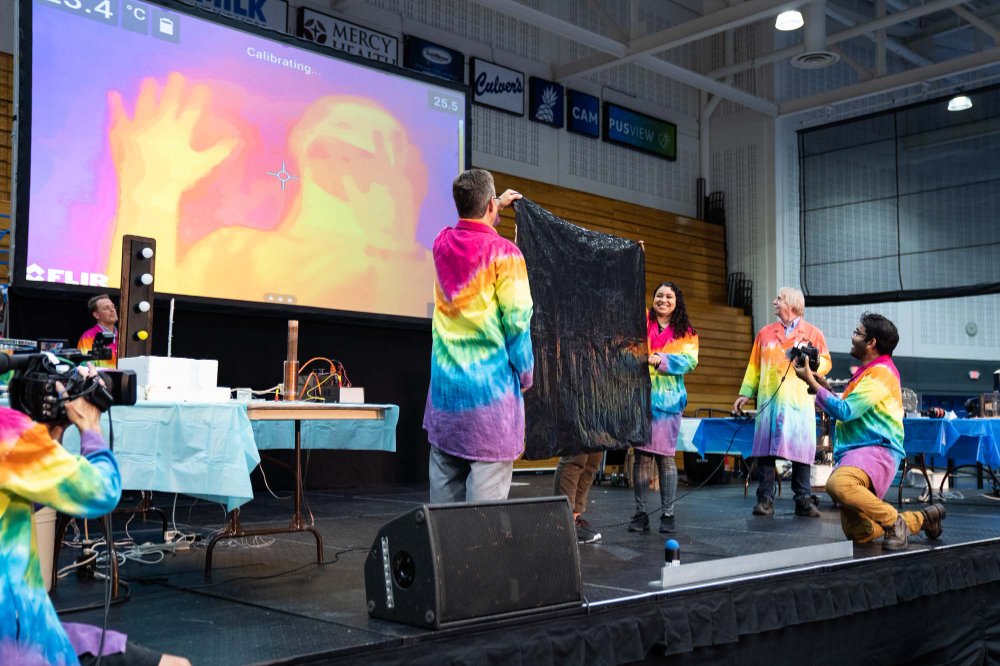 Physics demonstrations are conducted in the Fieldhouse Arena for an American Association of Physics Teachers audience. 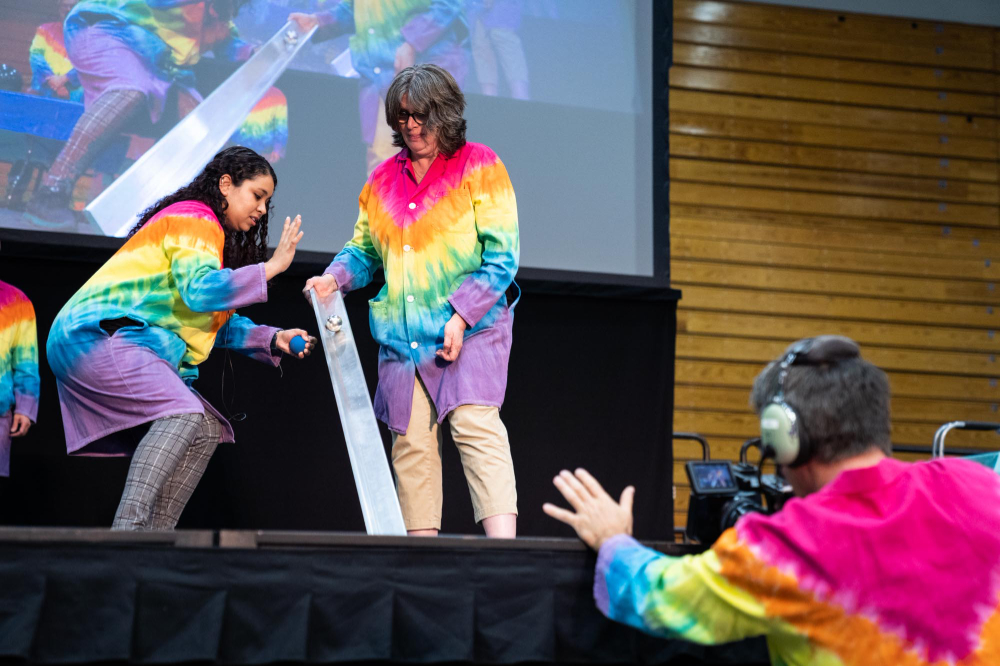 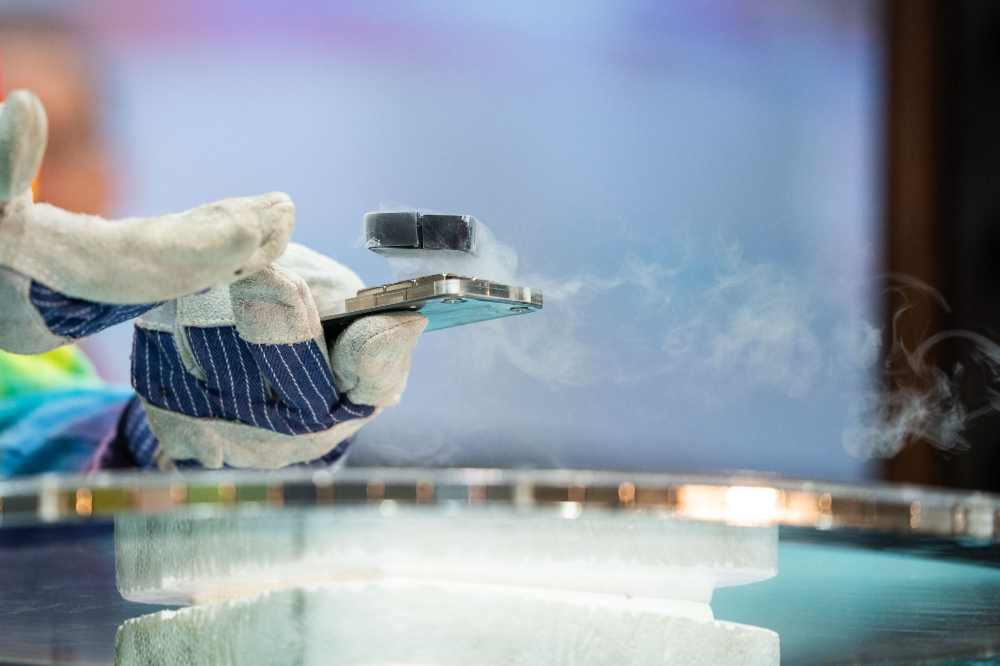 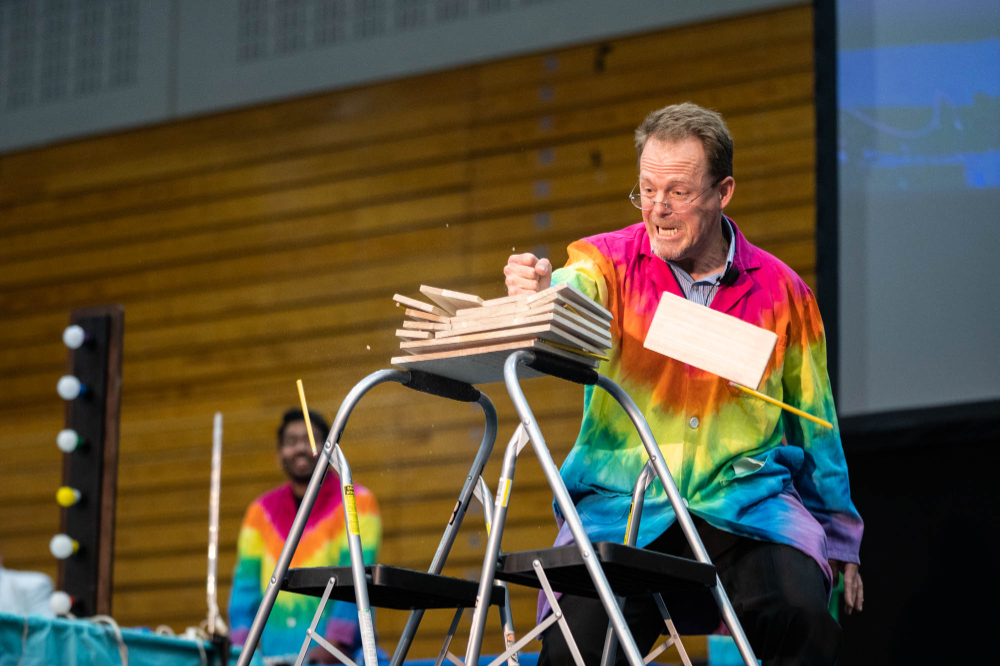 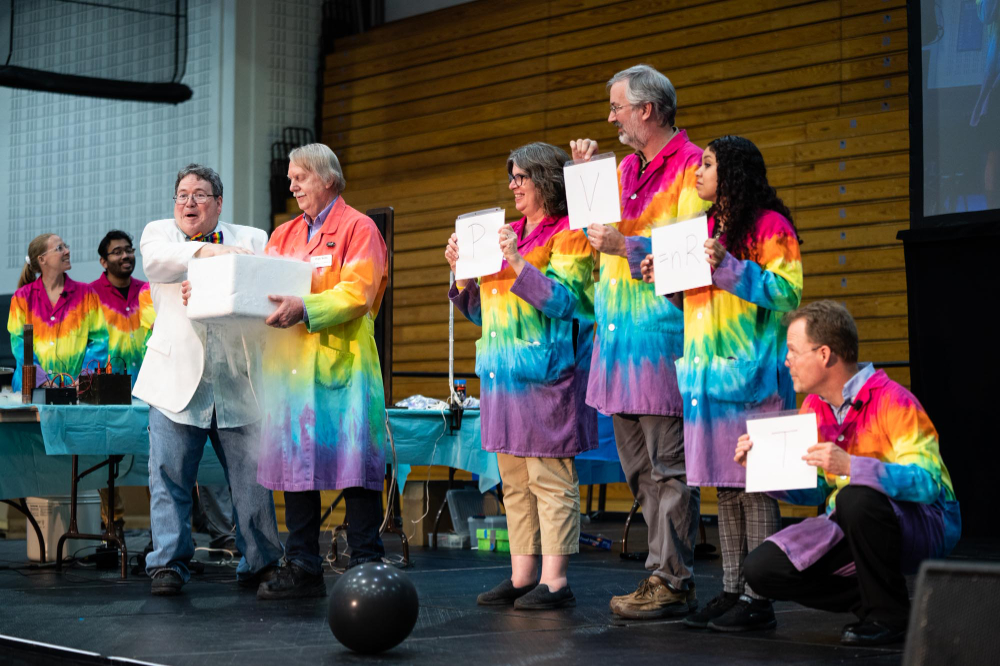 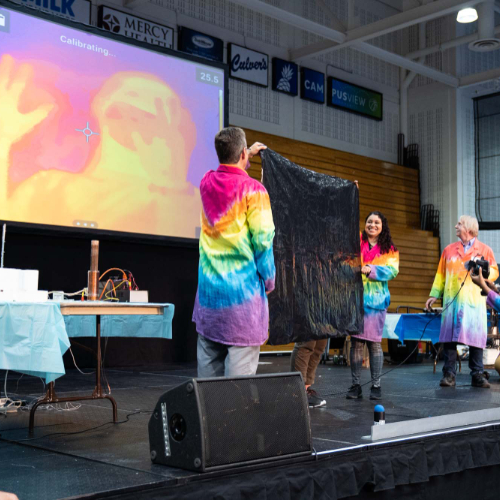 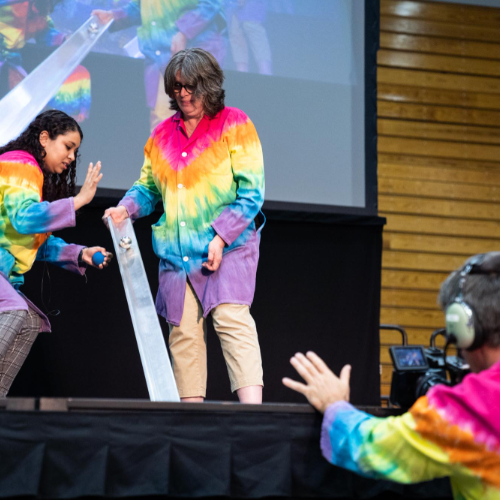 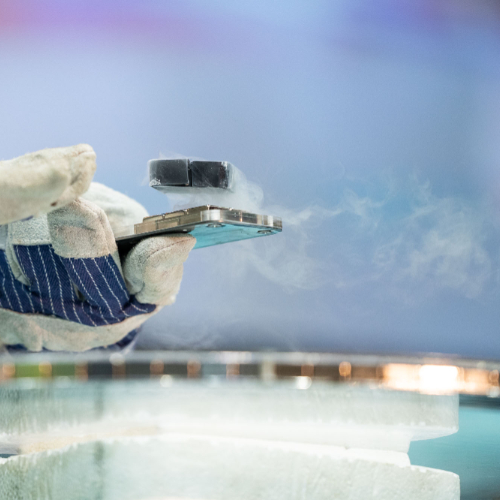 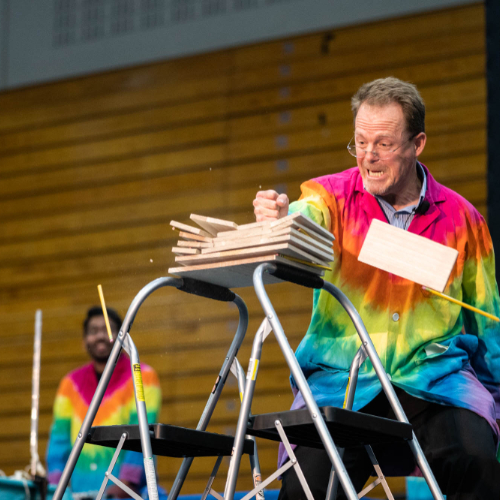 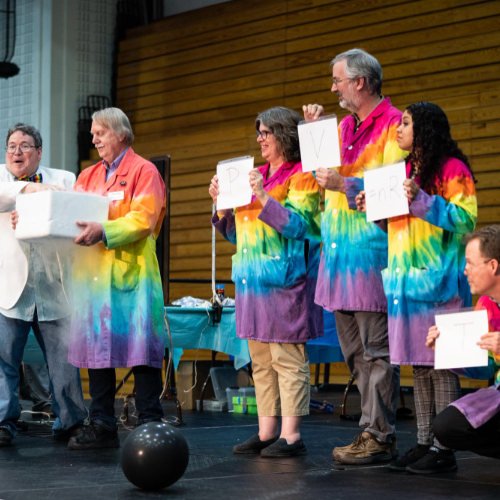 Grand Valley hosted the recent conference of the American Association of Physics Teachers, which provided an opportunity for a physics demo show on the Allendale Campus that was open to the public.

The show, hosted by the GVSU Physics Department and the GVSU Physics Club earlier this month, featured experts performing physics demonstrations that you might see in a high school or college classroom, said Brad Ambrose, professor of physics.

Ambrose said the show emcees, who are members of the Physics Instructional Resource Association, "often gave the friendly warning that attending the show could induce excitement about science!"

"The AAPT Demo Show is highly acclaimed and has been a mainstay of AAPT conferences for many years," Ambrose said. "Each demonstration performed onstage helps make physics concepts tangible and accessible, while at the same time there is often an element of surprise."