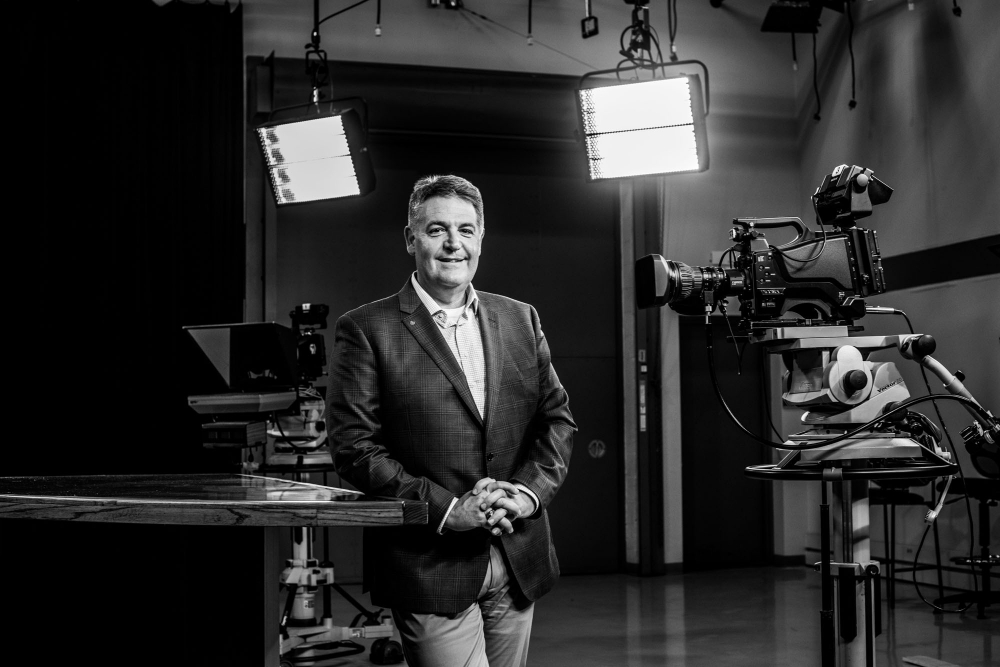 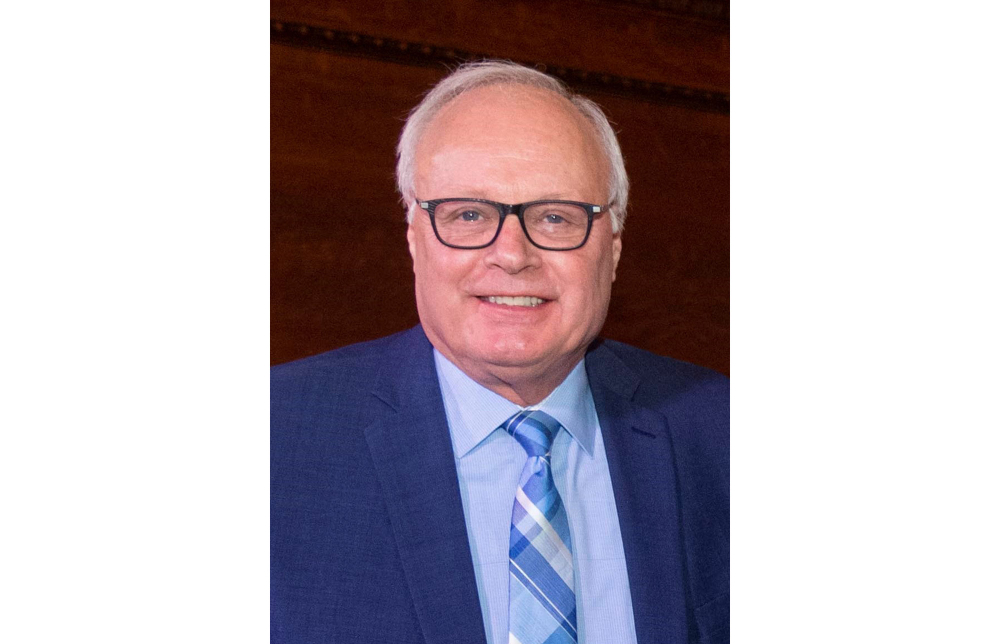 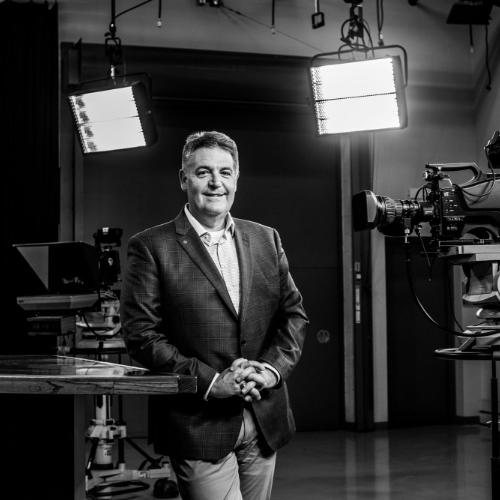 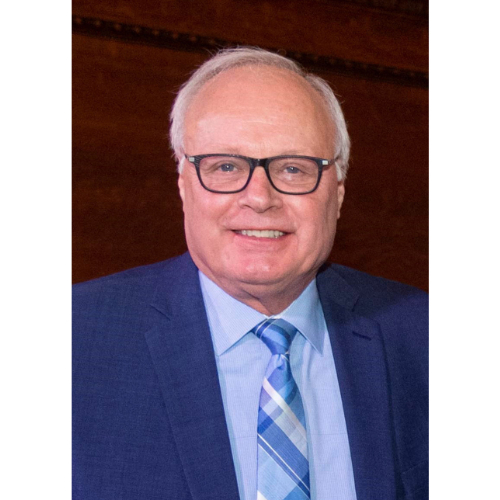 Jim Rademaker, ’16, said it’s good to be back at Grand Valley, where his love for public media developed. Rademaker was named general manager of WGVU Public Media in August, replacing Ken Kolbe, who retired.

Rademaker earned an MBA at Grand Valley and worked in fundraising at WGVU from 2002-2015, before working at WCMU where he had been serving as general manager since 2020.

“I’m so excited to be back. As they say, you never forget your first love, and that’s what WGVU is for me,” said Rademaker. “I started down a different career path at Grand Valley, but switched after falling in love with public media.”

Rademaker said his focus for WGVU will be making an even greater impact for positive change at Grand Valley and in surrounding communities through its many partnerships. He said he’s excited that WGVU TV will air the Laker Football games scheduled for October 16, 30 and November 13.

Rademaker said 2022 will be a big year as they celebrate the 50th anniversary of WGVU Public Media.

“Jim is a talented broadcaster of the first order, a thoughtful manager and successful innovator, important qualities in an industry – media – that has seen continuous change,” said McLogan.

He won four Emmy awards throughout his career in public broadcasting, and in 2015, he was inducted into the National Academy of Television Arts and Sciences Silver Circle in recognition of more than 25 years of outstanding service and leadership in the television broadcast community.

McLogan said Kolbe’s distinguished career in broadcasting is the epitome of public service.

“For almost three decades, the viewers and listeners of WGVU Public Media have been the beneficiaries of Ken’s dedication,” he said. “Long trusted as a deeply respected manager and leader, Ken set the standard for doing things right. As his colleague and friend, I will miss him enormously and extend him every good wish for the next chapter in his life.”