Prior to his current position, Truss served as a member of the Executive Management Team as Senior Vice President for Enrollment Management, Student Affairs and Student Success at Shippensburg University (SU), which is a part of the Pennsylvania State System of Higher Education (PASSHE), the largest provider of higher education in the Commonwealth of Pennsylvania and one of the largest public university systems in the United States. His impactful transformation at SU led to increases in first-time undergraduate and graduate enrollment and retention in less than three years.

Other positions held include senior leadership roles in the University System of Georgia (USG) for almost eight years. In his most recent role there, he served as Vice President for Enrollment Management and Student Retention at Albany State University. Truss also formerly served as the Vice President/Vice Provost for Student Success, Enrollment Management, and Chief Student Affairs Officer at Fort Valley State University. Prior to that assignment, he was the Director of Admissions and Recruitment at Alabama State University and Andrew College, where he directed several Federal TRIO programs.

Truss is a triple graduate of Alabama State University. His doctorate is in Educational Leadership, Policy and Law. His most recent learning experience was for a Certificate in Fundraising Management from Indiana and Purdue University (IUPUI). As a trailblazer and trendsetter, he was selected to serve as a national leader for the Association of Collegiate Registrars and Admissions Officers (AACRAO) Leaders in Enrollment Advancing Diversity (LEAD) Curriculum Workgroup. As part of that team, he collaborated to develop an Executive Leadership program for future Senior Level Enrollment Management Leaders. He is also a trained accreditation evaluator for both the Southern Association of Colleges and Schools (SACS) and the Middle States Commission of Higher Education (MSCHE).

Dr. Truss has received several commendations for his work, including being selected as one of the 2021 Men of Excellence Honorees for Michigan Chronicle, recognition by his alma mater as a 2019 Top 50 Under 50 award recipient, Georgia Trend Magazine’s 40 Under 40 leader in 2004, and by the Cuthbert Georgia Rotary President’s Award. He is a 2021 graduate of the Millennium Leadership Initiative (MLI) from the American Association of State Colleges and Universities (AASCU), which is designed to ensure persons of color are adequately prepared for University/College President roles. Dr. Truss is an active member of Kappa Alpha Psi Fraternity, Incorporated and holds professional memberships in NASPA, SAIR, and the Chi Sigma Iota. While remaining deeply invested in administrative responsibilities, he continues to mentor through his nonprofit organization, Turning Dreams into Reality (TDI), aimed at developing African American Male collegiate scholars through mentorship and financial assistance so they reach their full potential to become the best they can be. Dr. Truss is married to the former Lykesia Pringle and has four children: Kayla, B. Donta II, Tyler and Amber. 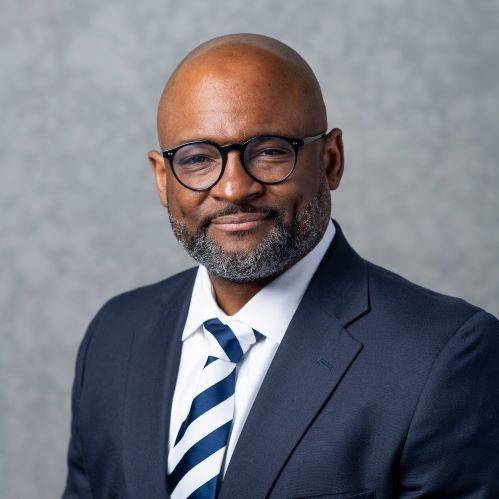 
Page last modified January 4, 2022
Report a problem with this page