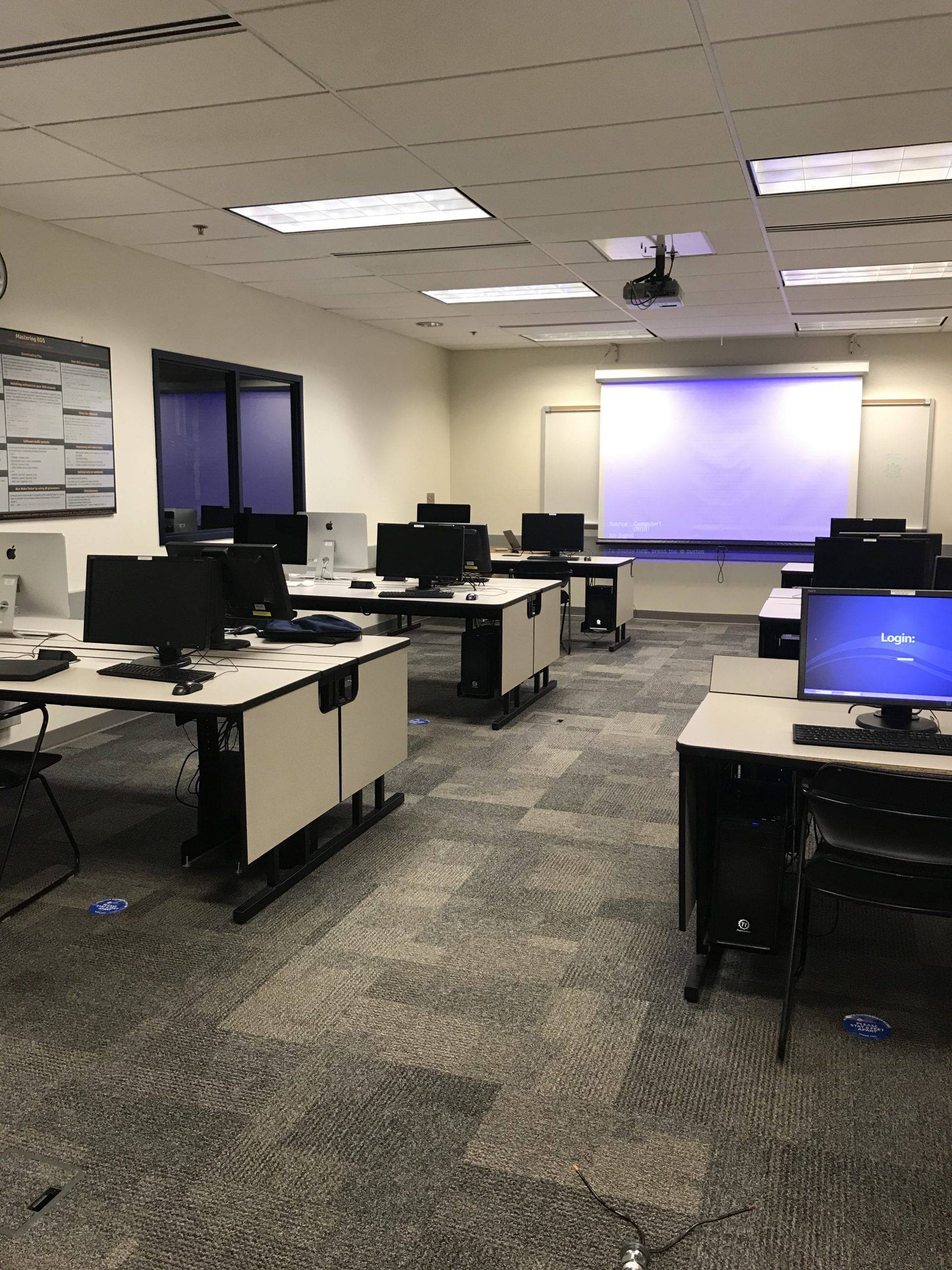 The Architecture lab (better known as ARCH lab) is located at A-1-101 Mackinac Hall.

The Arch lab consists of ten machines running Linux with the same image as the EOS lab, and twelve iMacs running macOS 10.14 (Mojave). The notable difference in software image is the inclusion of Apple’s XCode IDE, specifically included for iOS mobile application development. The Linux machines are custom built by out IT staff with AMD Ryzen 7 8-core processors, sixteen gigabytes of memory and Nvidia GeForceGTX 1050 Ti graphics cards. The Apple machines are iMacs with at least sixteen gigabytes of memory. The lab supports students in CIS 357, CIS 451 and CIS 657.  The lab is frequently used for project space and a general work area for our students.  Access to the lab is provided 24/7 via CIS keycard.

Check out the video tour below of the ARCH lab, given by Network Systems Administrator, Thomas Holcomb!

Page last modified March 23, 2022
Report a problem with this page