Mathias J. Alten: An Evolving Legacy
at the George and Barbara Gordon Gallery

Monday, October 5 to Friday, October 30, 2009 - India is the second most populous country in the world with over one billion people. It has successfully managed to preserve their culture and traditions through a myriad of invading foreign influences, including central Asia and various European countries. More than 60 pieces of Indain art were on exhibit in the GVSU Art Gallery, including minature court life painting, sculptures of major deities, multicolored folk art, and intricate inlaid marble works. The exhibition focused on the stories and legends reflecting India's diverse cultures, as told through her many traditional art forms. The artwork shown in Mystic India was a selection from the university's collections acquired during the course of two visits with members of the GVSU Friends of Art. Their travels took them from Dehli to Agra, through the desert state of Rajasthan. Along the journey, they sought local art forms in paining, sculpture, carving, and other crafts. 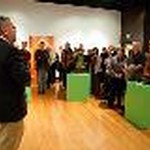 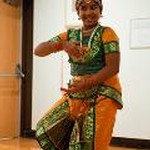 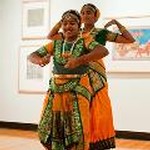 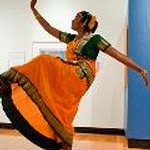 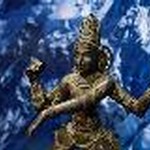 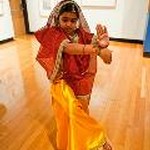 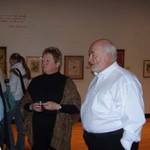 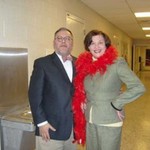 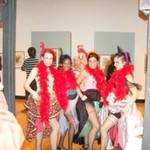 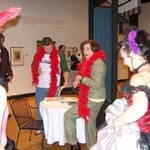 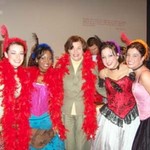 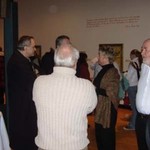 Tuesday, October 7 - Friday, October 31 - Renowned Korean artists presented work created during the first GVSU International Ceramic Workshop during this premiere exhibition. Lee enjoys rough and large installation work, whereas Hong likes very delicate work. Though different in their styles, they live and work together in Heyri, a cultural village in the Paju province of their native Korea. Both of these artists enjoy an international reputation for their fine craftsmanship and blending of ancient techniques with new and innovative methods. 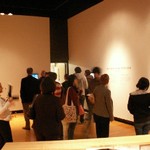 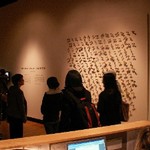 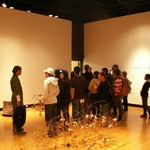 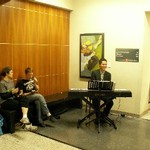 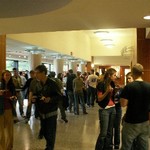 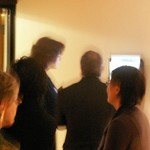 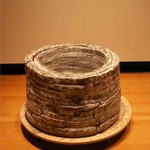 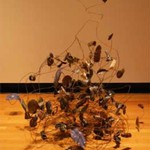 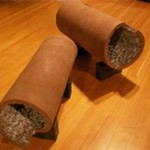 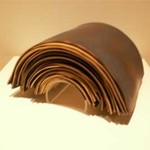 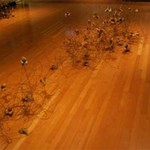 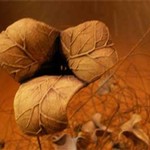 Friday, August 22 - Friday, September 26 - The GVSU Art Gallery began a new season with an exhibit that payed tribute to both traditional and modern techniques in ceramics. Artists have been creating ceramics in Korea since about 6000 BC. This exhibit included ceramic art based on celadon from the Koryo Dynasty (918-1392) and buncheong from the Choseon Dynasty (1392-1910), as well as modern techniques. Lee has been coordinator of the ceramics program since coming to Grand Valley's Department of Art & Design in 2004. The Korean-born artist works primarily at performance-based installations, though his vast interest and experience in ceramics play a role in many of his projects. Of the many pieces created for the exhibit, one non-ceramic piece rose above the others. Hanging from the ceiling of the exhibit was a 12-foot submarine skeleton Lee fashioned from thin strips of bamboo, in part as a tribute to the bamboo tools used in ceramics. "A submarine is a special type of container whose shape resembles the traditional bottles of early Korean ceramics," said Lee. "I thought it would also be a fun way to make reference to the many pieces of ceramics on the sea floor from sunken ships that imported Korean ceramics to Japan centuries ago. 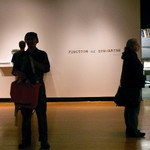 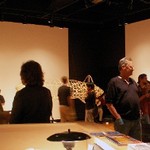 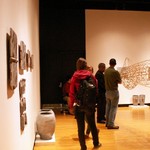 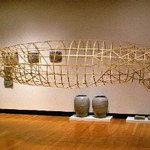 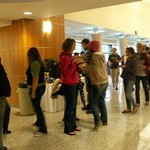 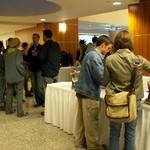