In preparation for the exhibition MATHIAS J. ALTEN: AN AMERICAN ARTIST AT THE TURN OF THE CENTURY that traveled to The Dennos Museum Center at Northwestern Michigan College in Traverse City, September 20, 2020 through January 31, 2021, the #GVSU Art Gallery team, including staff and students, gathered stories and information about Alten's life and work that create a vivid portrait of the artist. Here, Erin Harshberger, GVSU class of 2021, reflects on Alten's role in the furniture industry of early 20th Century Grand Rapids and the lasting legacy of that period.

"In the early 1900s Grand Rapids was a leader in fine, handcrafted furniture production due to the availability of lumber and skilled immigrant workers settling in the city. There was a semi-annual furniture market that attracted wholesale buyers from across the country, which brought on the title “Furniture City”. At the time, cabinet makers were both workmen and merchants, so it’s likely that the man on the cover of this magazine is both. The timing of this project; researching the life and work of Mathias Alten, aligned with my move to the city of Grand Rapids. While exploring my new neighborhood I started to see connections between the history I was researching and my new city. There is an ice cream shop on Cherry Street called Furniture City Creamery that I innocuously visited on a break from writing about Alten, only to look up from my cone to see the title of the shop and be instantly reminded of him." Erin Harshberger

Posted on Permanent link for Mathias Alten's Connection to Furniture City on October 22, 2020 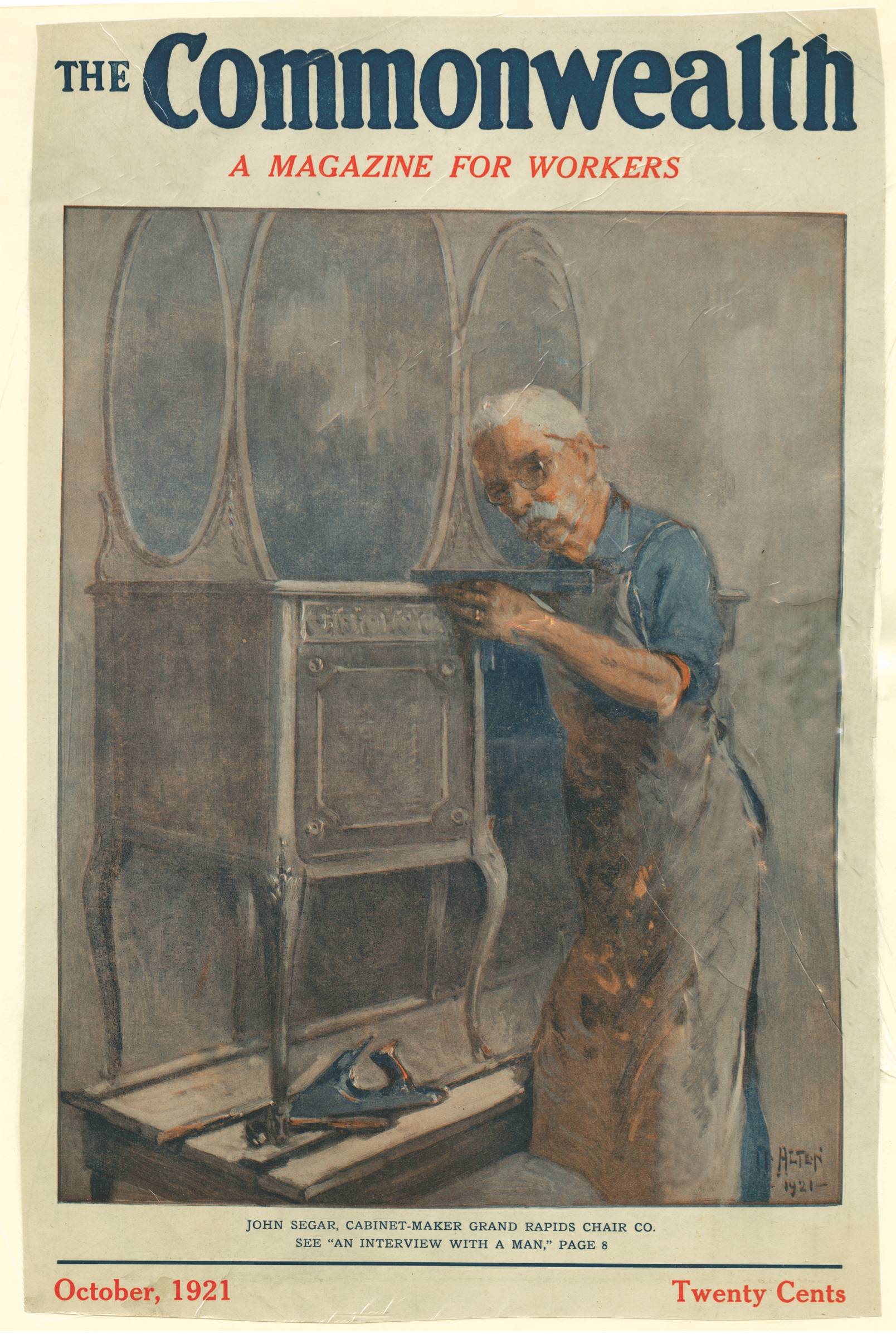 Posted on Permanent link for Mathias Alten's Connection to Furniture City on October 22, 2020

"In response to the COVID-19 pandemic, GVSU switched to virtual teaching and learning on March 11th, 2020, leaving many students including myself rushing to get home, stay home, and stay safe. One GVSU student paused to Snapchat a piece of artwork installed in the hallway of their South E, Allendale Living Center during the required move out. The observed artwork titled, 'Party Masks,' shows a family gathered around a table with a cake and candles ready to be lit- a seemingly normal scene of celebration. What I imagine caught the student off guard during move out was the medical face masks worn by every family member in the print. No more than a month ago this image would be confusing and the masks would have felt out of context. But today, “Party Masks” perhaps depicts a new normal as increased fear of COVID-19 spreads." - Megan Daniels

Posted on Permanent link for Art is Fluid on April 8, 2020 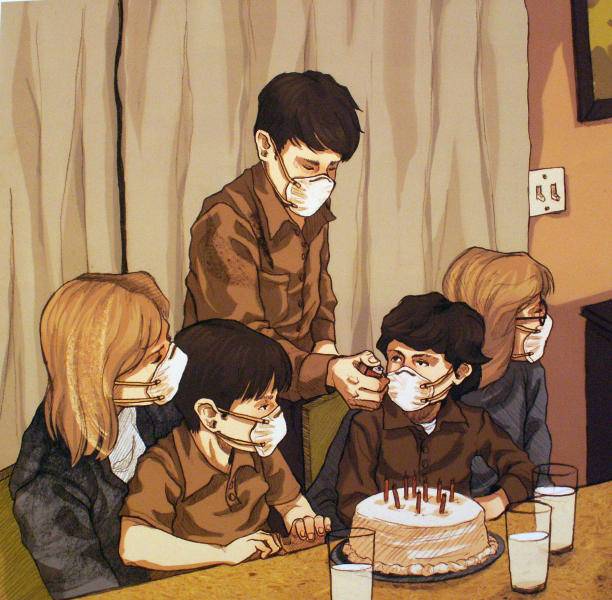 Posted on Permanent link for Art is Fluid on April 8, 2020


Page last modified October 22, 2020
Report a problem with this page