In looking at social issues, our near past is often overlooked in light of present-day progress. Today domestic violence awareness and prevention programs on college campuses are commonplace, but it’s been less than 30 years since the Violence Against Women Act (VAWA) was created in 1994. That legislation, the result of extensive grassroots efforts, acknowledged domestic violence and sexual assault as crimes and provided funding for anti-violence resources. Since then, the Act has been revised and reauthorized multiple times and is currently awaiting another reauthorization to close gaps and inequities in the original bill.

Even before the VAWA, Donna Ferrato, an American photojournalist and activist, was documenting acts of violence against women and their aftermath. In 1991, she published Living with the Enemy, a book that, for the very first time, revealed in shocking detail the private violence that went on inside American homes. A few years later, her iconic photo of a woman with two black eyes appeared on the cover of Time magazine.

Ferrato’s photographs of domestic violence and its aftermath have become landmark essays in the field of documentary photography, challenging social attitudes and putting a spotlight on the devastating impact of everyday violence. During her career, Ferrato has worked as an advocate for victims/survivors. She founded the non-profit Domestic Abuse Awareness Project and the I AM UNBEATABLE project, aimed at raising awareness and preventing domestic violence against women and children, featuring personal stories, interviews, and photographs.

Donna Ferrato: Unbeatable is an exhibition drawn from the Grand Valley State University’s permanent collection of art. It includes photographs from Ferrato’s early years documenting violence against women as well as portraits of women from the I AM UNBEATABLE project alongside their stories. This collection of photographs are a powerful reminder that the fight to protect women and children from violent crime began long ago and continues today. 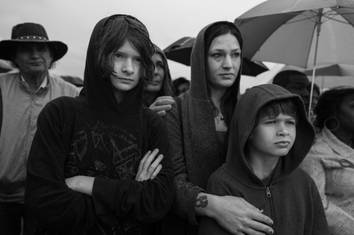 Donna Ferrato, For The First Time, Unbeatable Sarah And Her Two Sons Stood Publicly With Other Victims Of Domestic Violence At "Meet Us At The Bridge," Nashville, Tennessee, archival pigment print, 2013, 2020.43.14 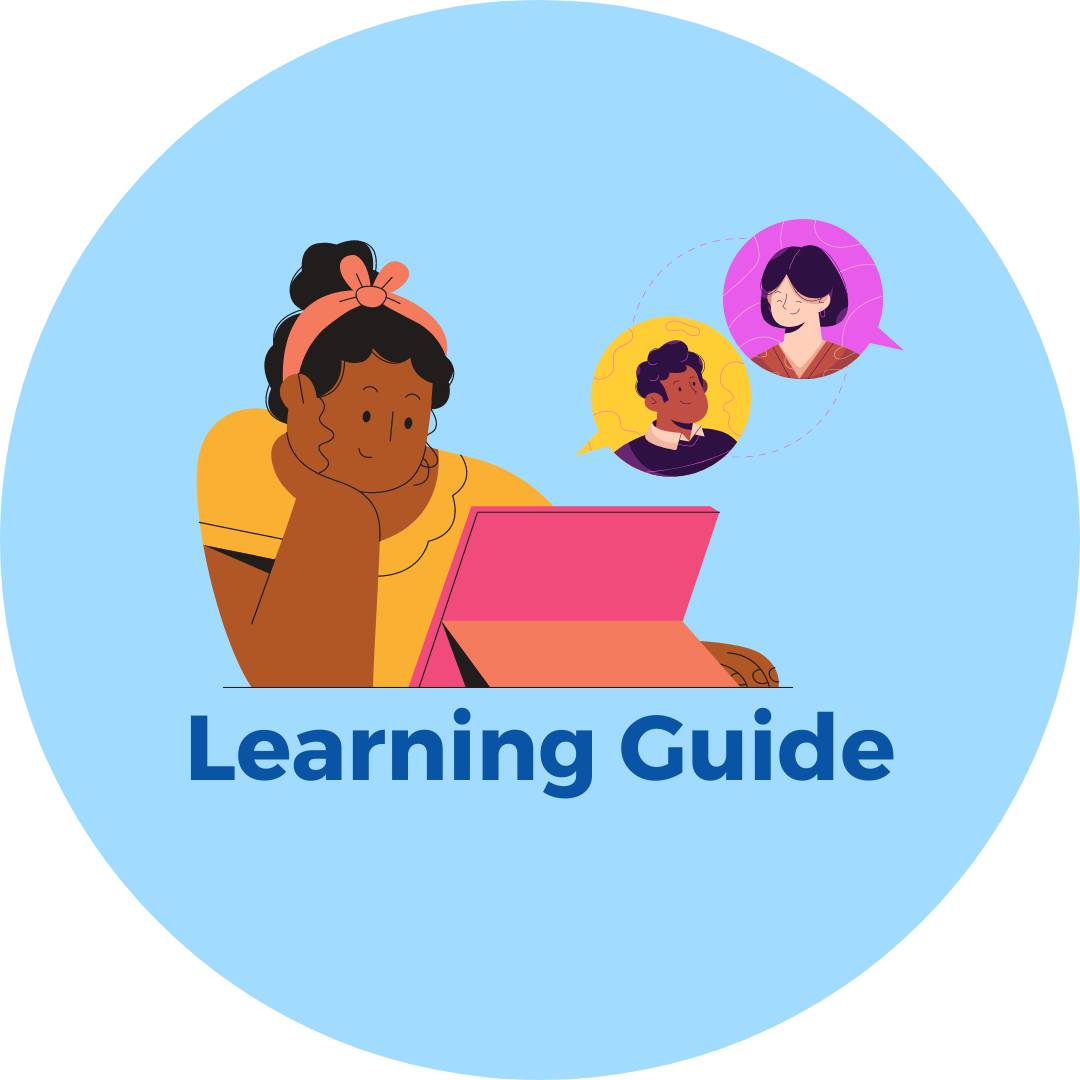 A quick-reference guide to the exhibition themes as well as discussion prompts for educators to incorporate into their teaching. 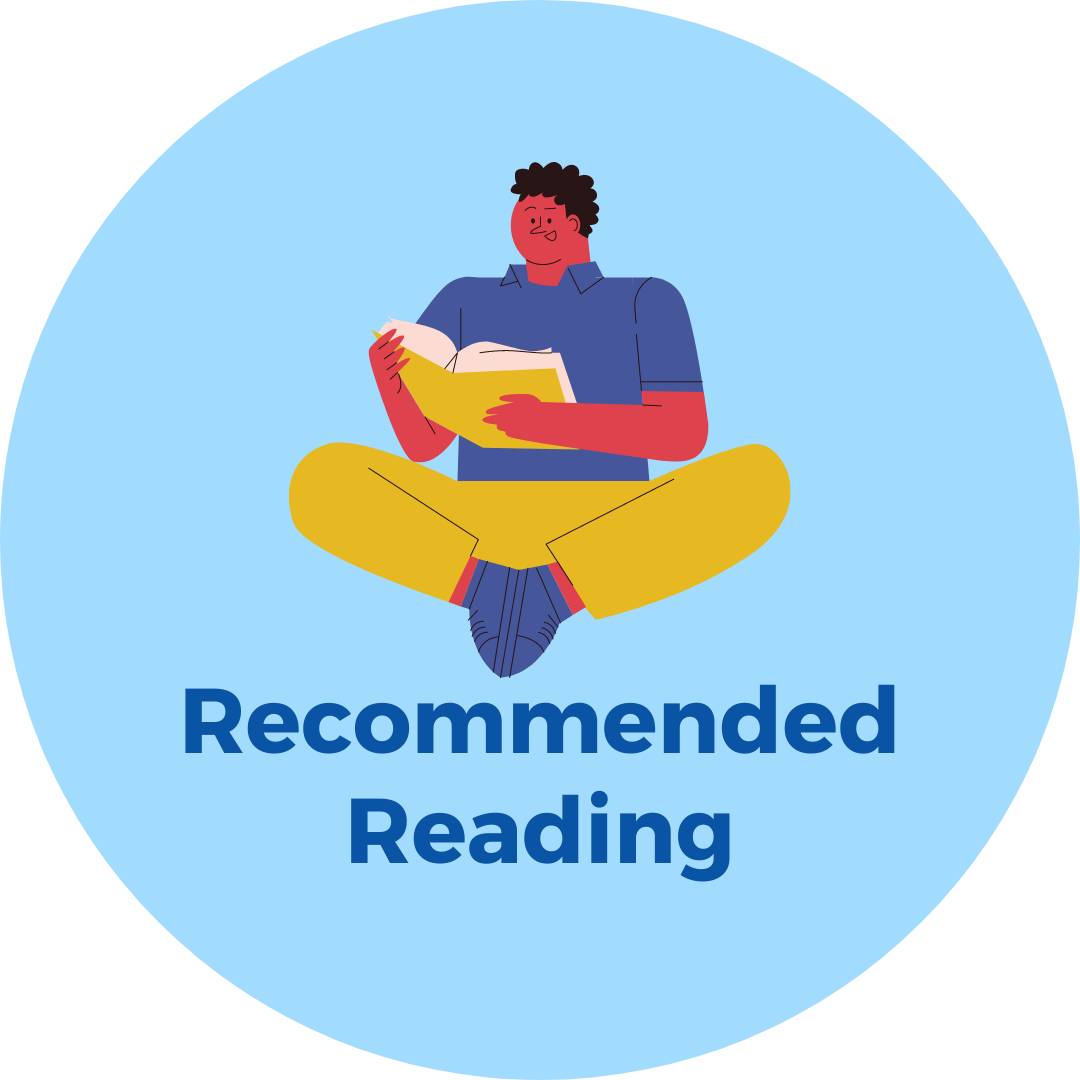 A list of books, articles, and other media related to the exhibition available from the GVSU Libraries in a variety of formats including print and digital.

Events, both in-person and virtual, related to this exhibition and others. 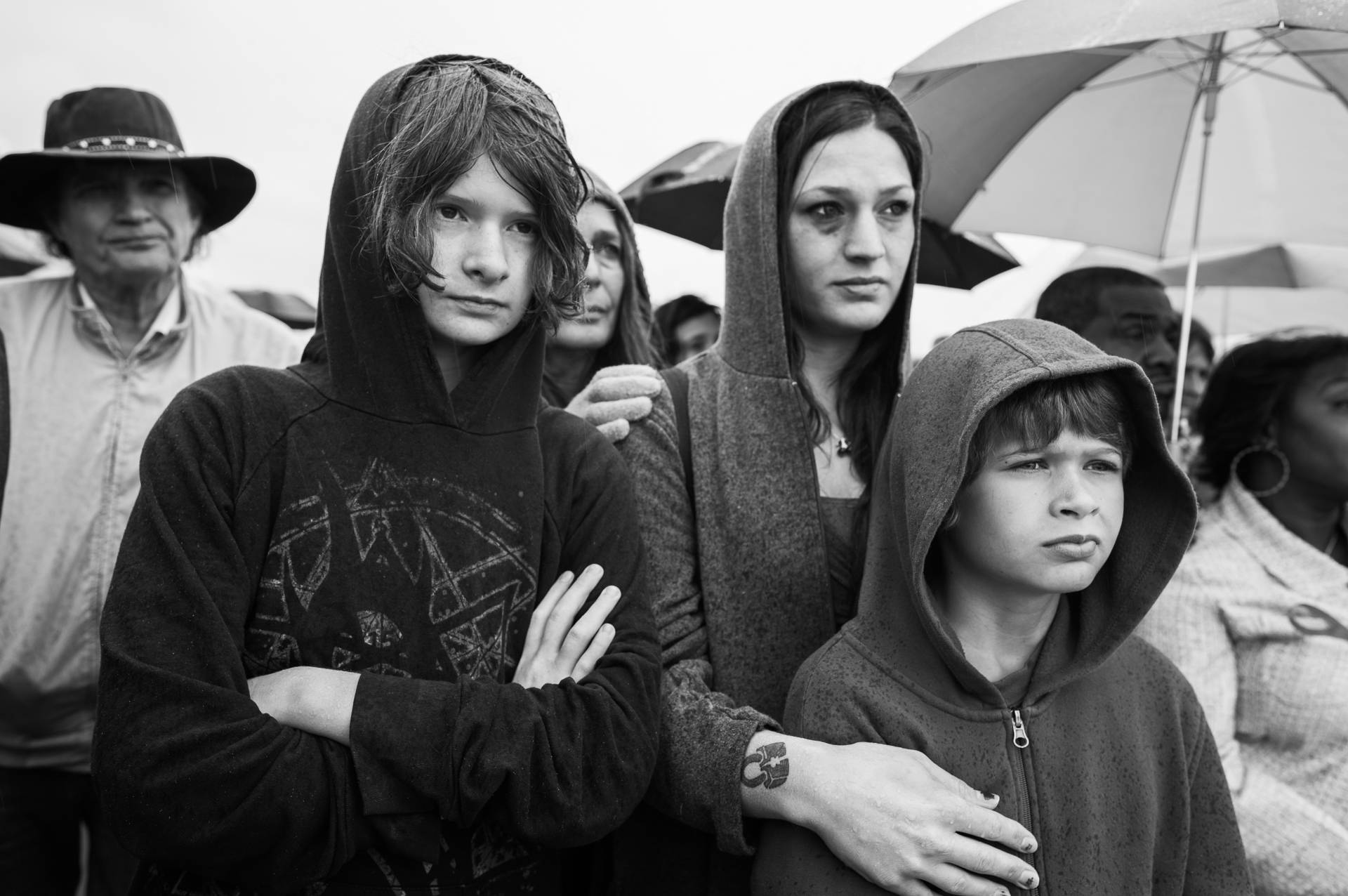 Donna Ferrato, For The First Time, Unbeatable Sarah And Her Two Sons Stood Publicly With Other Victims Of Domestic Violence At "Meet Us At The Bridge," Nashville, Tennessee, Archival Pigment Print, 2013, 2020.43.14, Gift of Scott Beaver 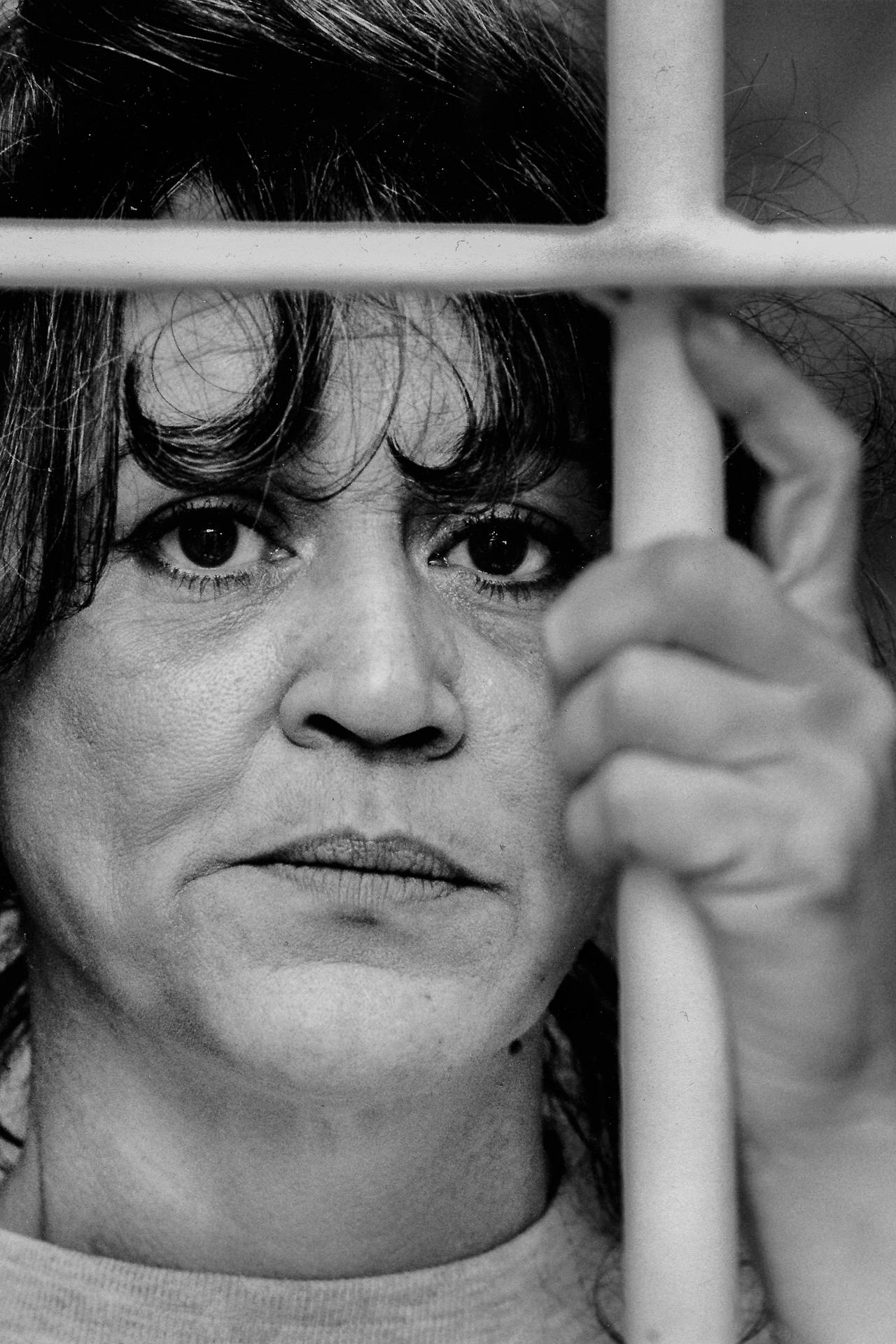 Donna Ferrato, Becca Jean Hughes Served Decades In Prison For Killing Her Husband InSelf-Defense Because His History As A Batterer Was Not Allowed To Be Admitted As Evidence, Renz Correctional Facility, Jefferson City, Missouri, Archival Pigment Print, 1990, 2020.47.18, Gift of Scott and Carla MacLeod 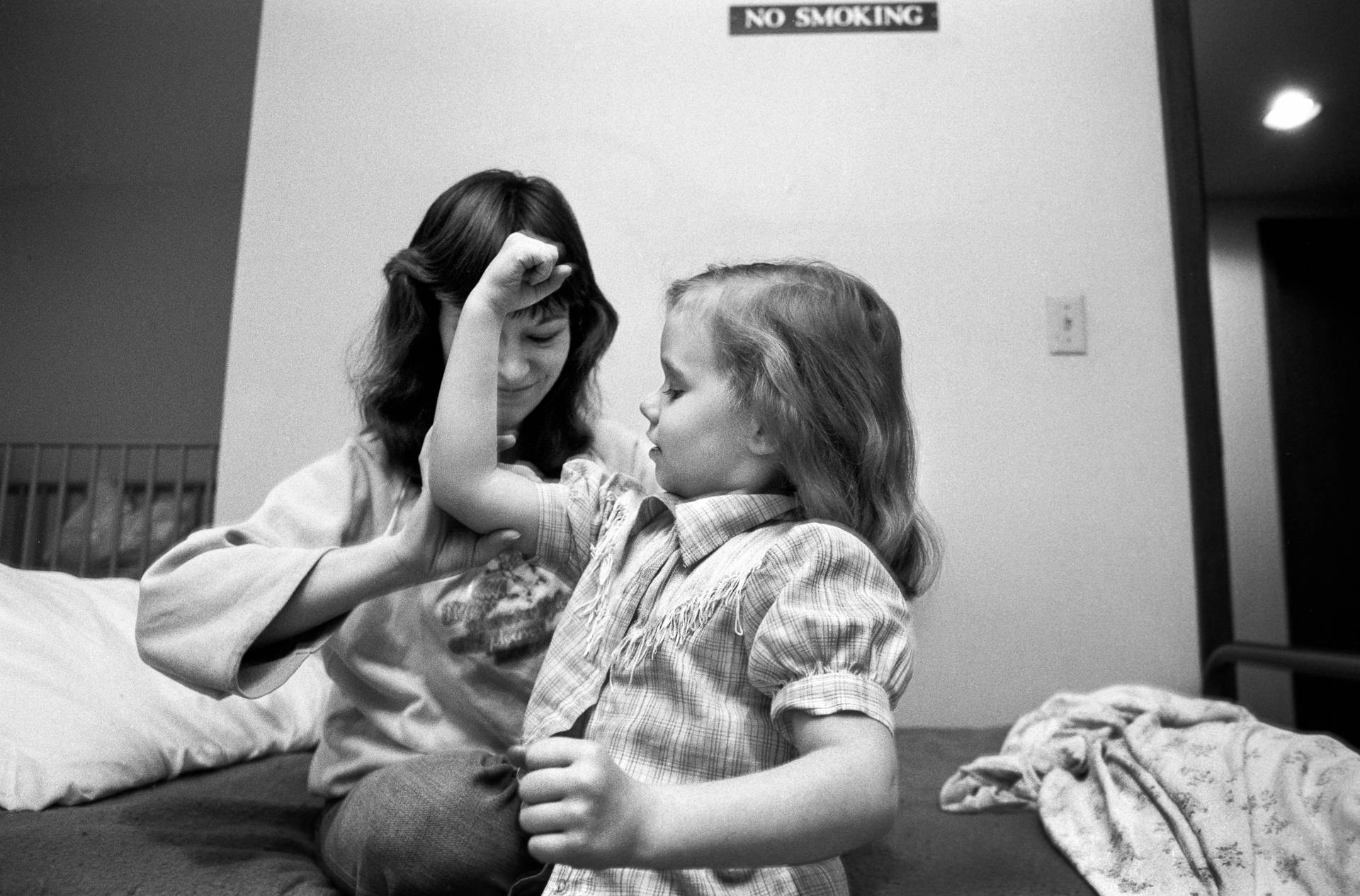 If you or someone you know is experiencing intimate partner violence, you can find support by visiting gvsu.edu/artgallery/supportingsurvivorsviolence.

To learn more about the artist, Donna Ferrato, visit https://www.donnaferrato.com/.


Page last modified October 12, 2021
Report a problem with this page