Artifacts of Identity: Tintypes of the Modern Persona

With the advent of tintype photography individuals of lower socio-economic status had access to a means of capturing their identity for the first time ever. Even as tintypes gave way to more advanced methods of photography its cultural impact remained. Now with a camera at almost everyone’s fingertips the “selfie” is a primary means of expressing self-identity.

Artifacts of Identity: Tintypes of the Modern Persona showcases antique tintypes from the GVSU Art Gallery Collection along-side modern tintypes portraits by local Grand Rapids artist, Bud Kibby. Kibby graduated with honors from the Kendall College of Art and Design in 2013 with a degree in photography. He is the owner and sole proprietor of TINYuproar Inc. and has remained active in the local community as both a professional photographer and artist.

Show off Your Identity!

How do you see yourself? How do you choose to represent your identity to the outside world? We want to see what you do that makes you feel authentically like yourself. Post a selfie or portrait with the hashtag #gvsuidentity to showcase your self-identity. Submissions will be featured on the Art Gallery’s social media feeds and may be included in an upcoming winter exhibit! 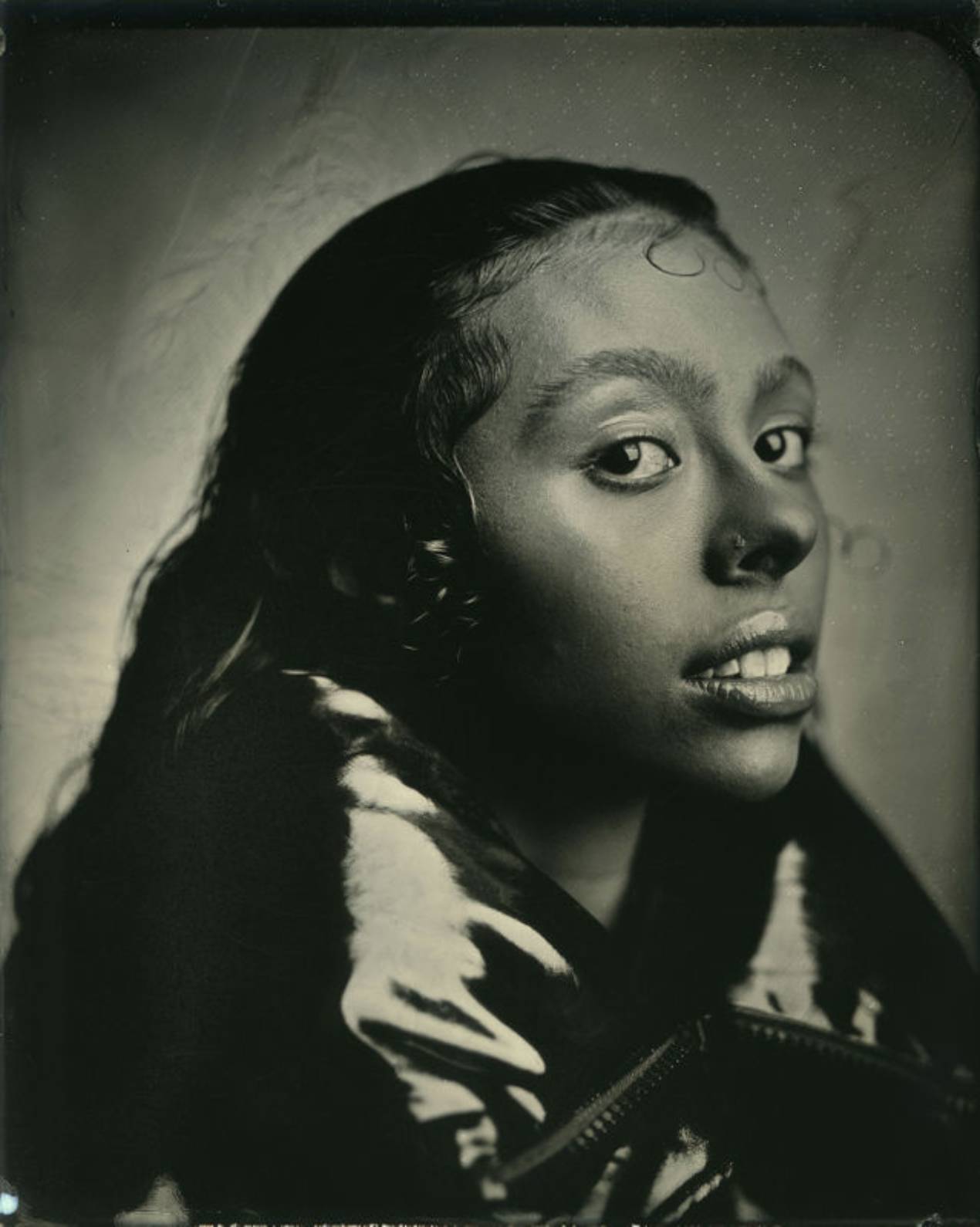 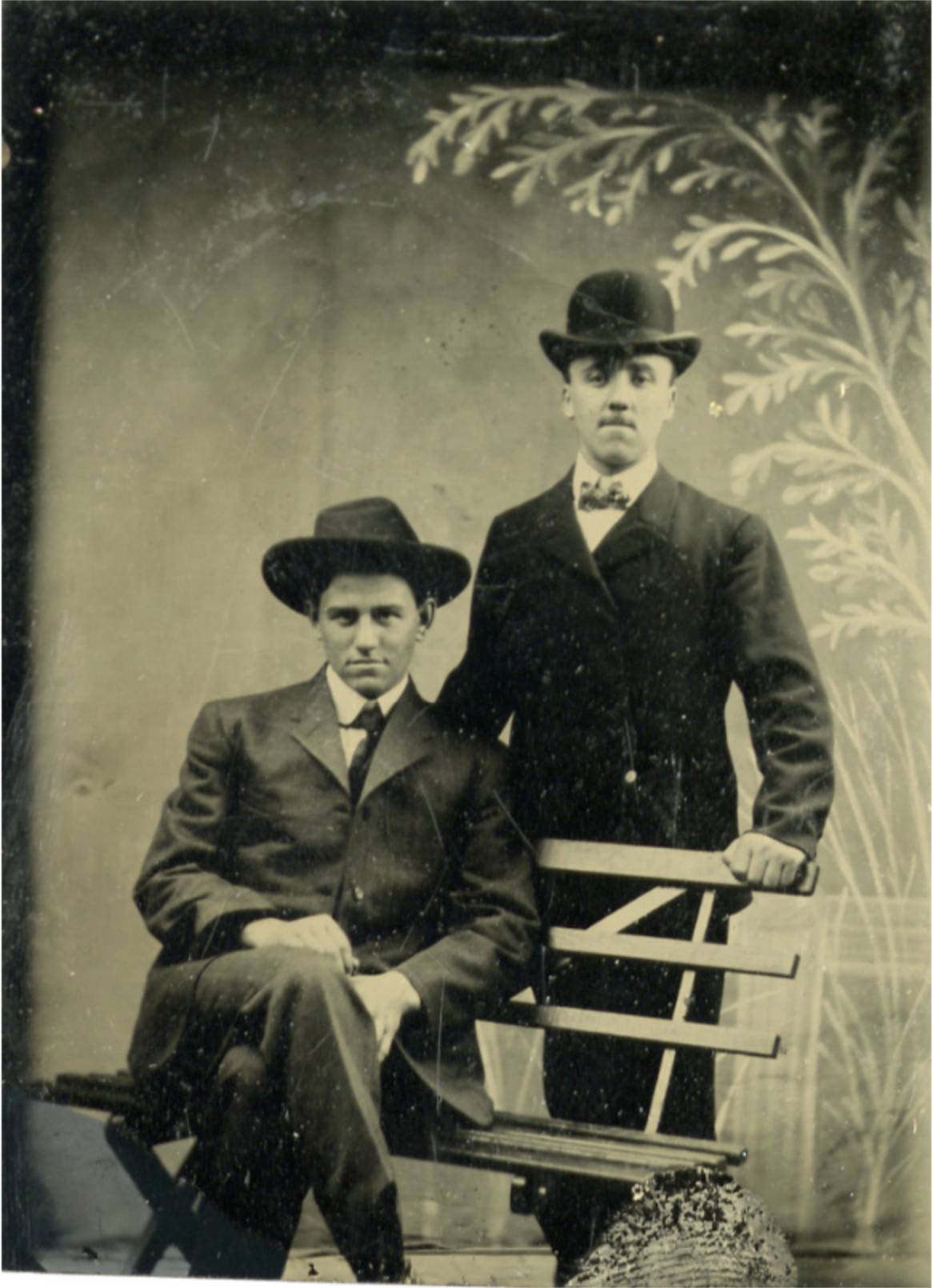 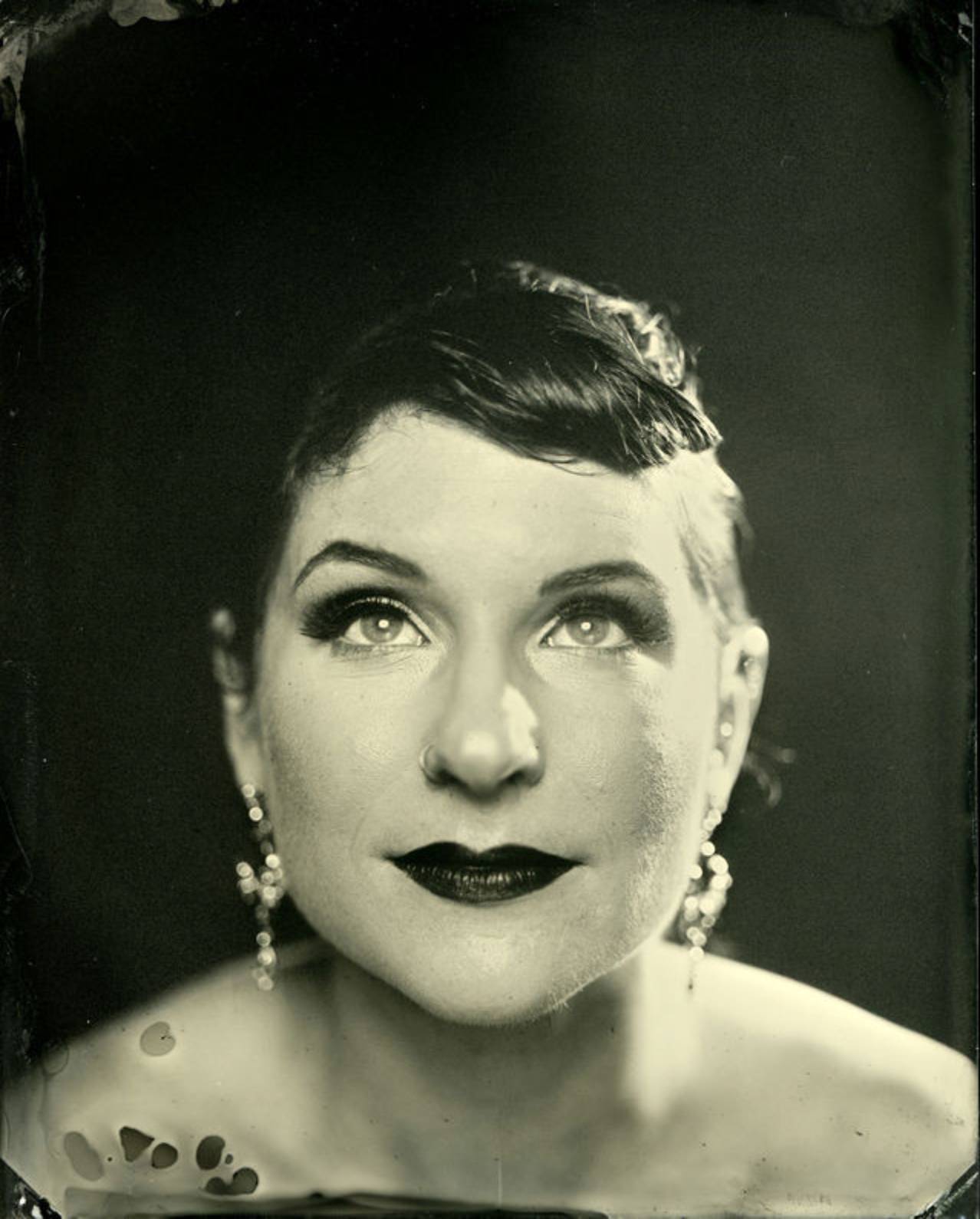 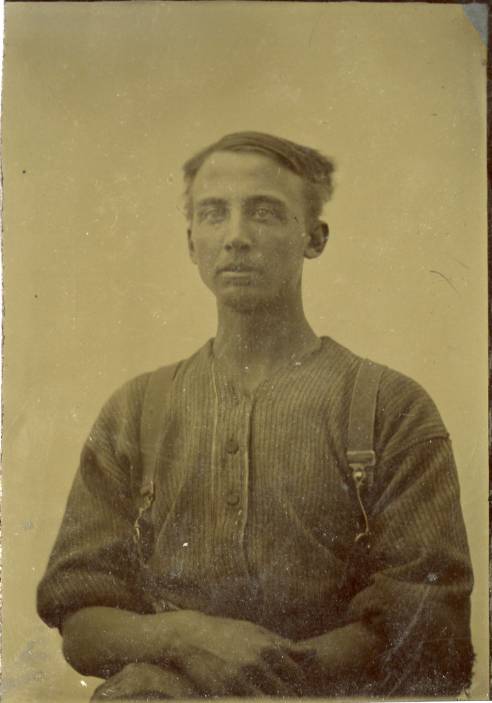 The Process of Tintype Creation

There are two ways to process a tintype plate; wet and dry. In the wet process the collodion is carefully poured onto the plate to create an even coating before it is placed in a silverbath. The interaction between the silver nitrate in the bath and the collodion cause the plate to become light sensitive. After several minutes in the bath, it will be removed and placed in a light safe cartridge (or directly into the camera). Depending on the humidity, the photographer has a matter of minutes before the silver emulsion dries on the plate and it becomes ruined so they must work quickly to pose the model and focus the camera.

The photograph is taken and the plate will be brought back into the dark room. It is submerged into a mix of ferrous sulphate and distilled water for a few moments until the image is developed onto the plate. The plate must then be rinsed thoroughly using distilled water to remove any residual developer and stop the plate from further processing. Once the plate is rinsed, it will be put into a fixative bath of sodium or ammonium thiosulphate and the image will transform into its final state within a matter of minutes. After the plate is fixed, it is rinsed for upwards of 30 minutes to ensure all residual chemicals are removed. Once the plate is completely dry, it will be coated with a varnish to both protect the surface and add further depth to the values of the final photograph.

Watch Will and Norm from Adam Savage's Tested go through the process of tintype photography.

The History of Tintypes

Created in 1851, tintype photography quickly rose in popularity due to its accessibility and relative low-cost in production. They remained popular for the next several decades and persisted into the early twentieth century as novelty attractions during carnival and fairs.

Unlike its predecessors, tintypes were sturdier, easier to transport, and didn’t require such lethal materials for production. The resulting impact meant that many more photographers were able to obtain the necessary equipment and chemicals without the needed permits or special protective gear. It also meant that the cost savings could be transferred to the consumer. Whereas an ambrotype could cost upwards of five dollars an image – equivalent to approximately $165 today – a set of a dozen tintype images could easily be sold for as little as ten cents.

This drastic shift in affordability meant that, in a country divided by the Civil War, the tintype became an essential tool of capturing soldiers’ likeness. Infantrymen could carry images of loved ones onto the battlefield without the risk of damage. More importantly, photographers could follow soldiers onto the field, capturing images of the pain and brutality that came with war for the first time in history. It’s possible the use of tintype photography in this manner is what firmly cemented its popularity in American culture.

While images captured during the Civil War were considered a form of artistry, the post-war reception of tintypes brought criticism from the established art and photography community. These critics stressed the abundance of tintype photographers equated to a lack of artistic ability. The ostracization of tintypes meant it was never fully integrated into the realm of fine art but that did little to diminish its popularity. Even as the accessibility of photography further increased with the introduction of film in 1884 tintype photography remained a part of the American culture through the turn of the century. 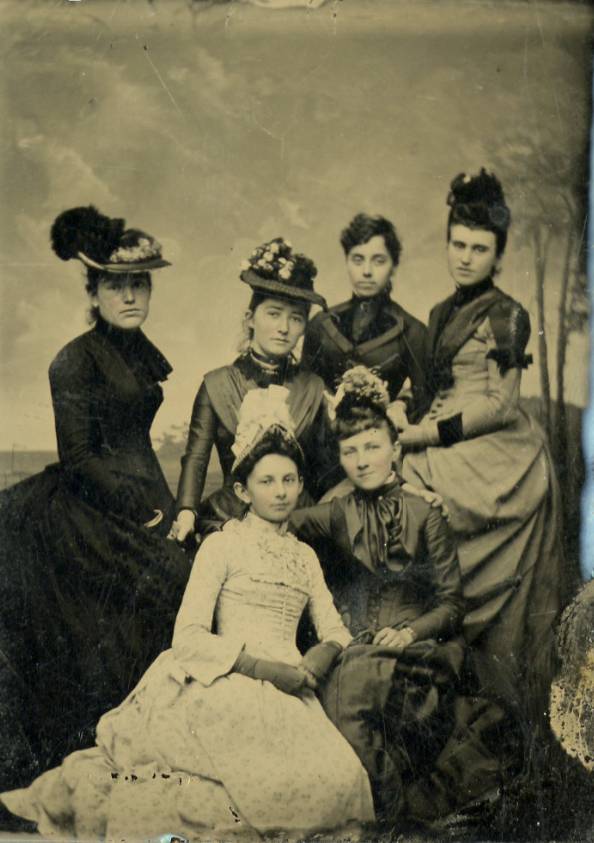 This exhibition showcases the process of tintype photography, its impact on the photographic arts, and how photographic portraits shape and are shaped by an individual's identity characteristics including age, race, gender, and sexual orientation, among others. This exhibition engages themes related to identity, chemistry, and history. Check out the following GVSU Library books and articles to learn more about these key themes or use the Libraries Catalog to find more information. 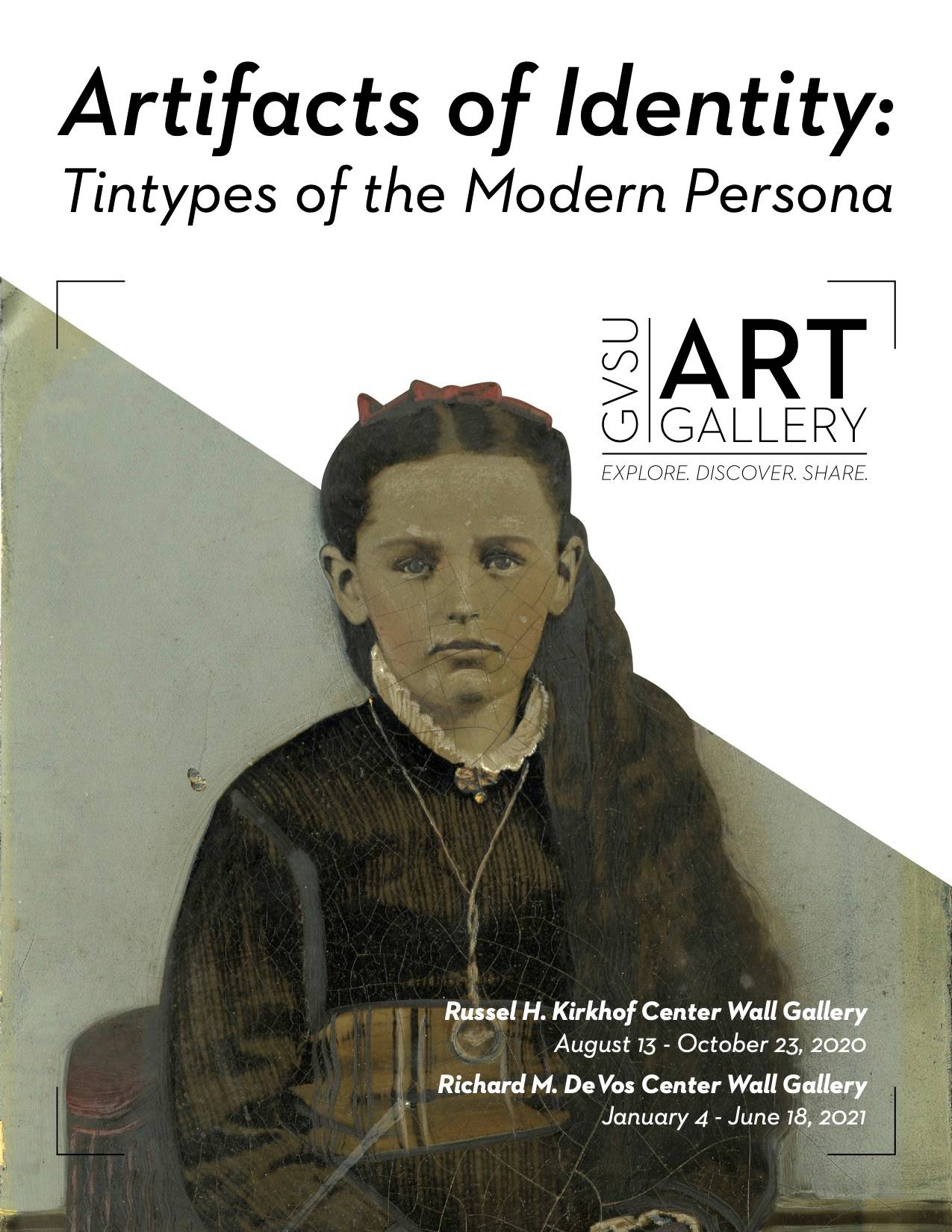 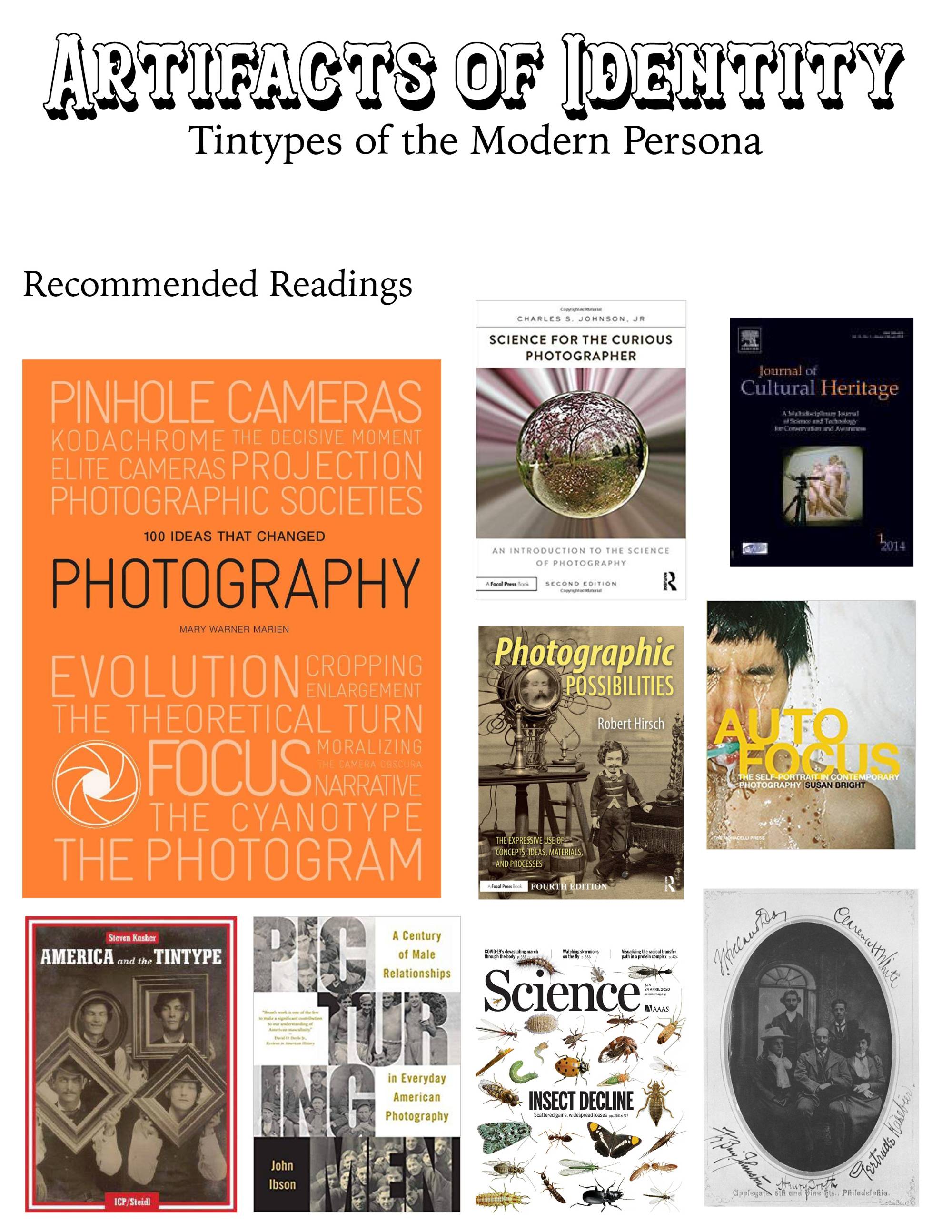 
Page last modified February 12, 2021
Report a problem with this page