LAKERS TOGETHER: Be sure to complete your online daily self-assessment. 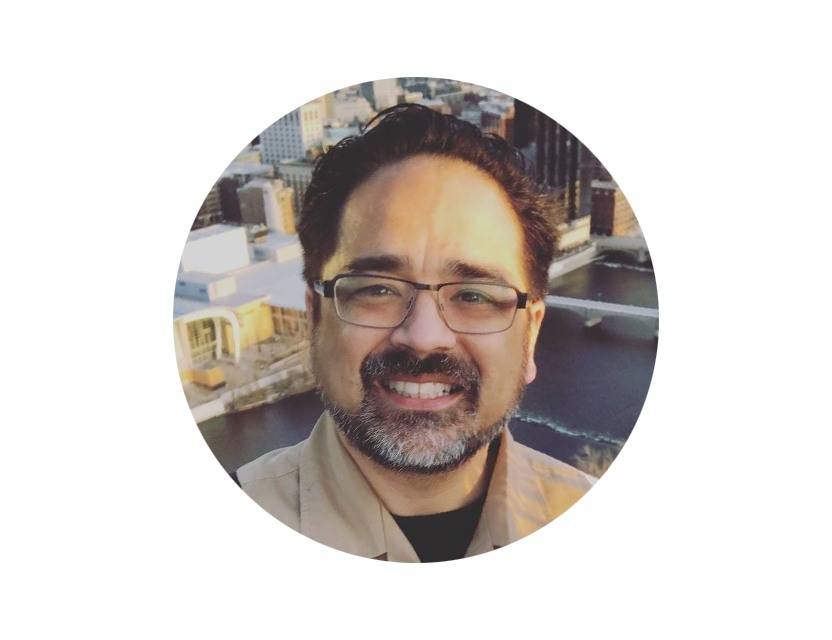 Stafford Smith grew up mostly in the small towns and villages of upstate New York - which looks a lot like rural Michigan.  After college he spent a decade working in the Japanese broadcast television industry; an endeavor that took him to the L.A. riots, breakfast with Tonya Harding, a cat circus in Key West, and finally as an on-air presenter for financial news in Tokyo. The birth of his first child triggered a re-evaluation of his life and a decision to leave television and return to his earlier interests in the fine arts. He earned his M.F.A. in 2004 and began teaching that fall.

Much of Stafford Smith's work is about the medium of photography itself. From a decade long investigation into the representation of the family to the roll of photography in the age of social media to the dynamics of the photographer's gaze Stafford has been influenced by the critical writings of Roland Barthes, Vilém Flusser and Paul Frosh. Stafford's current obsession is with an alternative process he discovered involving aged and distressed negatives from Fujifilm's instant negatives. See his website for examples. Stafford indulges in many branches of the fine arts including painting, cartooning and video alongside his true passion, photography.  Stafford enjoys exploring the waterways of Michigan in his Kayak and eating good food in Chicago.


Page last modified August 24, 2020
Report a problem with this page