Red, White, and Blue in the Face: Apologizing for Your Country 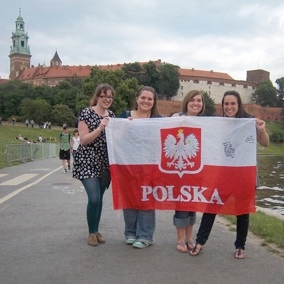 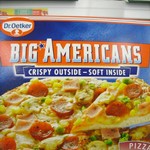 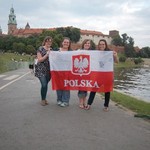 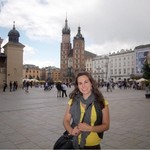 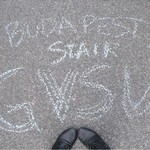 View More Red, White and Blue in the Face

Red, White, and Blue in the Face: Apologizing for Your Country

“It’s time you learned the truth about your country,” Samuel kindly offers, as he opens the door for me. As an American living in Mexico, I’d made many Latin American friends who would constantly forget I was from the USA. My mother is from Mexico, so my Spanish is native, allowing friends to commonly forget my American condition. They’d say anything borderline to widely offensive, and shrug it off saying “oh, but not you! You know, the rest of the Americans.” Samuel, a friend from Ecuador, decided it was necessary to corner me in a café in order to correct the history of the USA for my brainwashed mind. He proceeded to go through shady CIA operations in Central America, to bombed helicopters in South America, fake walking on moon photos, and concluded that the US is single handedly responsible for the destruction of mankind. When Ghandi was asked what he thought about Western Civilization, his dry response was “I think it would be a very good idea.” It’s hard not to feel defensive in such a confrontational situation, but come on; didn’t we invent the light bulb? The telephone, the airplane, and let’s not forget the wonders of google!

Alright, so we as a country have done some nasty stuff. But I don’t remember being consulted about any of it before it happened.

Am I supposed to be apologizing for my country?

It’s like apologizing for my last name, my family, or my hair color. It’s part of who I am, but it isn’t the only thing that defines me. And sure, it’s something that can change, but it’s also something I was born into.

From golden arches (of the fast food variety) to nuclear missiles, the US walks on the wild side in terms of world controversy. Unless Universal Studios offers an open entrance day, the terms “free” and “universal” aren’t commonly associated together on this side of the pond. For all the talk of our past glory days and our uncertain future in the interacting world, the US as a country has a lot to prove.

But where does that leave us, the citizens? The people who are from this giant, diverse, and controversial place? As travelers, many of us Americans like to poetically think of ourselves as global citizens. We laughed/cringed at Bushisms with the rest of world, and buy organic tomatoes when we can, and many of us would jump at the chance for free education. The truth is, most of us have our own dislikes about our country. Yet, often when traveling, other nationalities want to hold us personally accountable for what our huge country does on a world scale. I’ve been “randomly’ asked what modern day country was formerly Mesopotamia (trick question, there are 5 countries that fit), how many nations exist in Africa, and who was really responsible for the death of Pablo Escobar. Constantly, people from other countries want to test my general education knowledge, as if trying to find loopholes where I’ll admit that I’ve never seen a map and that manifest destiny is the rightful cornerstone of international relations. If I respond correctly, I might be awarded a gracious “Well, you don’t seem American!” and if my answer is perceived as incorrect, I’ll be acknowledged with a smug look of confirmed expectations.

A friend living in Barcelona commented “When you’re American, and you travel, it’s like everyone thinks you are a personal suggestion box for the entire country. People come up to me, unprovoked, and say things like ‘You shouldn’t be in Iraq!’ I don’t think they realize I don’t make those decisions…”

After living in Mexico, Hungary, Poland, and Colombia, and visiting 10 other countries as well, I’ve had my share of “oops I’m American moments.” Sometimes apologetically, but sometimes proudly as well.

Granted, not all of our stereotypes are negative. During a statistics exam in Debrecen, Hungary, the professor sternly announced “there will only be one student per table, to avoid cheating.” Gently she added “Except for the Americans. You may sit wherever you want, Americans never cheat.”

Many argue that positive stereotypes are just as harmful as derogatory ones. Both make assumptions based on nothing but rumors, and neither positive nor negative stereotypes bring anyone closer to any sort of understanding of reality.

Perhaps the answer is not claiming to be Canadian, but displaying our own realities of the USA-but specifically only speaking for ourselves. It’s such a large country that even within Americans, our own perceptions can be vastly distinct. At a pizza shop with a group of international friends in Hungary, some American reality show came on TV. The American friend to my right shook her head vigorously, and said to the group “Uf, this disgusts me, that people think this is what the US is like, this show is so trashy and far from reality!” The American to my left retorted “I love this show, I watch it with my friends all the time and I think it’s really accurate!” And me? I had literally never even heard of the show, and had absolutely no opinion on it.

Is it hard to be American? Of course we have our problems. But in terms of nationalities, truly, no- it’s not hard. We get easy entrance to many countries, and we are home to some of the world’s most prestigious universities. Our landscape is more diverse than we could dream, and we are not defined by one single religion, language, or ethnic group. So, no, on the wide scheme of things, it’s not a bad place to be from. Those who have the luxury of travel know that it gets annoying to hear the stereotypes. It gets tiring, rude, and repetitive. But it’s also enlightening. I had no idea the number of existing continents could be such a hot debate, or that the YMCA actually started in the UK (though the song is definitely ours.)

Ultimately, I just want to be free to be who I am as an individual-and what could be more American than that?


Page last modified January 18, 2017
Report a problem with this page