This program is designed for Computing, Engineering or Information Systems.

The Austria FH Joanneum (FHJ) exchange program was developed by GVSU's Padnos College of Engineering and Computing. Students studying in Computing and Information Systems may take courses at FHJ during the Winter semester. GVSU students will be invited to register for a less traditional program which offers many of its CIS courses in English on the weekend. It has been recommended by PCEC faculty that students plan to live in the city of Graz, but the weekend courses are offered only on the Kapfenberg campus which is a 40 minute train ride from the city of Graz. The CIS courses available through this program are typically offered one weekend per month throughout the semester. This weekend structure is geared towards Austrian students who work full-time, so students take classes on the weekend and complete assigned projects during the week as time allows. Students can expect to take 3 CIS courses during the semester as well as a language and a culture course. The language and culture courses are offered on the FHJ Graz campus during the week, but may also be available to students on the Kapfenberg campus.

This program requires students to exercise a high degree of independence and flexibility. While there are basic support services available through this program, participants should not expect to receive the same level and types of support they are accustomed to at GVSU. The GVSU faculty liaison responsible for this program is Jerry Scripps, scrippsj@gvsu.edu.

Note: Fall semester is only an option for students with a high proficiency in German since few courses are available in English. 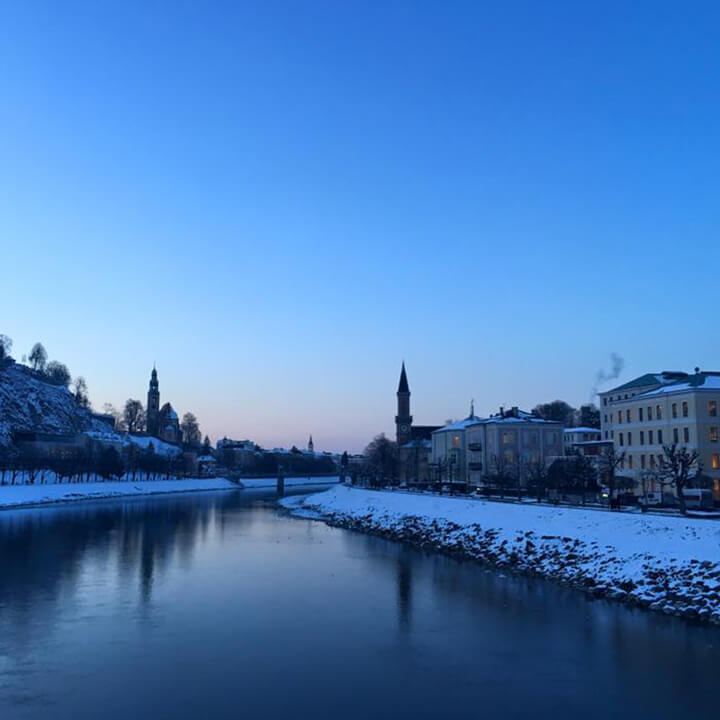 Only Spring/ GV's Winter Semester is available for students seeking to take courses in English.

Students can take a wide range of courses in German at FH Joanneum. Courses available in English are limited, so please review this information carefully before applying.

For a list of all available CIS courses in English:

Pre-approved Courses: Other GVSU students have studied abroad at this partner institution. The button below will take you to a list of GVSU equivalencies they have received. PLEASE  NOTE: This list indicates courses that have been previously approved. This is NOT a list of all available courses on this program.

Students registering for courses that have NOT been pre-approved will need to follow the course approval instructions: Course Approval Process

Students will be responsible for arranging their own housing in off-campus apartments.

Computing and Information Systems students typically live in Graz, but take courses on the Kapfenberg campus which is about 40 minutes by train from Graz. Students may live near the Kapfenberg campus; however, many recommend living in Graz for the many activities available.

NOTE: Due to COVID-19, costs may increase for basic goods and housing. These estimates are provided as a guide to help students in their planning, but they are subject to change.

ERNST MACH SCHOLARSHIP: Students can apply for the Ernst Mach Scholarship through FH Joanneum. This grant offers selected students 940 Euro per month or approximately $1,070 US per month. Additional information can be found on the website at: http://www.mladiinfo.eu/2014/11/11/ernst-mach-grants-for-study-stays-at-austrian-universities-of-applied-sciences/

How will I pay for this?

Undergraduate students must be majoring in Computing, Engineering or Information Systems and have junior standing and a minimum 2.7 GPA

Graduate students must have completed 1 semester at GVSU and have a minimum 3.0 GPA

No prior language experience required for this program, however, some background in German language would be beneficial. Students should expect to take the German language course offered to international students.

When studying abroad, it is important to learn about the culture of your host country.

Graz, with a population of 301,368, is the second-largest city in Austria after Vienna. Graz has a long tradition as a student city: its six universities have more than 44,000 students. Its "Old Town" is one of the best-preserved city centers in Central Europe. Politically and culturally, Graz was for centuries very important for Slovinia, and still remains influential. In 1999, Graz was added to the UNESCO list of World Cultural Heritage Sites, and the site was extended in 2010 by Schloss Eggenberg. Graz was sole Cultural Capital of Europe for 2003 and got the title of a City of Culinary Delights in 2008.

Students will be required to apply for a national visa (type D) prior to entry into Austria. The consulate does usually arrange "Consular Days" in Chicago for a day or two every semester. Students are encouraged to know about these important dates and make an appointment. If you are not able to get into one of the "Consular Days," you will be required to travel to New York for your visa.

Students are also encouraged to reference our student visa guide for more detailed information. Please note that the appropriate consulate or embassy must be consulted for the most up-to-date visa information.

If you fly to Vienna, take the shuttle bus from Vienna airport to the train station called Wien Meidling. Check www.viennaairport.com for the detailed schedule of the shuttle bus and information about the fare. The train schedule can be looked up at: www.oebb.at/en . Please do not forget to call your buddy from Vienna to inform her/him when you will arrive.

If you fly to Graz (www.flughafen-graz.at) and are not being picked up, take the shuttle bus to the main train station. From there you can take tram lines #1 or #7 to FH JOANNEUM. Alternatively you can take one of the taxis available at the Airport (costs around 35€ but you would need to ask the driver about the costs before taking the taxi)

US Embassy in Austria

Information for Incoming Students- Before, during and after your stay

Still trying to find a program? Use the program search to find the perfect opportunity for you.