In 2019, Scott St. Louis of Midland, Michigan, was selected as a recipient of a Marcus L. Urann Fellowship, named after the society's founder. St. Louis is one of only six recipients nationwide to receive the prestigious $20,000 fellowship.

St. Louis received a bachelor's degree in history from Grand Valley State University, and also served as the program manager for the university's Hauenstein Center for Presidential Studies. As a Urann Fellow, St. Louis will pursue a master's degree in information at University of Michigan.

The selection process for a fellowship is based on the applicant's evidence of graduate potential, undergraduate academic achievement, service and leadership experience, letters of recommendation, personal statement of educational perspective and career goals, and acceptance in an approved graduate or professional program.

"I am tremendously grateful to The Honor Society of Phi Kappa Phi, as well as the faculty and staff of Grand Valley State University, for the very generous Marcus L. Urann Fellowship," St. Louis said. "This award will open up an abundance of possibilities during my time in graduate school."

Elizabeth Fetzer has a heart for helping others. The senior (2010) at Grand Valley State University, studying biomedical sciences and biology, has her plate full with a full load of classes, work, and volunteering.

“I've always been interested in science and I think I have chosen the perfect major because it encompasses everything,” said Fetzer, a Belding native. “Grand Valley always felt right and I knew that I was going to succeed here.”

Fetzer remains busy both with her studies and with the Pre-Med Club, Honors College, and Phi Kappa Phi activities. Off-campus Fetzer volunteers her time as a youth soccer and basketball coach, tutor and camp counselor. Fetzer also works at the U.S. Attorney’s Office, a job that has helped her through undergrad.

With many experiences under her belt, including a summer trip to Beijing, Fetzer is ready to attend Michigan State University's College of Human Medicine. With four years of graduate school ahead, Fetzer applied for many scholarships to help make the financial load a little easier. She had already received the Dr. Tim Strickler Pre-Medical Scholarship, but Fetzer felt that it wouldn't hurt to apply for a few more.

Fetzer applied to the GVSU chapter of Phi Kappa Phi to receive a grant for $5,000 from the national chapter to further her schooling. Fetzer said that she would use the fellowship money to help pay for graduate school. She was one of 57 students to be chosen for the fellowship.

“Receiving the fellowship definitely boosted my confidence in my writing abilities,” said Fetzer. “This reaffirms that I am doing the right thing and it will keep me striving for success in the future.”

Sulek said, "I knew nothing about Phi Kappa Phi when I received the letter in the mail, but there was a brochure that explained the organization very well, and referred me to the national website."  When Sulek received the Study Abroad grant, she said, "Awesome, I get to do this!"  She said she did not realize the impact until she received the scholarship.  Sulek also received a scholarship from International Studies Abroad, which provides assistance to students considering studying in a foreign country.

Sulek spent six weeks in Salamanca, Spain in summer, 2004.  She stayed with a family and two other students.  She said she gained self-confidence in speaking Spanish.  In fact, she said toward the end of the trip, she was waiting in line to tour a famous Spanish author's home and she asked, "How many people are in each group?"  Her fair skin and red, curly hair made it obvious she was not Spanish, and people asked where she was from.  She said they were surprised when she said she was American saying, "You sound like a Spaniard."  Sulek said that was the best compliment.

In summer, 2004, Sulek spent five weeks in Guadalajara, Mexico.  She was the assistant to the professor who leads the Grand Valley program.

Here at home, Sulek double majors in English and Spanish.  She had four years of Spanish in high school and decided to major in Spanish because she wants to teach and "didn't want to be a hypocrite."  She did not want to expect her students to be fluent in the language if she was not.  She encourages other students to learn a language because, "It is good to keep in your toolbox because you never know what opportunities will open up for you."  Sulek recommends all students study abroad if they have the opportunity.

Even with a busy schedule of being a full time student, working in the writing lab and volunteering at Southwest Community Center, Sulek is planning on traveling with Alternative Spring Breaks as a site leader to Oklahoma and the Cherokee Nation. 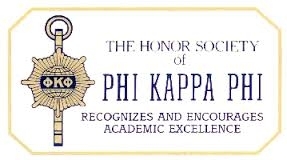 Page last modified October 18, 2021
Report a problem with this page