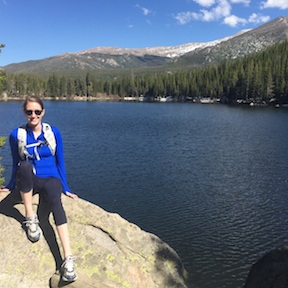 I graduated from Grand Valley State University in 2013 with a B.A. in international relations and minors in history and political science. GVSU and the Studies in Trans-Atlantic International Relations Program (STAIR) played a significant role in the person I am today. STAIR quenched my thirst for culture and diversity while simultaneously triggering an insatiable travel bug I suspect will last a lifetime. In April of 2011, I took part in creating a non-profit called Erica’s Global Outreach and as of August 2016, we have almost finished building our second school in Ghana.

Professionally, I began my career as a Customs compliance analyst at Buckland two years ago, which has allowed my knowledge of international trade to grow exponentially. In the future, I plan to start my master's degree in supply chain management and will continue to foster the ties supported by international trade. One aspect of this culminated this past July, when I officially became a dual U.S.-Italian citizen, which allows me to move and work freely within the European Union. My time at GVSU helped to open my eyes to the world around me and prepared me for a bright future ahead.


Page last modified August 12, 2016
Report a problem with this page