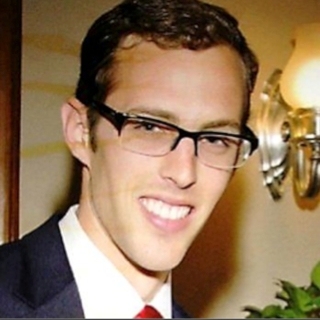 Brendan Sawyer graduated from GVSU in 2011 with a B.A. in International Relations and a minor in Middle East Studies.

In the summer of 2010, thanks to the GVSU International Relations Program Scholarship, Brendan studied abroad in Jordan, studying Arabic language and culture at the University of Jordan, in Amman. He writes, “Learning to communicate in a foreign language actually strengthens your grasp on English communication. And foreign language skills, particularly a less-common one such as Arabic, will invariably set your resume apart.”

After graduation from GVSU, Brendan moved to Washington, D.C, where he worked for Senator Carl Levin, and later Senator John McCain, as a research analyst for the U.S. Senate Armed Services Committee. In that role, he provided research and administrative support on military and Department of Defense civilian personnel policy, compensation, military healthcare, and wounded warrior issues.

Brendan is currently in his second year at Wayne State University Law School. He is interning for Judge Nancy Edmunds of the U.S. District Court for the Eastern District of Michigan.