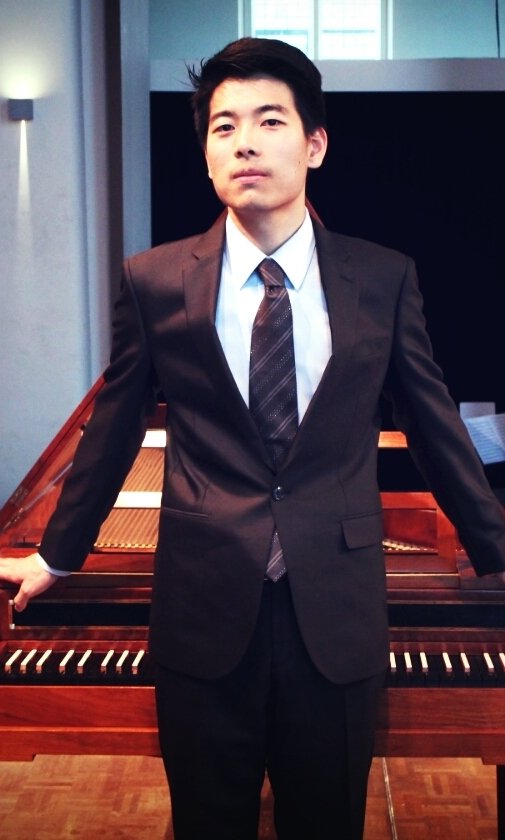 Shin Hwang, a prize-winner of the 1st International Westfield Fortepiano Competition, is a versatile keyboardist who has won recognition in both modern and historical performance. After completing his Masters degree at the University of Michigan with Penelope Crawford and Arthur Greene, he received the prestigious Fulbright Grant to study in the Netherlands at the Royal Conservatory of the Hague with Jacques Ogg. In 2011, he was invited to perform at the United States Library of Congress for the American Musicological Society Lecture Series: "What the Autograph Can Tell Us: Beethoven's Sonata in E major, Opus 109". Other significant performance engagements include solo and chamber performances in the Kleine Zaal of the Concertgebouw, Vredenburg Leeuwenbergh in Utrecht, Het Bethanienklooster in Amsterdam and the UNESCO World Heritage Site in Schokland. As a recipient of the DAAD Grant, he completed additional studies with Robert Hill at the Hochschule für Musik Freiburg and is currently completing a Doctorate in Musical Arts in Performance Practice at Cornell University under the guidance of Malcolm Bilson.

Masterclass participants and their repertoire will be announced in early April, 2016.


Page last modified December 14, 2016
Report a problem with this page