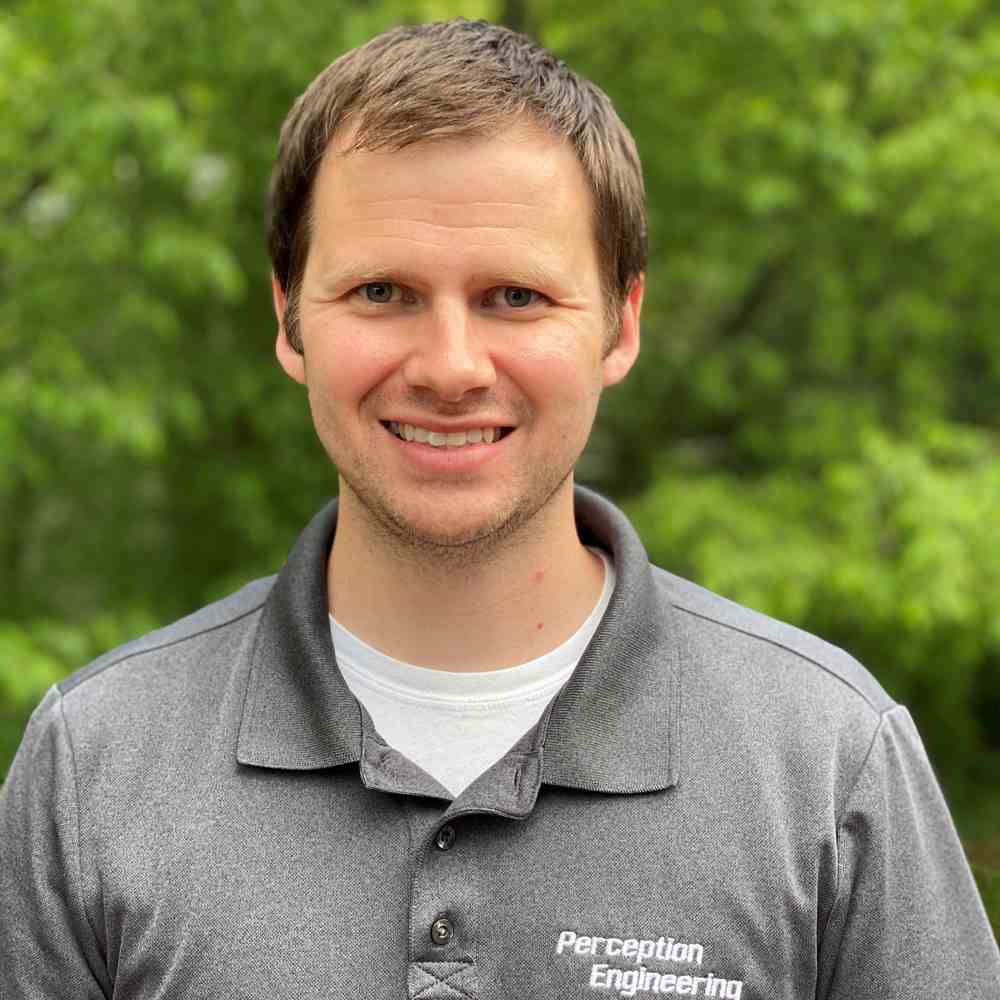 School of Engineering alum, Stephen Wierenga, was recently recognized by the Allendale Rotary Club, receiving the Homegrown Hero Award for his contributions to the community. He serves as a member of the Allendale Chamber of Commerce board, was involved in the crucial efforts undertaken by 3DC19 to create personal protective equipment in response to COVID-19, and is the founder of Perception Engineering, an Allendale-based engineering firm focused on providing design assistance and high quality engineering solutions.

Stephen completed his degree in mechanical engineering at Grand Valley State University in 2012 and met his wife during his time as a student at GVSU. They liked living in Allendale so much that they decided to make it their permanent home. Upon graduation, Stephen worked for DeWys Manufacturing, where he had worked prior to his GVSU co-op placement at Oliver Healthcare Packaging. It was there that Stephen noticed a business need for reliable engineering contractors in order to help level-load the design work of company engineering departments. Stephen got into additive manufacturing and 3D printing in 2013 and decided to make contract work his career. DeWys Manufacturing was the first company he contracted with. As opportunities for business grew, Stephen reached out to friends in the Grand Rapids region and invited them to serve as subcontractors. The team worked out of Stephen’s basement. Stephen officially formed Perception Engineering in 2013 and hired his first employee in 2016. Now, their team of eight employees works out of the Allendale industrial complex. During this process, Stephen discovered his passion for building a business, developing people, and leading projects.

“Stay in touch with your friends from GVSU and your colleagues,” recommended Stephen. “You never know who you can collaborate with or do business with in the future. Be intentional about keeping in touch.”

This advice rang true for Stephen when it came to his involvement with 3DC19. Stephen and a colleague from GVSU, Chris Kaminsky, who had previously worked as a subcontractor for Perception Engineering and now leads the fab lab at MCC, were having a conversation about how they could respond to COVID when they decided to begin making PPE. Stephen and Chris prototyped and began printing face shields, preparing 50 shields to be sent to Bronson Hospital in less than a day’s time. Chris created a Facebook group about their efforts online and invited others to get involved. The initial production efforts occurred in their homes with recipients coming to pick up packages of PPE from their front porches and meeting in grocery store parking lots. They quickly combined efforts with others doing similar work creating PPE in West Michigan and 3DC19 was formed. Stephen was amazed at how rapidly and effectively everything came together. “We couldn’t 3D print fast enough,” he said. “After an injection molding tool was donated, it took us two weeks to go from an idea to production.” He was also blown away by the community in West Michigan. “The business community was so ready to step up; put aside competitive differences; volunteer equipment, time, and teams; and work together to solve the problem,” Stephen said. “It was really eye-opening.”

Stephen offered the following advice to current students. “Really double down on patience. Think through what small steps you can take each day. Move quickly toward your goals today but realize that everything takes time. It’s a long game, so enjoy the journey.” He noted that, in his experience, this advice is applicable to everything from getting through college coursework, to setting career goals, to starting a business. “Continue to put one foot in front of the other. Be one percent better every day,” Stephen said.

Regarding his time as an engineering student at GVSU, Stephen remembered that “it’s not an easy program to complete.” The most valuable skills he gained were problem-solving abilities and work ethic. “The co-op program in the GVSU School of Engineering is incredible and needs to continue,” said Stephen. “People who graduate with work experience are much more likely to be hired.”


Page last modified August 31, 2020
Report a problem with this page