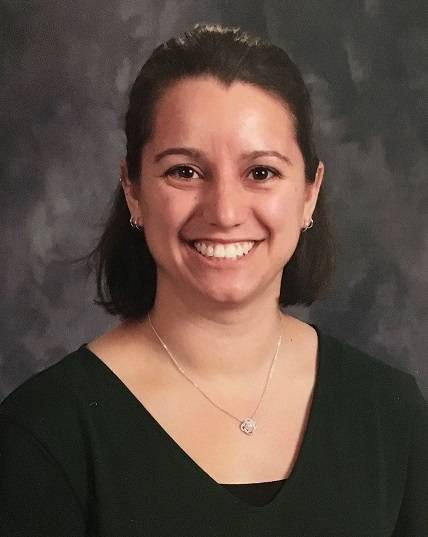 I graduated from Grand Valley in 2016 with a Bachelor's in Music Education and currently I am pursuing a Masters in Urban Education from Davenport University. I teach elementary music and middle school band for Grand Rapids Public Schools where I also sing with the group Staff Notes GR. 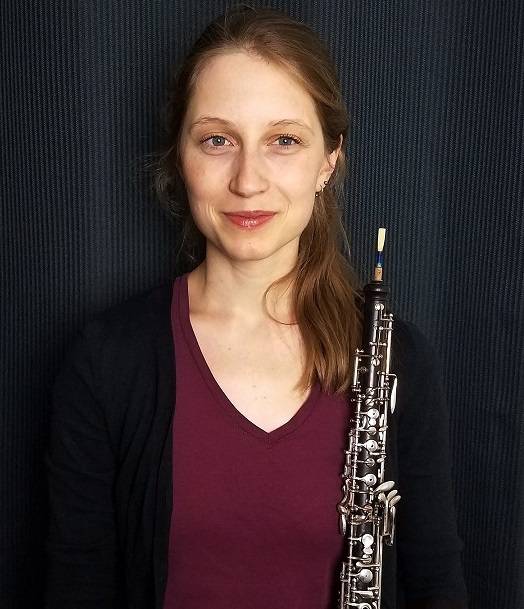 Julia is currently a doctoral candidate in oboe performance and a graduate fellow at the University of Illinois at Urbana-Champaign. She received her MM in oboe performance and MA in music theory from McGill University (Montreal). While she was at GVSU, she was a member of the composition studio and the New Music Ensemble, winning first prize in the annual Art Gallery Competition in 2015. Julia has performed across the Midwest and Quebec, most recently with the Champaign-Urbana Symphony Orchestra, Sinfonia da Camera, the Kankakee Valley Symphony Orchestra, and the Illinois Modern Ensemble. Her doctoral research focuses on seamlessly incorporating musicianship skills into applied instrumental study, and she especially interested in developing methods to enhance listening skills. Her teachers include John Dee, Ted Baskin, Marlen Vavrikova, and Dan Stolper. 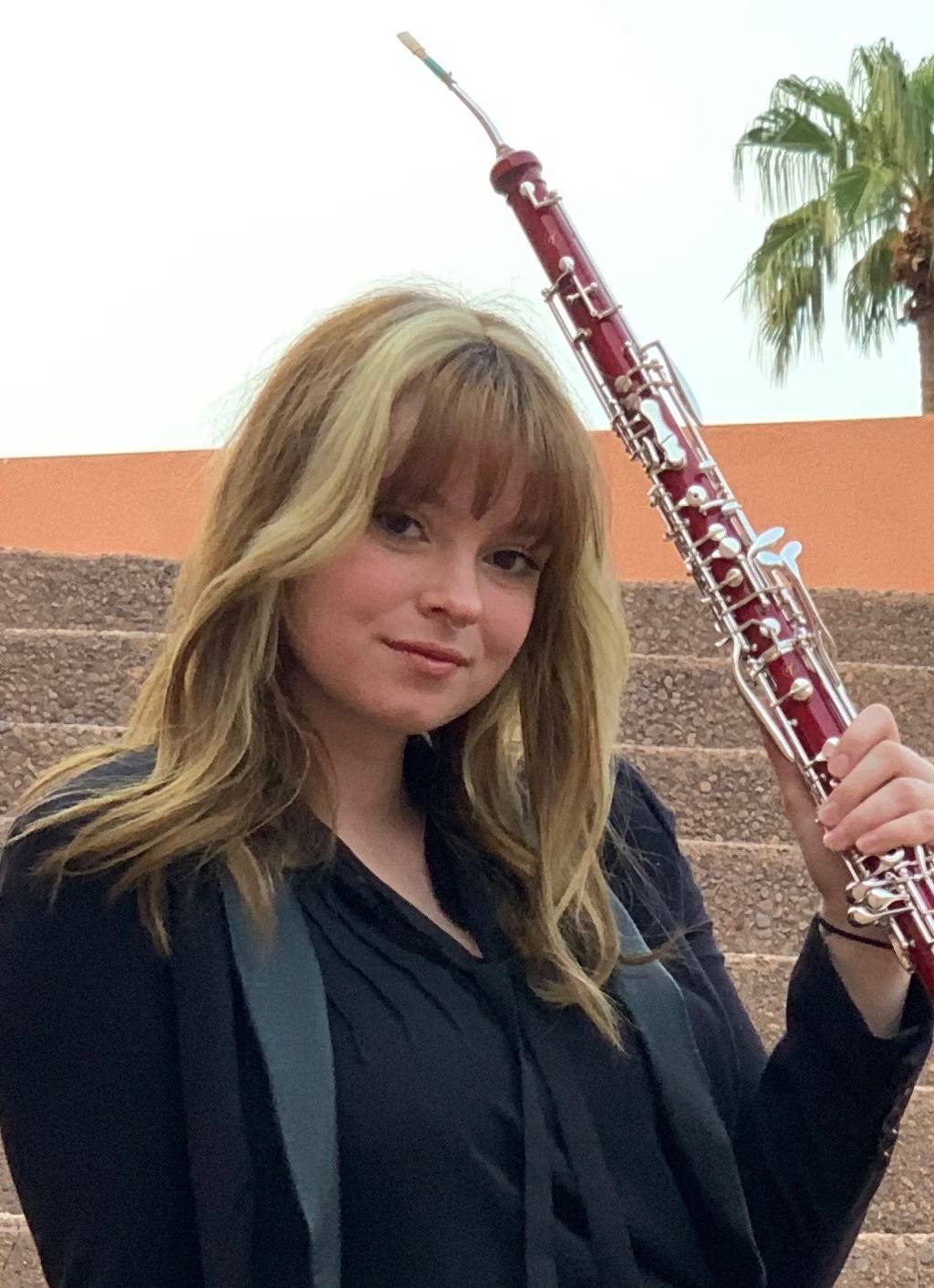 Lauren Glomb is an avid performer from Michigan who is currently living in the Phoenix Metropolitan area. Having performed with musicians of the highest caliber from all areas of the country, Glomb has a versatile experience within many genres of music-making. Glomb has performed throughout the United States, frequently in Michigan and Arizona, as well as in the Czech Republic for the 2019 International Ostrava Oboe Festival. Having competed in competitions such as the Arizona State University concerto competition, being named Honorable Mention in the Grand Valley State University Concerto Competition, the Michigan Music Teachers National Association Solo Competition, and more, Glomb strives to perform diverse programs of music. Glomb actively participates in multiple ensembles including the Arizona State University Symphony Orchestra, Wind Ensemble, Opera Pit Orchestra, Chamber Winds, and her double reed duo, the “Human Reedsources”, featuring Olivia Fletcher. Throughout her time at Arizona State, Glomb has shifted her focus to the English horn, striving to commission and perform new works for the instrument. Diverse programming is crucial to Glomb, as she performs the English horn in various chamber and duo settings, as well as performing transcriptions of other instrument’s works in order to add to the repertoire. Glomb currently studies with Martin Schuring at Arizona State University in Tempe, AZ, receiving her Masters in Music Performance. Prior to her time at Arizona State, Glomb studied her Bachelors in Music Performance with Dr. Marlen Vavrikova at Grand Valley State University in Allendale, Michigan. Glomb has hopes of becoming a professional English hornist in an orchestral setting, as well as a soloist in the future. 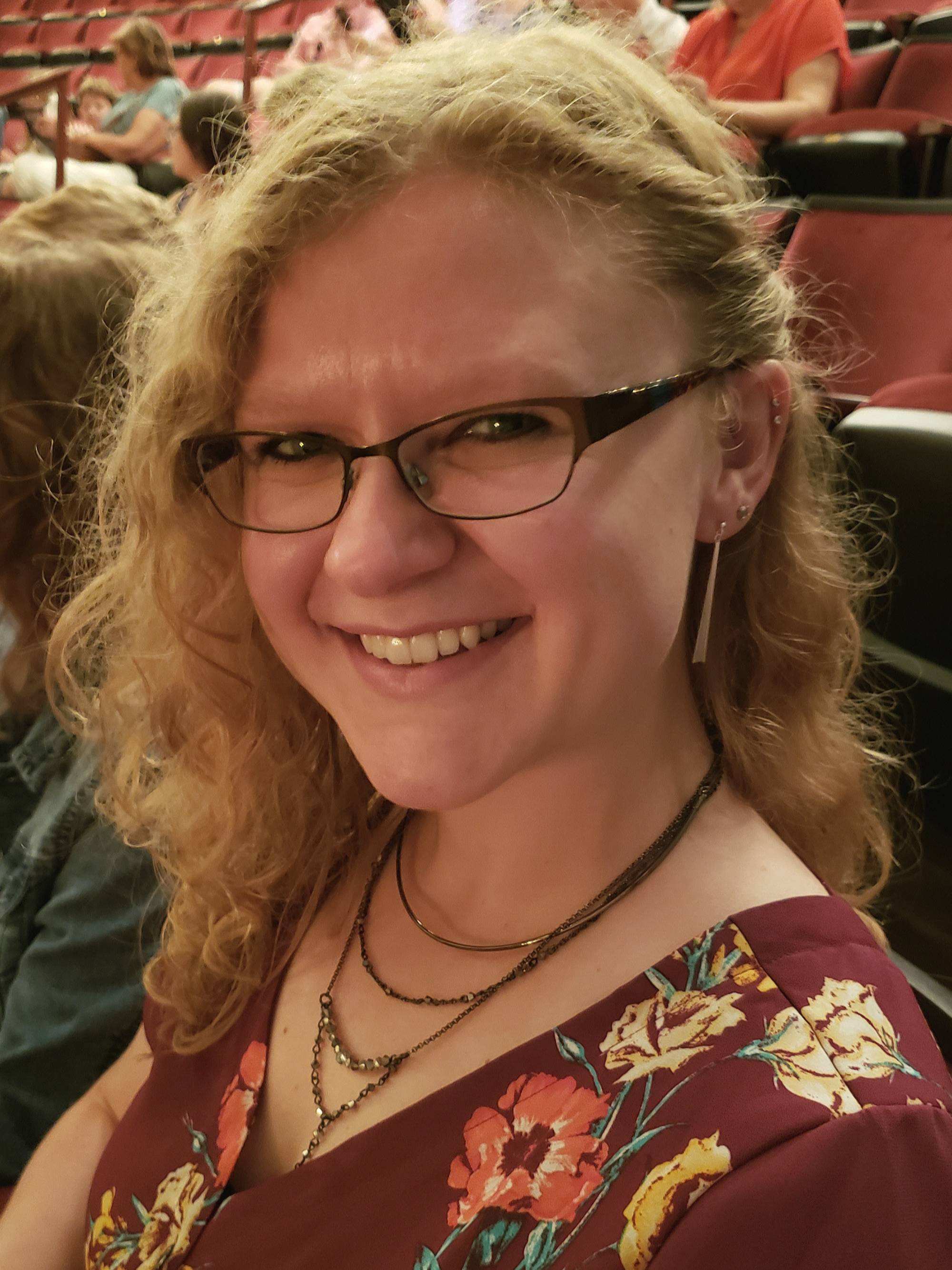 "Upon graduating from Grand Valley State University in 2019 I earned a BS with a Biomedical Science Major and Music minor on the Oboe. Being a part of the Oboe studio under Professor Vavrikova was definitely a highlight of my college career. Her enthusiasm and passion for the Oboe were as contagious as the gorgeous sound of the Oboe itself. Professor Vavrikova was very considerate to the time I had to dedicate to my major while still pushing me to be the very best I could possibly be. I experienced tremendous personal and musical growth under the guidance of Professor Vavrikova. After graduation I had the exciting opportunity to continue on at Grand Valley as a Laboratory Professor, teaching Organic, Inorganic, and Biological Chemistry labs. Along with teaching I also work at Spectrum Health as a Microbiology Laboratory Assistant conducting, troubleshooting, interpreting, and resulting a variety of tests as well as plating and setting up cultures. As of right now, my future plans include Medical school with an end prospect of becoming a Forensic Pathologist." 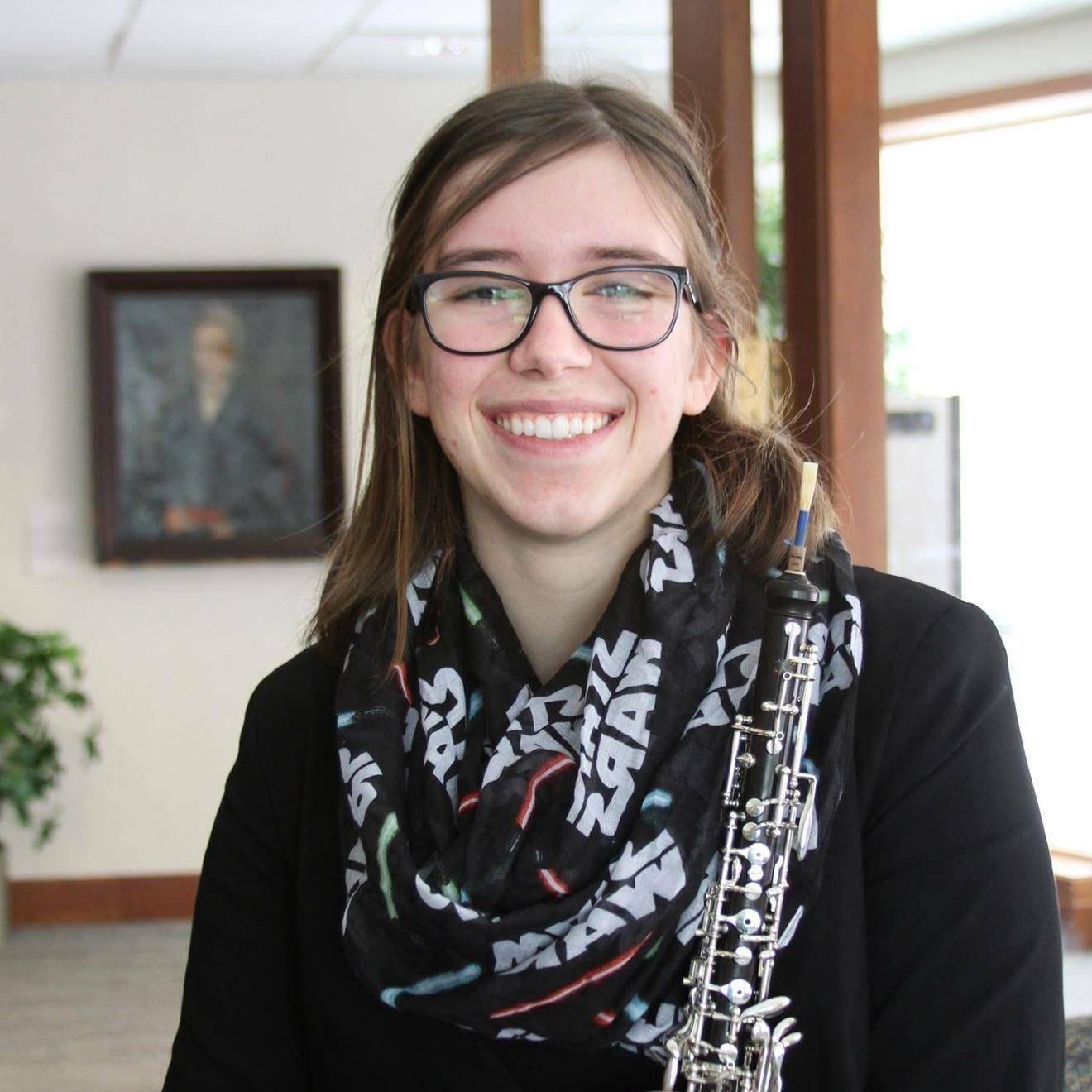 Enjoyed playing in "both Orchestra and Wind Symphony, the Whirlwinds Quintet, pit orchestra for Oklahoma and Wonderful Town. Thank you to all my teachers, and to my friends. I've had a wonderful past four years, and have learned so much.” 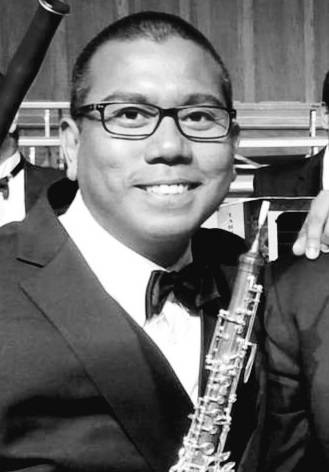 A proud alum of the GVSU Oboe Studio (BM '10), Dr. Mezraq Ramli, has a diverse career as a chamber and orchestral oboist, recitalist, teacher and arts administrator. He plays principal oboe with the South Asian Symphony Orchestra (India), second oboe and English horn with the Baroque on Beaver Music Festival (MI), and has performed with several regional orchestras in the US. Dr. Ramli is oboe instructor at Northwestern Michigan College and has served on faculty at Lubbock Christian University and Saginaw Valley State University. In 2015, he founded the Leland Musical Arts Celebration, a summer chamber music and visual arts series, that brings artists from all over the US and abroad, to Leland. Dr. Ramli's principal oboe teachers include Amy Anderson, Andrea Ridilla and Dr. Marlen Vavriková. 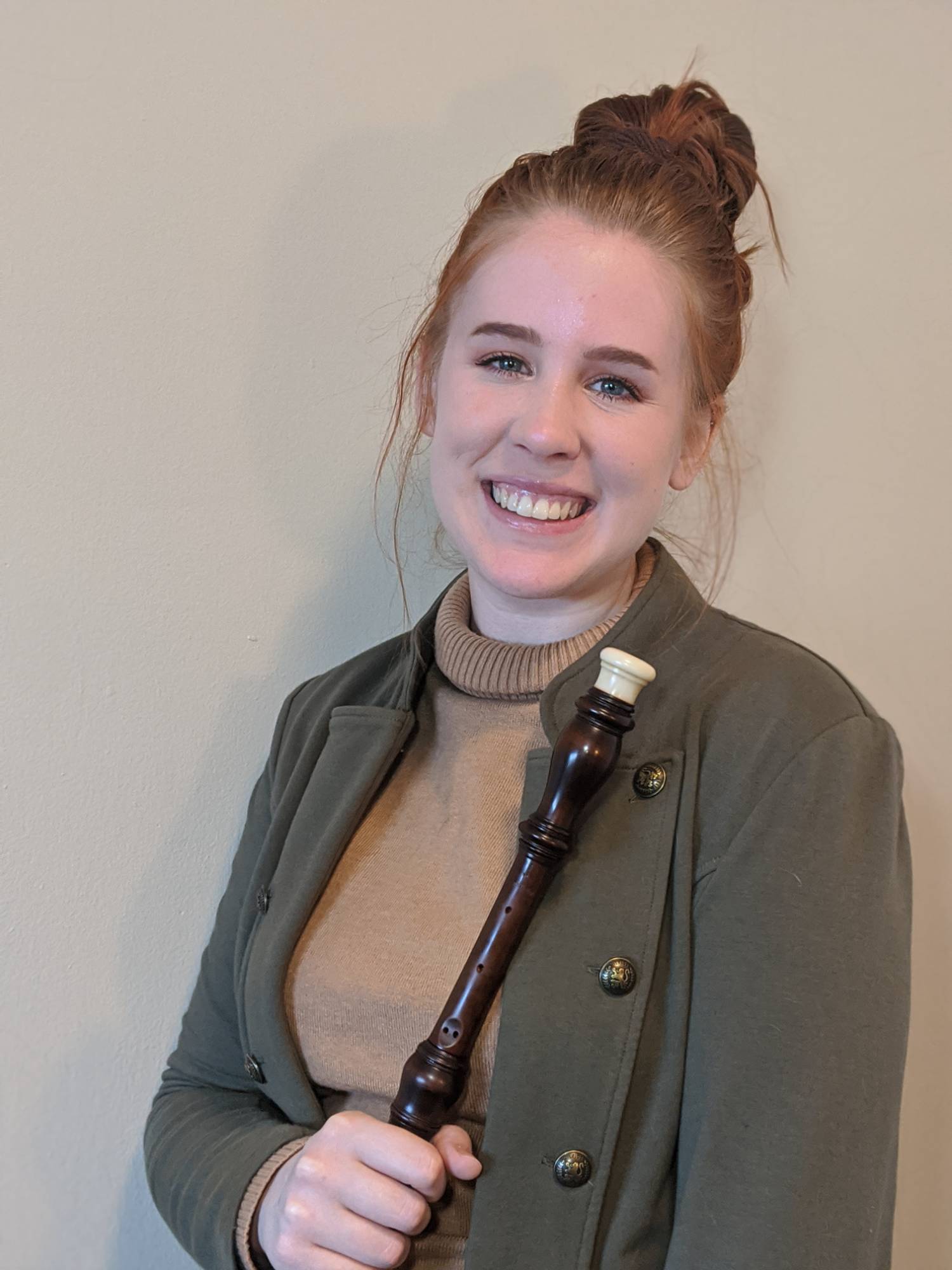 "When I began at Grand Valley in Fall of 2015, I started as a Psychology and Criminal Justice major. I liked where I was but I didn't want to make either of those avenues my career so I searched through other majors. A friend of mine helped me get in contact with a few professors in the music department. I emailed some people, auditioned, and I got in! I spent my sophomore year at GV learning and growing as a musician and student. I participated in the Concert band, Marching band (color guard), Symphonic band, Symphony Orchestra, and Early Music Ensemble. I remember late night rehearsals downtown for my first performance with the Early Music Ensemble. I credit my success in catching the opportunity to further my education even more in Canada to my professors, who have supported me throughout my studies at GVSU." 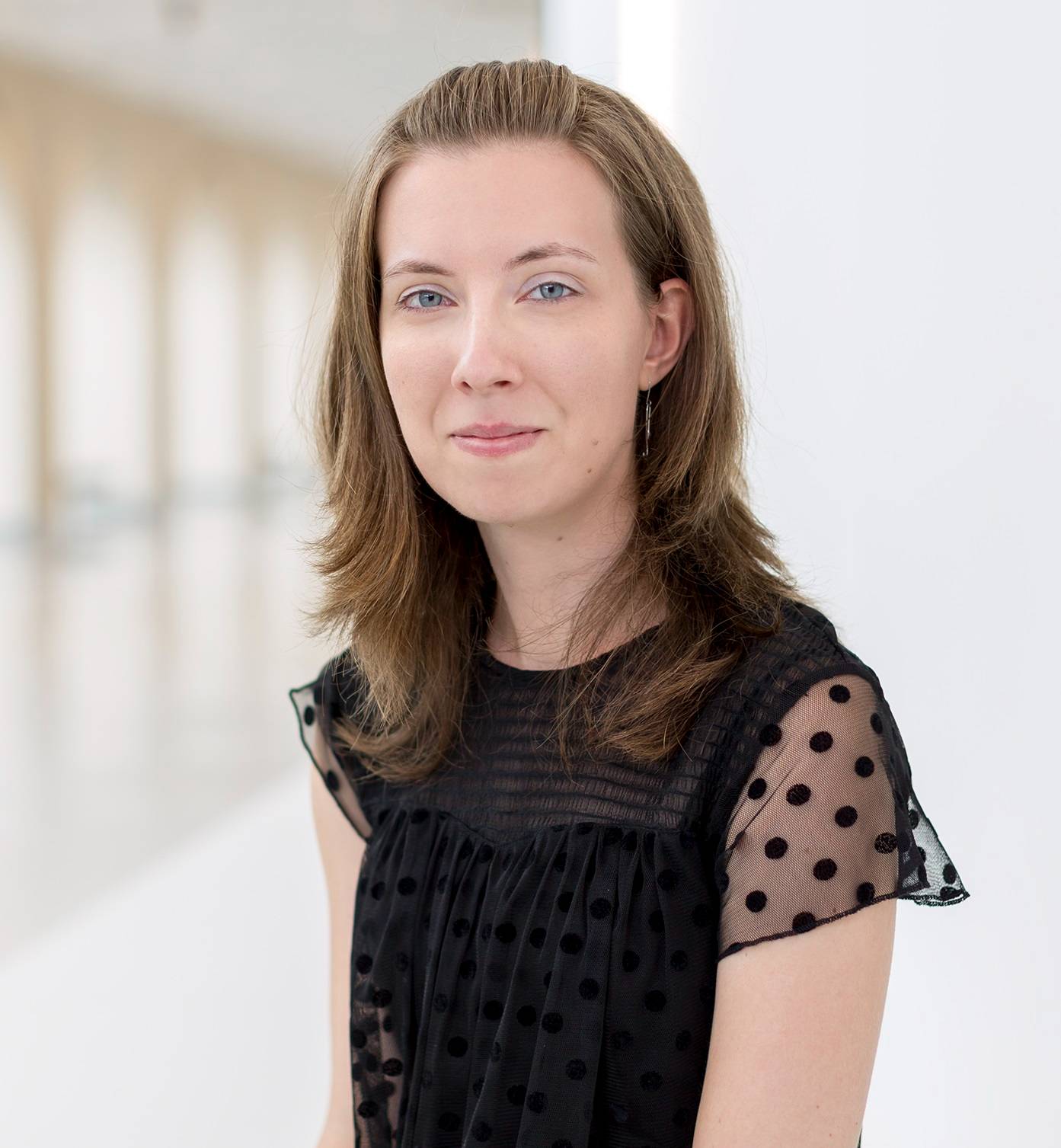 Jana Žílová is currently pursuing DMA in oboe performance at Louisiana State University with a minor in Arts Administration. Originally from the Czech Republic, she earned her M.M. from Bowling Green State University, where she also served as the Graduate Teaching Assistant for oboe, and her B.M. from Grand Valley State University. During her studies, she performed with various ensembles, including Whirlwinds Woodwind Quintet, New Music Ensemble, or Early Music Ensemble, where she played on Baroque Oboe. She was also part of a contemporary semi-professional ensemble called Noise-To-Signal, with which she has toured across the Midwest and performed works by several living composers, including the premieres of 7 new compositions in the 2016-2017 season. She attended several summer festivals, including the Ameropa International Music Festival & Courses in Prague, International Oboe Courses in Ostrava, and the International Summer Academy of the mdw in the Sommering region of Austria, where she studied with renowned oboe players such as Gordon Hunt, David Walter or Christian Wetzel. She also participated in several competitions including Concertino Praga, The Fifth Jósef Ciepłucha International Academic Oboe and Bassoon Competition in Łódž or Ameropa International Concertante Competition, where she won a second prize. Her primary teachers include Dr. Nermis Mieses (Professor at Bowling Green), Dr. Marlen Vavříková (Professor of oboe at GVSU), Daniel Stolper (Former professor of oboe at Interlochen), Ellen Sherman (Principal of Grand Rapids Symphony), and her current professor Johanna Cox Pennington.


Page last modified November 23, 2020
Report a problem with this page