The history of golf is inextricably linked to St. Andrews, Scotland, the celebrated home of golf and the Old Course dating back to the early 1400s.  The town is the proud home of St. Andrews University founded in 1413 as Scotland's first university and third oldest in the United Kingdom.  As such, golf and the university share ancient roots and a common ground.  Students and faculty members of St. Andrews have played the game for centuries in recreational and competitive endeavors.

The linkage between golf and university life crossed the Atlantic from St. Andrews to New England where C.B. Macdonald and Seth Raynor collaborated on the Yale University Golf Club which opened in 1926.  Golf flourished in the Ivy League and in fact an 1899 New York Times article said, "No one who has watched carefully the progress of golf in this country can fail to be impressed with the firm and popular hold the game has acquired among the college element."

Yale and Harvard dominated the NCAA championship, between them winning the first 19 titles.  But the game began spreading to the Midwest with Alister MacKenzie designing two courses at Ohio State and one at Michigan.  The Wolverine teams of 1934 and 1935 ended the Ivy League team domination and John Fischer of Michigan won the individual title in 1932 and Chuck Kocsis, en route to being named Michigan's Golfer of the Century, won in 1936.

With its heritage dating back to the home of golf itself, a university golf course continues to be a place of healthy and enjoyable recreation, competitive play, education in a lifetime game and a common meeting ground for students, alumni, faculty and the community.

Adorning the walls of The Meadows clubhouse are the names of 72 colleges and universities with golf courses.  In all, over 150 higher education institutions in the U.S. have golf courses or are directly affiliated with courses for recreational, practice and competitive purposes. 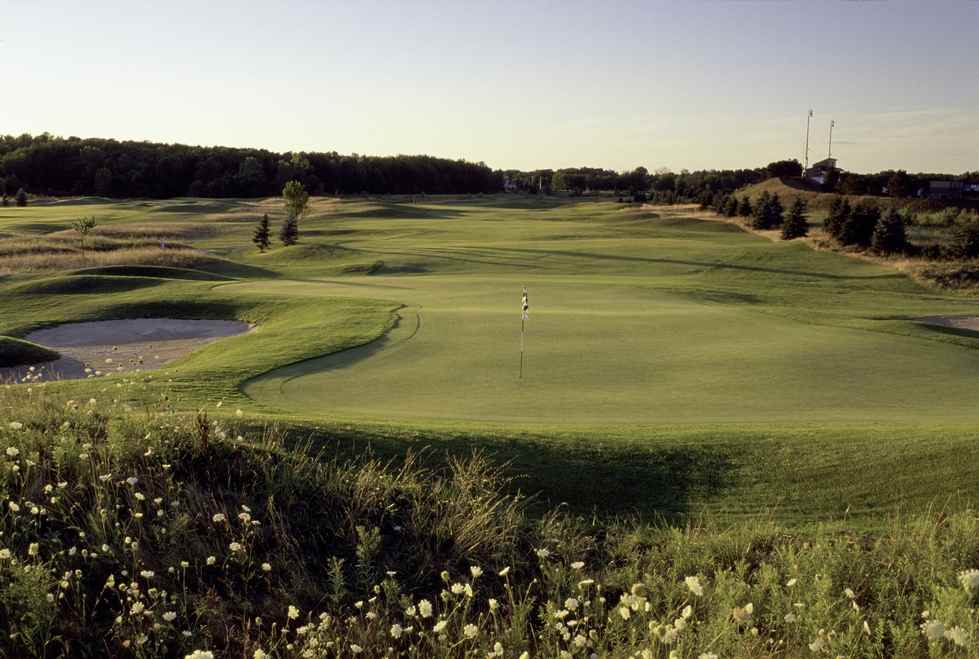 Page last modified August 7, 2021
Report a problem with this page