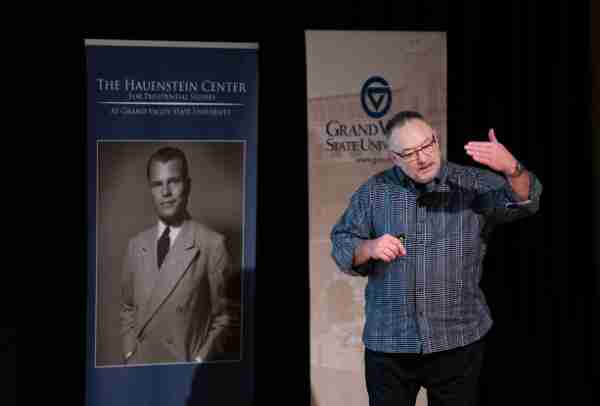 The annual Hidden Wounds of War Conference hosted by the Hauenstein Center for Presidential Studies united mental health professionals for a day of discussion into the foundations of PTSD and treatment options.

This year, Dr. William P. Nash delivered two keynote sessions for the May 12 conference, addressing combat and occupational stress injuries and their prevention and therapy.

The lingering aftereffects of PTSD and psychological trauma are usually associated with military or law enforcement members who deal with highly stressful situations that can lead to mental exhaustion.

But the COVID-19 pandemic trapped other professionals in a whirlwind of constant stress, leading to the hallmark symptoms of PTSD, said Dr. Michael Ryan.

“First responders, nurses, doctors and other medical professionals are experiencing trauma,” said Ryan. “It’s a little different, but the frustration, the chaos and the helplessness, those are all stresses. And, those folks have been seeing a lot of this.”

Nash, a clinical psychiatrist at the VA Greater Los Angeles Healthcare System, delved into the roots of PTSD during his first keynote address.

“Trauma is first and last, biological,” said Nash. “This is why it’s universal. It doesn’t only occur in certain cultures. Everyone is susceptible to this.”

Nash also served as director of psychological health for the U.S. Marine Corps and was embedded with the 5th Marine Regimental Combat Team in Iraq during the Second Battle of Fallujah in 2004.

He recalled a personal story from his service in Iraq which illustrated how constant stress can lead to PTSD. He said at the beginning of his seven-month deployment he reacted intensely to every explosion, but near the end of his tour, one incident showed him how his neural system had become fatigued.

Nash was eating lunch when a rocket exploded outside the chow hall, showering the building’s metal walls with gravel and debris. Everyone around him dove for cover except Nash, who continued eating his lunch.

“There’s no way I could have sat there like that at the beginning of my deployment,” said Nash.

The conference was hosted by the Hauenstein Center in partnership with Grand Valley’s Peter F. Secchia Military and Veterans Resource Center, the West Michigan Veterans Coalition and the Kent County Veteran Services Office.

For more information on the conference, visit its webpage on the Hauenstein Center’s site. 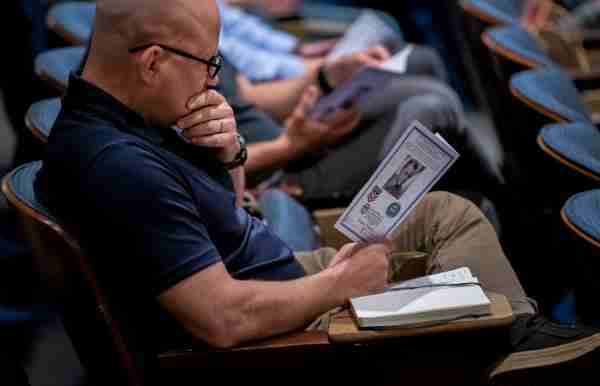 A conference attendee reads a pamphlet about the Hidden Wounds of War Conference presented by the Hauenstein Center.
Image Credit: Kendra Stanley-Mills 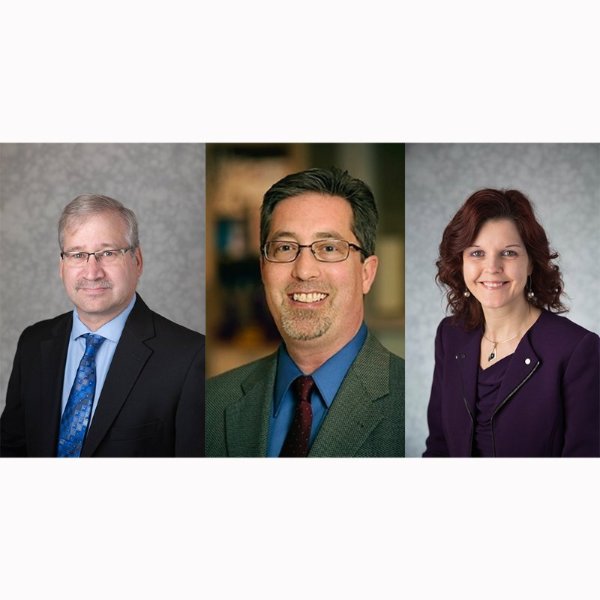 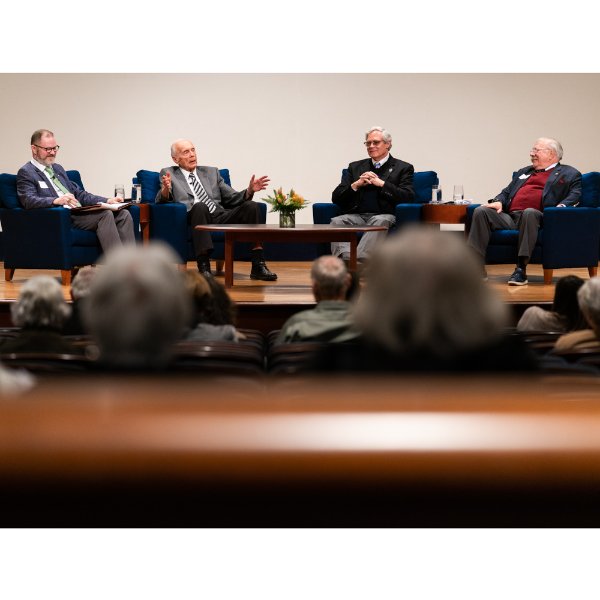 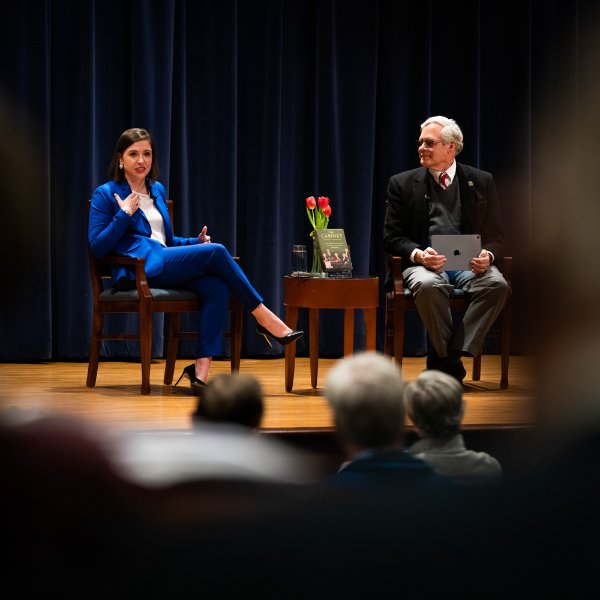 Hauenstein speaker: What we can learn from Presidents Day