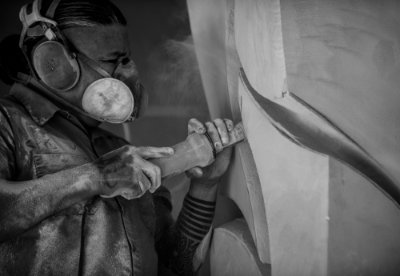 A new sculpture commissioned by Grand Valley for the Pew Grand Rapids Campus was created by a descendant of the original people of this area to show the connectedness of humanity.

It was installed on the Mount Vernon pedestrian pathway as the culmination of the original plan for a sculpture to be placed at the north end of the pathway next to Fulton Street, said Nathan Kemler, GVSU director of Galleries and Collections. 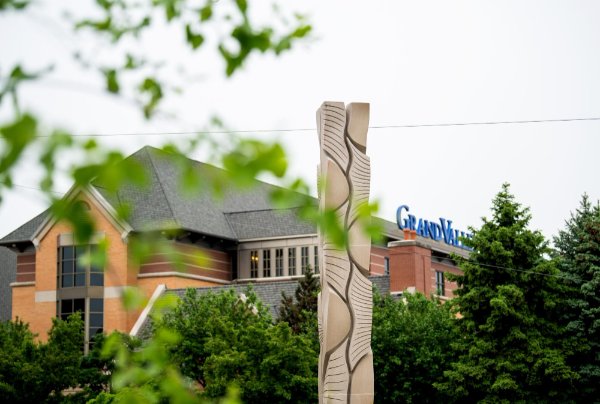 An arts advising group of both GVSU and community stakeholders selected the sculpture. Kemler said among the selection criteria the committee developed was that the piece contain themes of unity and shared humanity and representation of its location in a community space first inhabited by early Indigenous groups.

"I hope the community not only sees the beauty in this piece but also the harmony, the balance and the idea that we as humans are all part of the same thing, despite geographical differences, cultural differences and even differences in time," Kemler said.

Watch the process of Jason Quigno's sculpture, from creation to installation, as he also talks about his craft

The piece took shape in Quigno's southwest Grand Rapids studio, where Quigno carves stone in a process he said he first came to love as a teen.

"To this day, I find it amazing that I can take a raw stone and make it into something," Quigno said. "It keeps me coming back."

Quigno said the piece needed to be at a scale to have a presence in a downtown location surrounded by large buildings. That size also creates an engineering challenge, he said, as he also had to consider that it needed to be lifted and transported. He created the sculpture in sections, securing each section with heavy-duty epoxy and steel pins.

He said with this piece he used a favorite artistic element of lines that are flowing and simple and somewhat repetitive. He likes to make the stone seem as if it has movement.

See more: The visual story from following Jason Quigno for months as he created his sculpture, then oversaw its installation 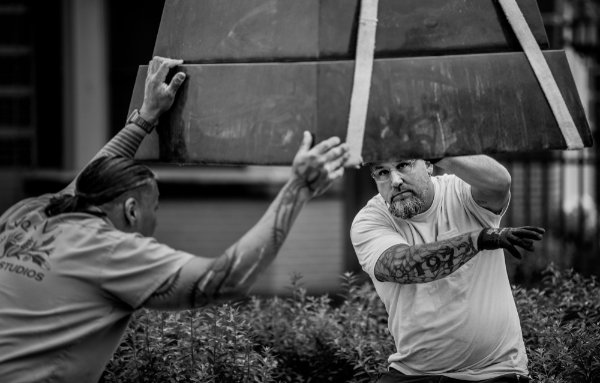 Jason Quigno, left, and Aaron Cooper, right, with Pioneer Construction, lower the base into place for the installation of Quigno's limestone sculpture. 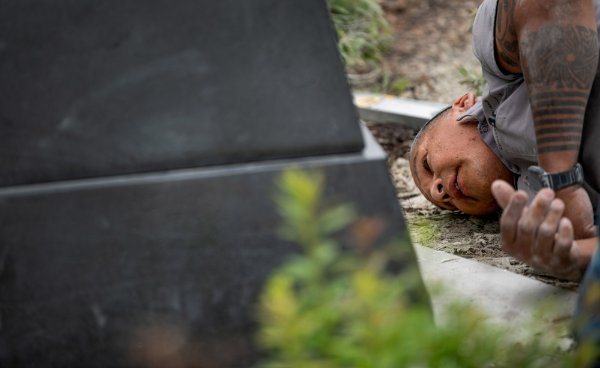 Jason Quigno lies on the ground to make sure the base for his sculpture is properly in place. 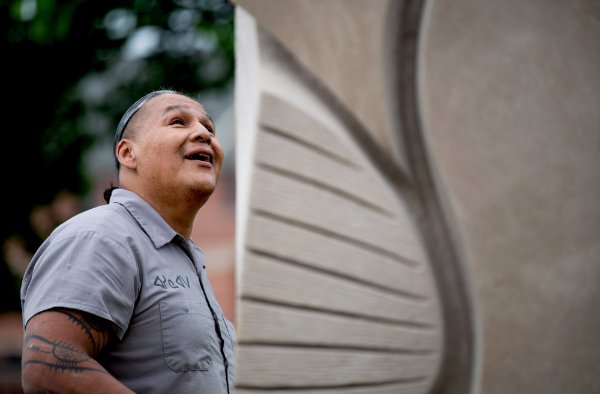 Jason Quigno looks up at his "Akii Ndodem" (Earth Totem) sculpture after the installation was complete.

As for those who view the sculpture? "I hope they feel a sense of peace, because that's what I’m always pushing for in my life. It can be pretty hectic, and a lot of times I'm looking for that peace and contentment."

He said it is also important for this artwork to be displayed in the Grand Rapids area and credited Grand Valley for commissioning the sculpture.

"This piece is Anishinaabek inspired. It'll be here a long time, long after we're gone," Quigno said. "I'm glad that our stories will be here in stone." 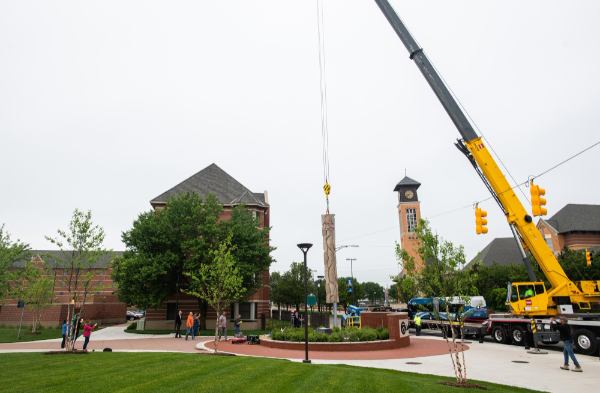 A crane transports Jason Quigno's sculpture to its destination on the Pew Grand Rapids Campus. 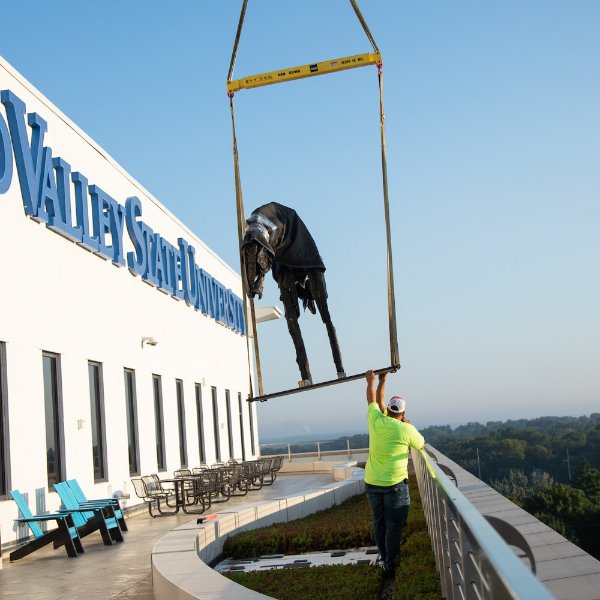 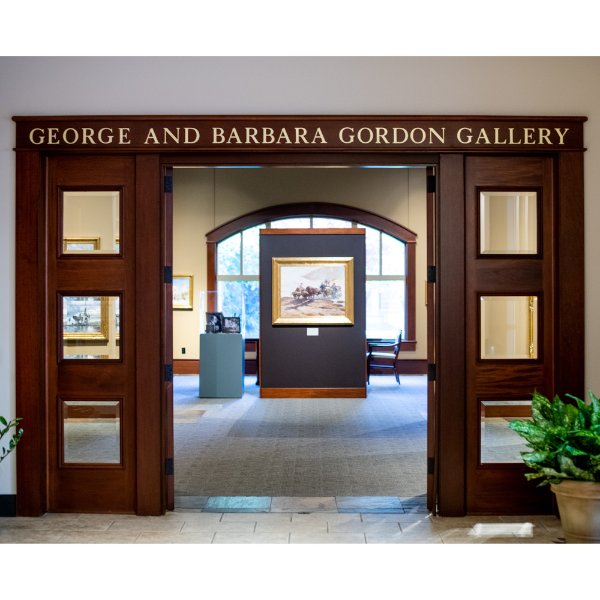 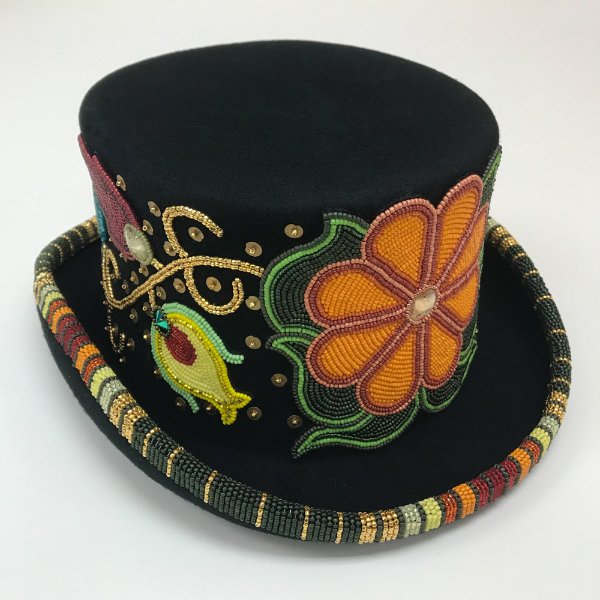