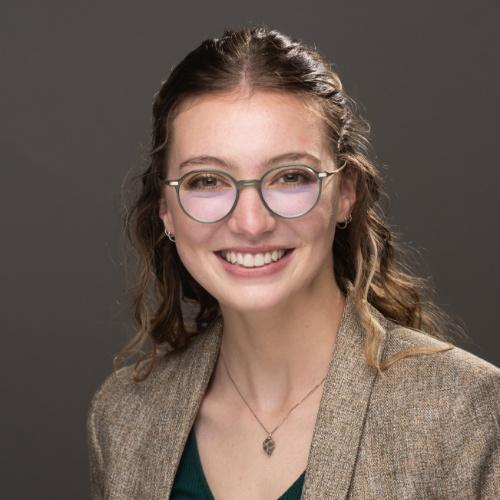 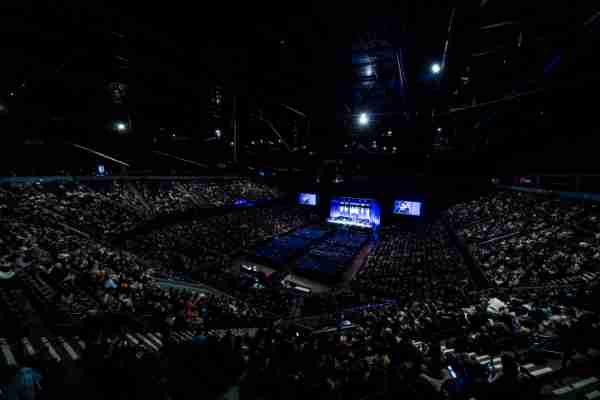 GVSU’s class of 2022 was celebrated in three ceremonies over the course of two days at Van Andel Arena in Grand Rapids.

Following the processional, the ceremonies were opened by Felix Ngassa, professor of chemistry and chair of the University Academic Senate. 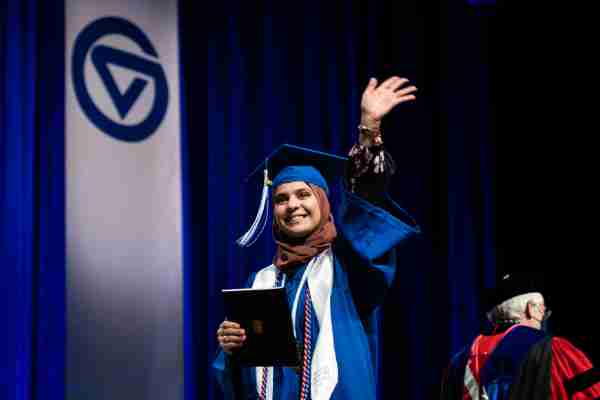 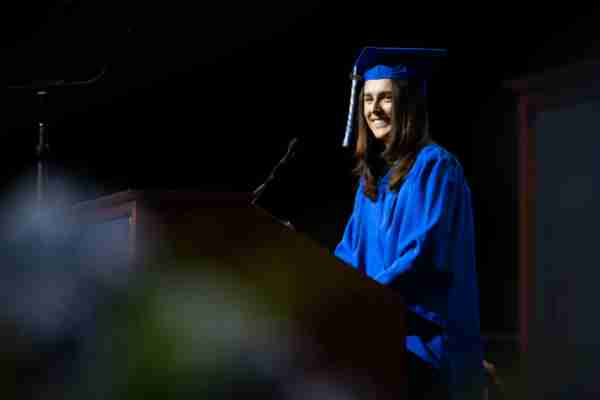 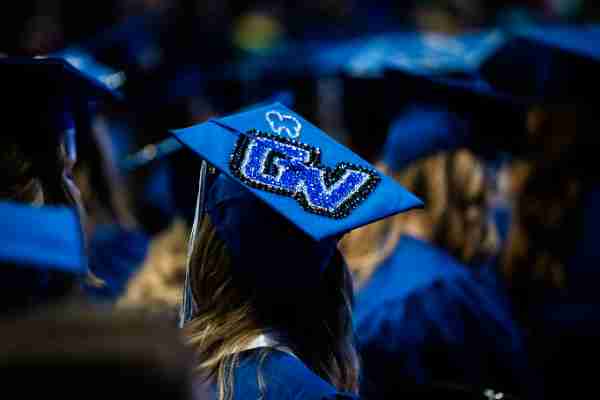 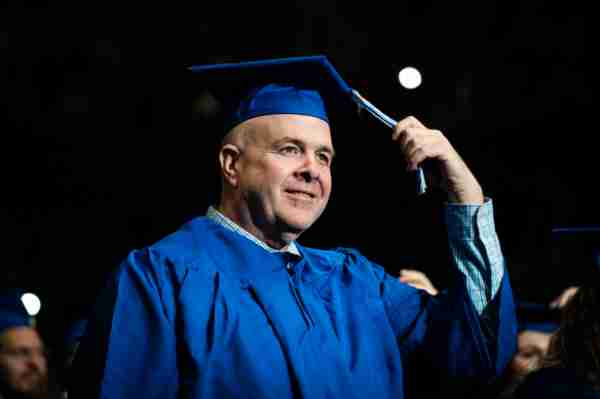 President Philomena V. Mantella welcomed graduates to this significant milestone, thanking graduates and their supporters alike. “Commencement ceremonies are about coming together in gratitude to celebrate hard work, achieving goals, the realization of dreams and the beginning of new ones,” said Mantella. “This year we celebrate being together in person, and being able to look each other in the eye to express our appreciation for each other and the joy of the day.”

Mantella left graduates with a word of advice to take into an often polarized world: “The times in which we are living call us to be part of a greater world; a collective, a community, a civilization. They call us to be citizens, to work for good and care for those around us.”

Following remarks, Mantella welcomed a graduating student at each ceremony to speak.

At the Friday ceremony, Amela Aganovic, who earned a degree in computer science with a minor in German, spoke about her experience as a second-generation American and the power and possibilities that are available to graduates now that they have their degrees.

At the Saturday ceremonies, Gerard Cooke, who earned a masters in business administration, and Tamara Jones, who earned a degree in social work, both spoke of perseverance in times of adversity. Cooke, referred to the collective hardships everyone shared during the course of the COVID-19 pandemic. Jones talked about gratitude and said, to her, a degree is more than an accomplishment, it’s symbolic of one’s determination and character. 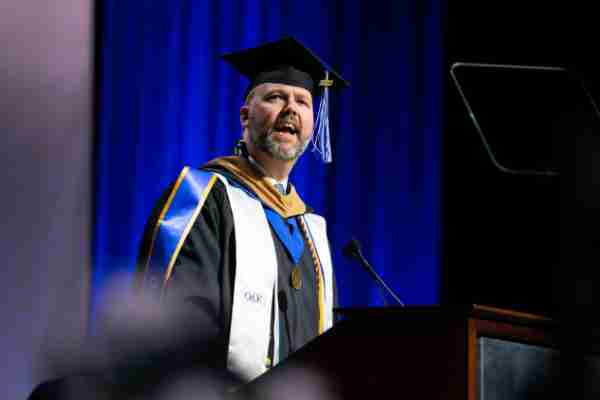 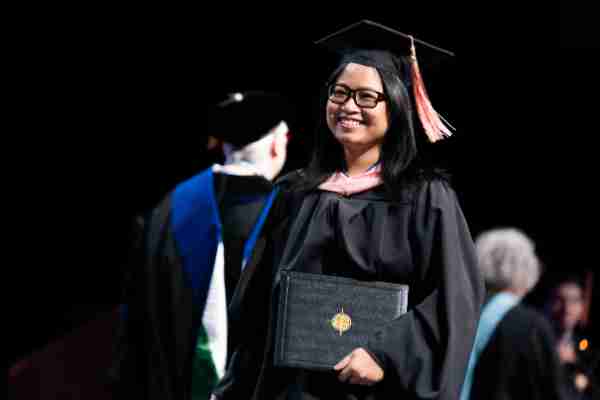 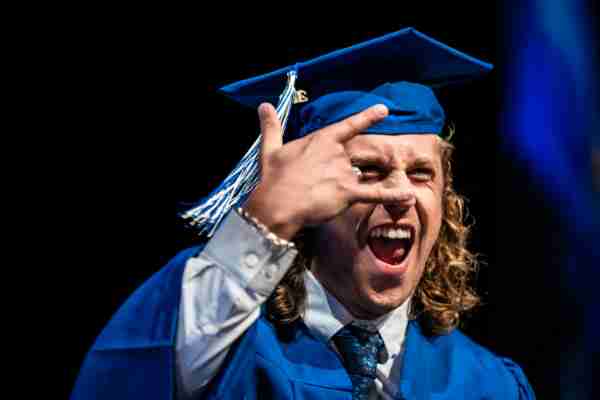 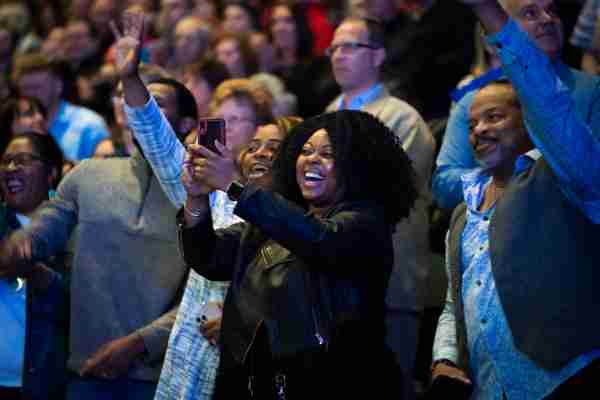 The Conferring of Degrees was led by Mantella and Chirs Plouff, interim provost and executive vice president for academic affairs.

Graduates moved their tassels and were dismissed as official members of the class of 2022.

A virtual yearbook has been created for the class of 2022. Graduates can visit the Winter 2022 Digital Yearbook webpage and answer prompts that will populate their page, which can then be shared on social media.

Graduates and their supporters have the opportunity to purchase Commencement mementos as well as DVDs of each Commencement ceremony. 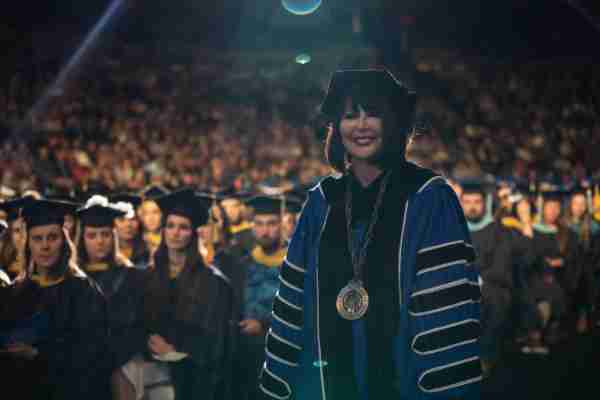 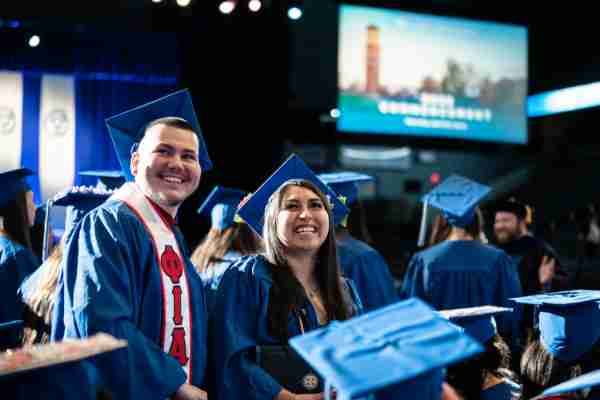 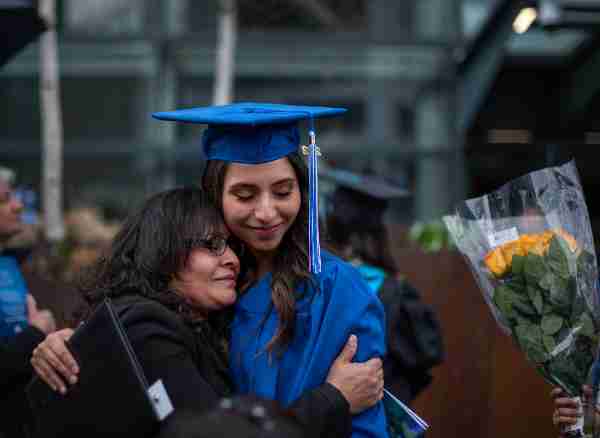 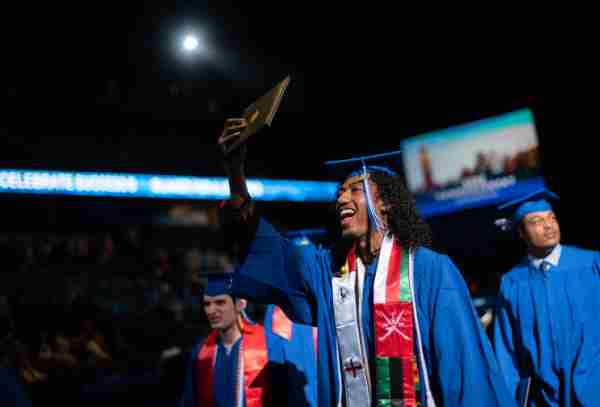 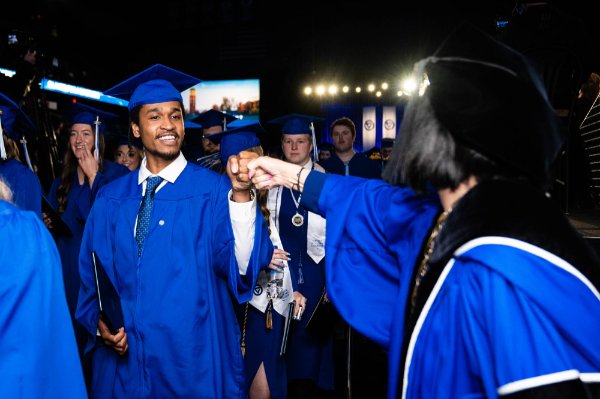 See a collection of images from the April 2022 Commencement and watch for more photos on the GVSU social media channels. 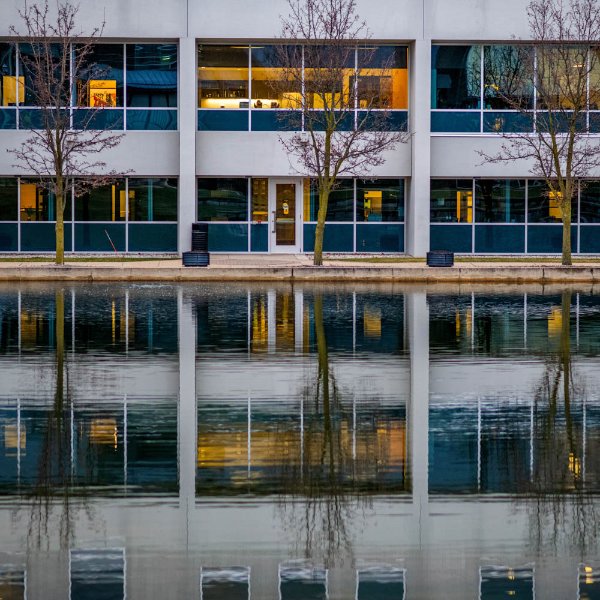 GVSU in photos, January 2023: A march of silence and reverence, colorful inflatable art and a rare January sunbeam 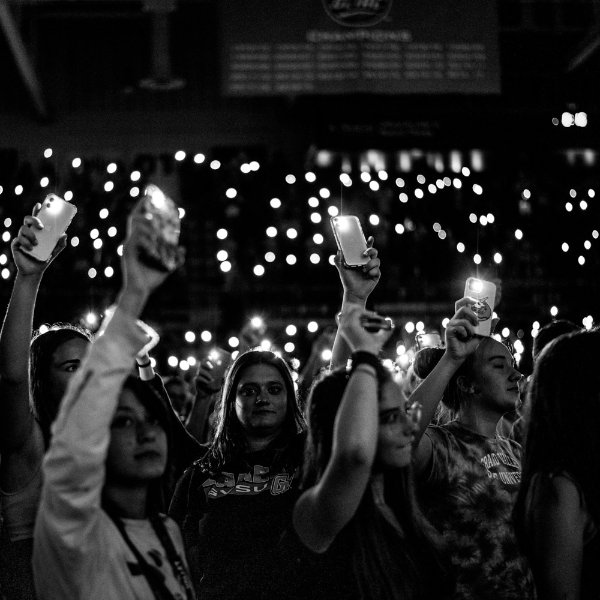 GVSU in 2022: The moments, stories and images that captured what it means to be Lakers 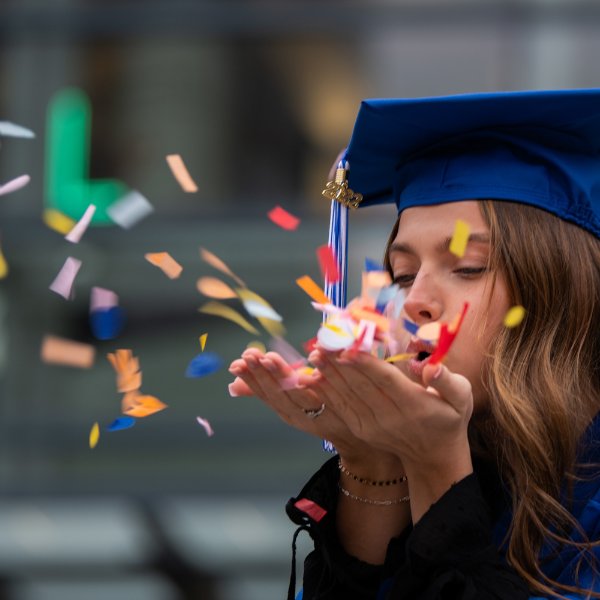