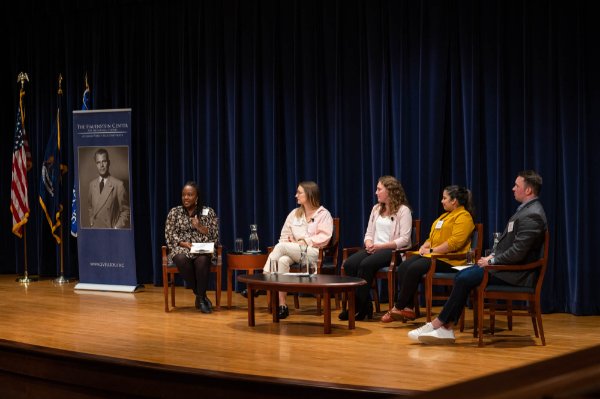 Five graduates of the Cook Leadership Academy returned to Grand Valley on September 30 to talk and share with the current CLA cohort at Loosemore Auditorium on the Pew Grand Rapids Campus.

The event was part of CLA’s Wheelhouse Talks series, which brings together community leaders and students to exchange ideas on leadership values and philosophies. Hoffman said her time as a student in the CLA represented a significant period of personal growth.

“I think I personally would have struggled to feel involved on campus without the CLA,” Hoffman said. “I was involved with some clubs passively, but I did the most learning outside of the classroom in the CLA.”

During their roundtable discussion, the quintet focused on advice for students in developing relationships with their mentors. Bhurtel and MacDonald said the greatest lesson they learned in working with their mentors was to remain open and engaged.

Bhurtel added: “Don’t be afraid to be vulnerable or afraid to say you need help. That was the greatest thing that helped me. Don’t be shy or hesitate to ask.”

For some, the roles have flipped from being a CLA student to being a mentor following graduation. Smith said he now serves as a CLA mentor and sees a common theme in his current role.

“It’s just to be a human,” he said “I very much have a gardener approach to leadership, and I view being a mentor in the same way. It’s important to know what that person needs to grow. My job as a mentor is to remove barriers so that they can grow." 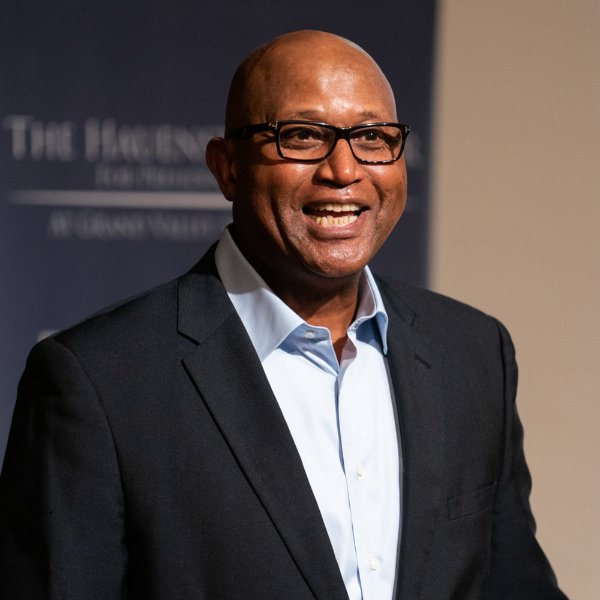 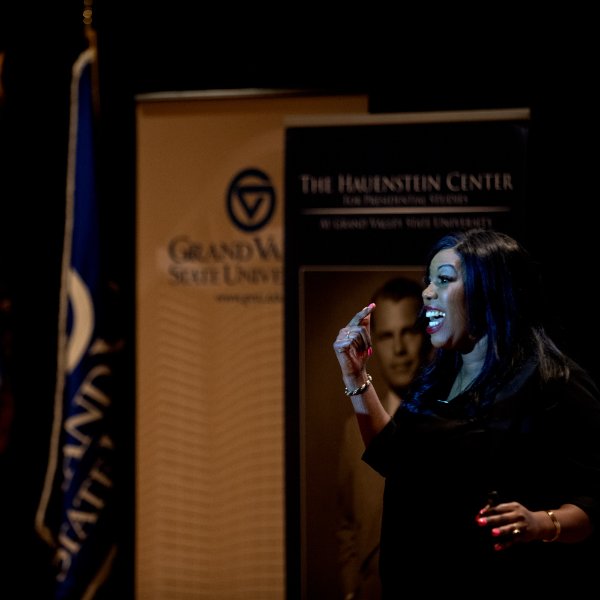 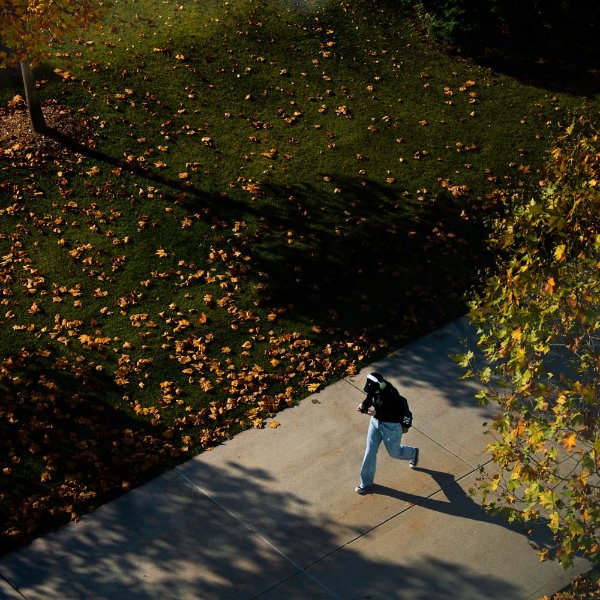