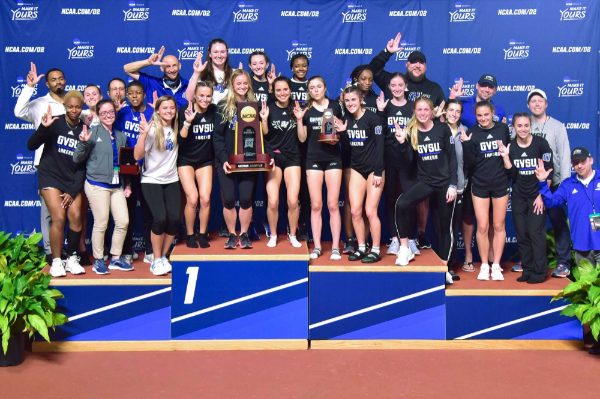 Even in a pandemic, Laker student athletes find a way to win national championships.

Sreenan, who is majoring in criminal justice, won the 400-meter race, placed third in the 200-meter race and anchored the 4x400 relay team, which finished fourth. Reynaldo Radlin, assistant track and field coach, coaches the team's sprinters and has worked with Sreenan since she was a sophomore.

"Nicole is a hard worker and very team-oriented," Radlin said. "She was ready to get out there and she came away with a great day on the track. It was exciting to watch." 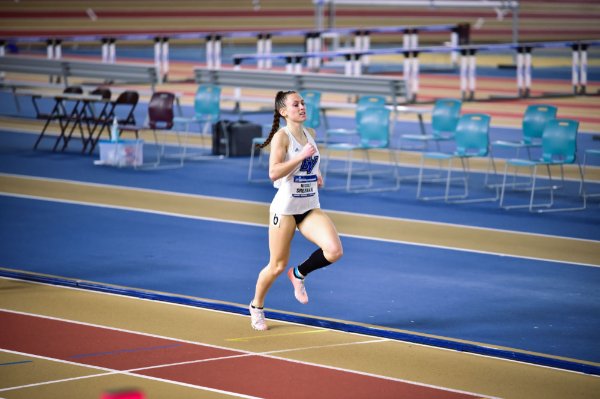 Nicole Sreenan runs in the 400-meter race. Her winning time was 54.21.
courtesy photo 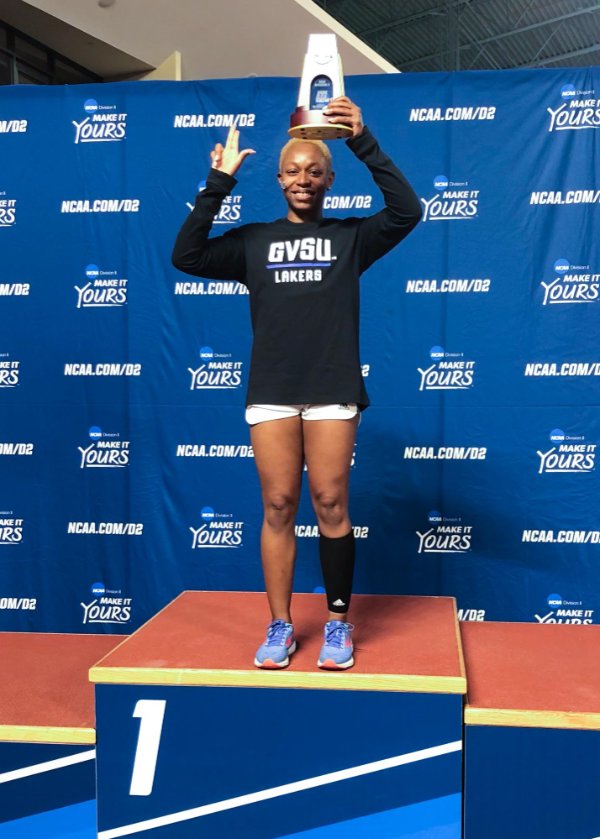 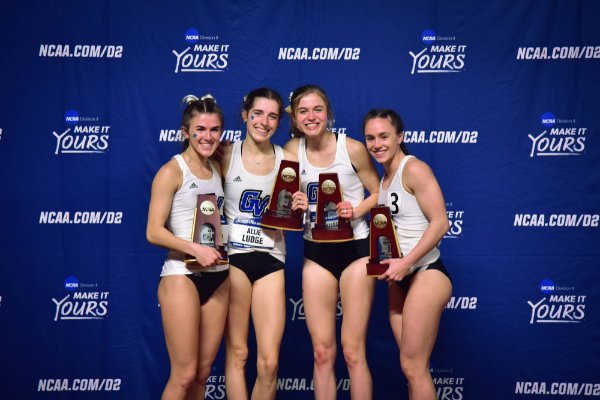 Baltes said the men's and women's teams were motivated to compete after some student athletes had missed three opportunities to be at nationals, as the pandemic caused the cancellation of last year's cross country, indoor and outdoor track and field championships.

"We have had incredible support from our university administration, athletic department, athletic training staff and others who have committed themselves to the common goal of putting our student athletes in the best position to be successful in the classroom and on the track," he said.

Read more about the championships online at gvsulakers.com. 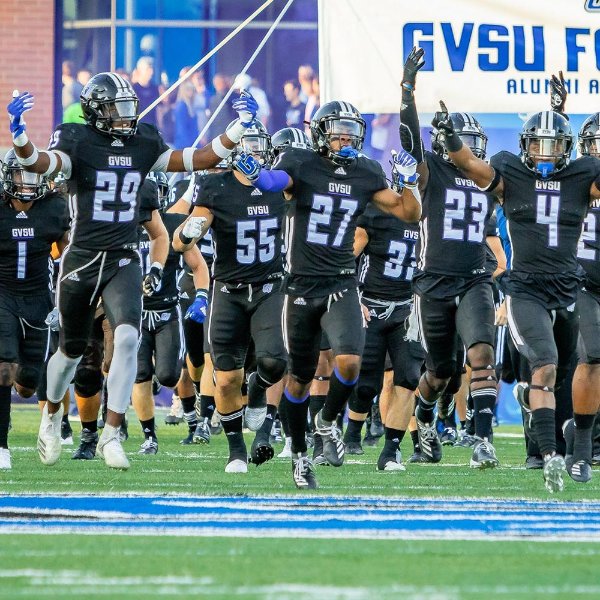 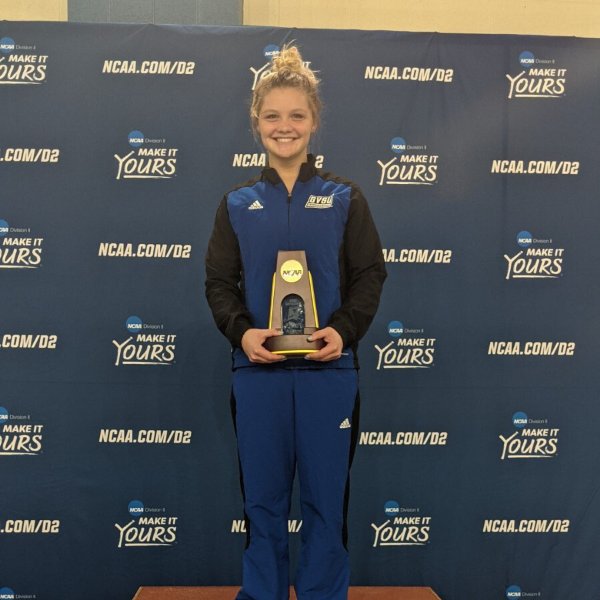 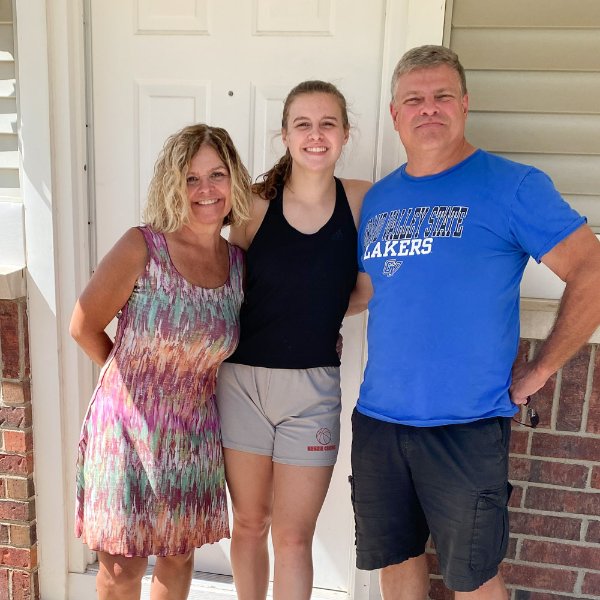