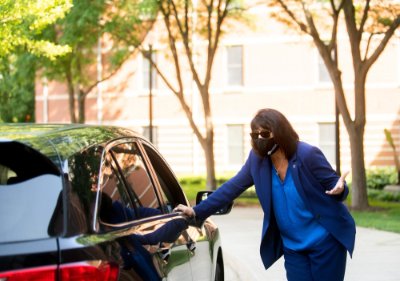 Students who moved into the new Living-Learning Communities on the Pew Grand Rapids Campus August 25 were exactly where they wanted to be: downtown.

"I was so excited that this was a housing option," said Ashley Ouderkirk, a first-year student from St. Johns. "I like Grand Rapids and I like the idea of city living."

Four LLCs opened in Winter Hall for first-year and transfer students, following the successful model of the six LLCs on the Allendale Campus. Three are for students who have chosen to major in social work, engineering or business. The fourth — Momentum House — is geared toward students who are undecided or have selected a different major. 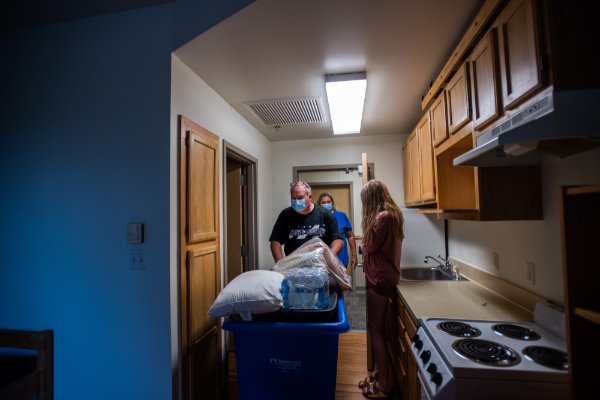 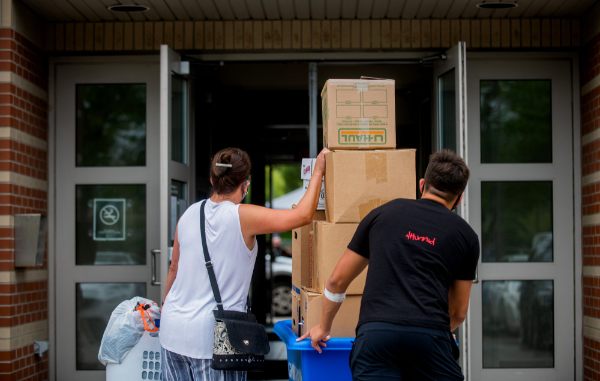 Ouderkirk, who plans to major in political science, chose the Momentum House LLC because of its social justice emphasis.

Teagan Russell and Rylan Bernhardt are roommates and both plan to major in engineering. Russell, from DeWitt, said living in Winter Hall gives him easy access to classes that might be in the engineering buildings across Fulton Street.

"I love coming to Grand Rapids and this housing made sense because it's so close to where my classes will be," Russell said.

Faculty members who serve as LLC directors were on hand to help students move in. Students will participate in orientation activities specific to the LLCs before joining other new students at Transitions. 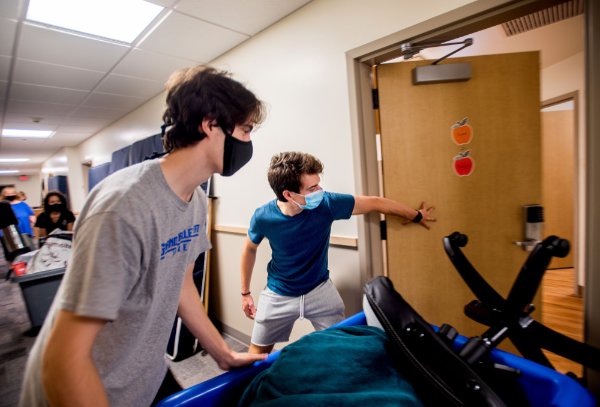 Teagan Russell, in front, and Rylan Bernhardt push belongings into their Winter Hall room; both are engineering majors and have joined the Engineering LLC.
Kendra Stanley-Mills 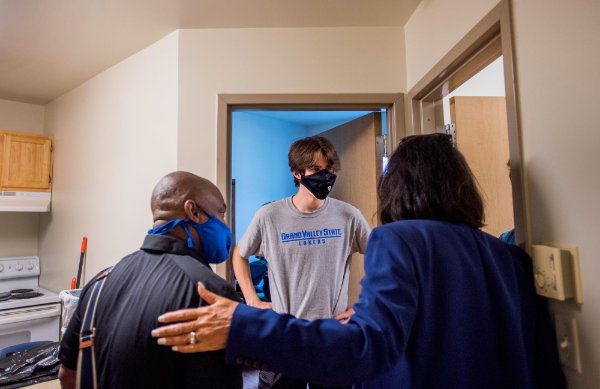 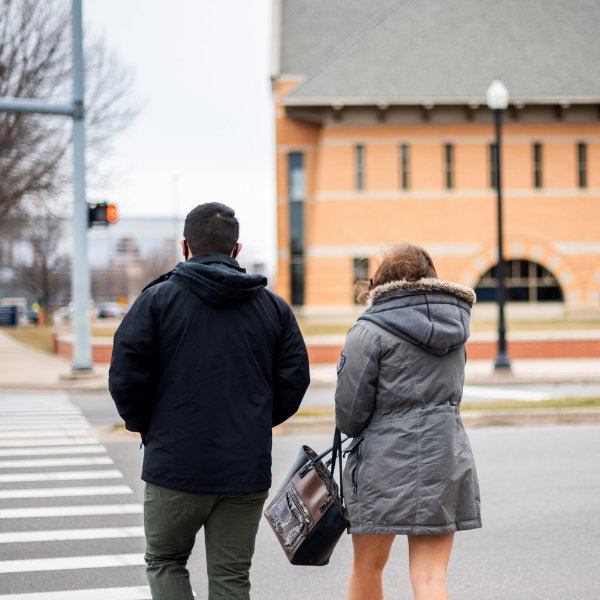 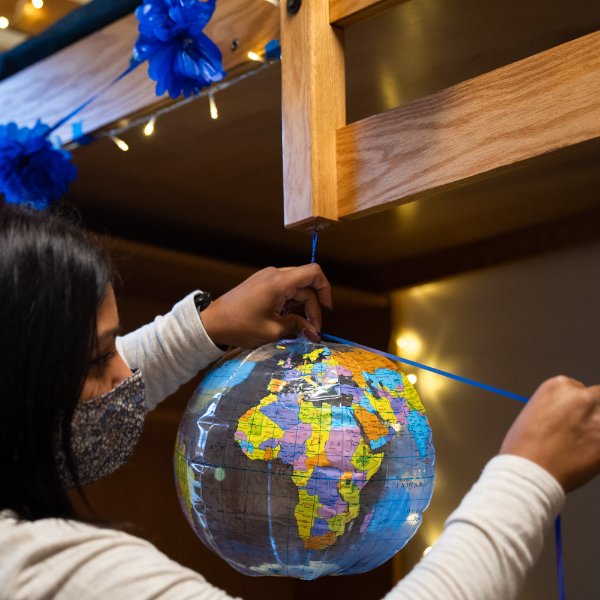 Rooms 'splashed' with decor to be more welcoming for isolation, quarantine students 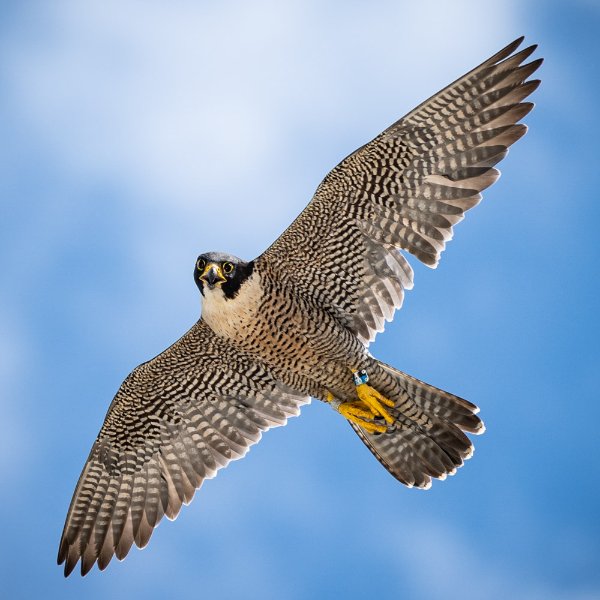 GVSU in photos, June 2022: Some award-winning photos and a few other favorites from the month