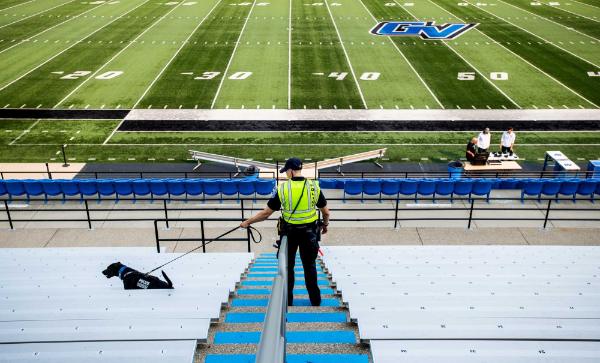 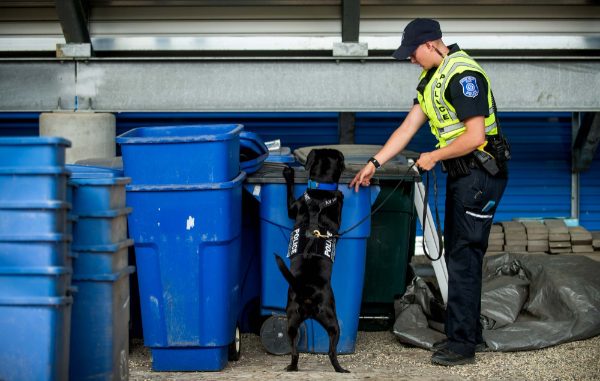 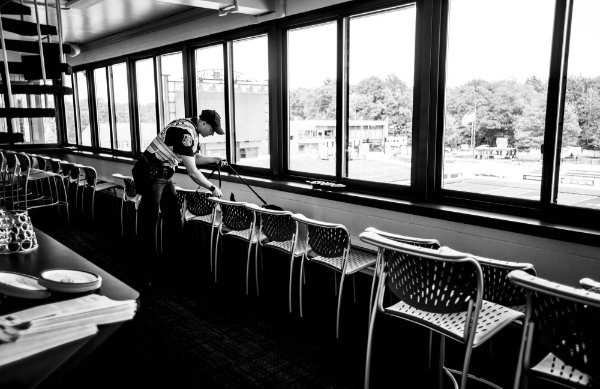 Kelsey Sietsema, GVPD canine and community police officer, had the black Lab perform a sweep of the stadium before the Laker football team took on Colorado State University Pueblo.

Koda checked the bleachers, suites and trash cans. The dog has been trained to detect explosives in bags or a building, but also has enhanced capabilities to detect moving odors in the air to track and identify people.

Koda joined GVPD in June, after attending six weeks of training in Alabama with Sietsema. Koda has spent the last few months getting acclimated to campus — meeting students, faculty and staff, and doing training exercises at Lubbers Stadium.

In early June, we introduced Koda to the campus community and then showed you how she was adjusting to her new West Michigan home . 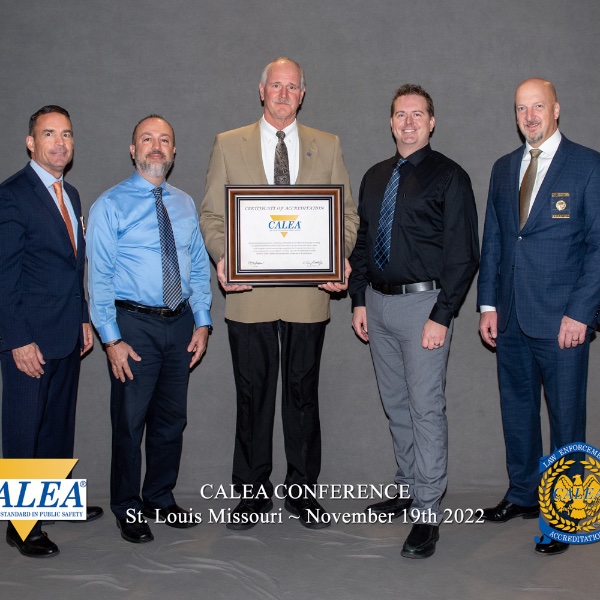 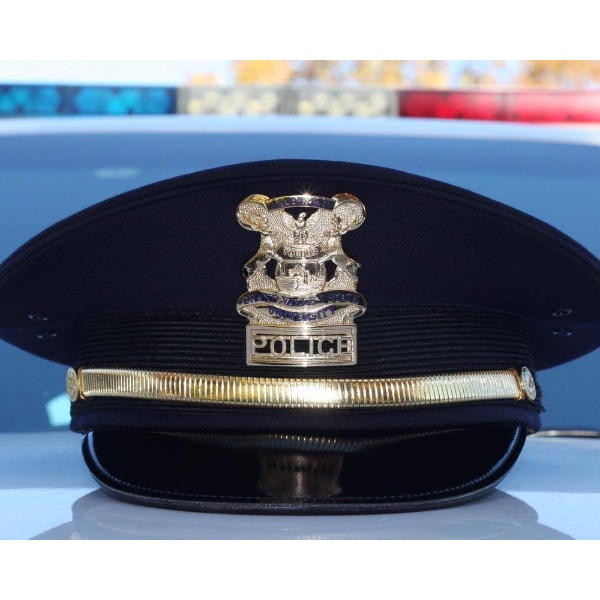 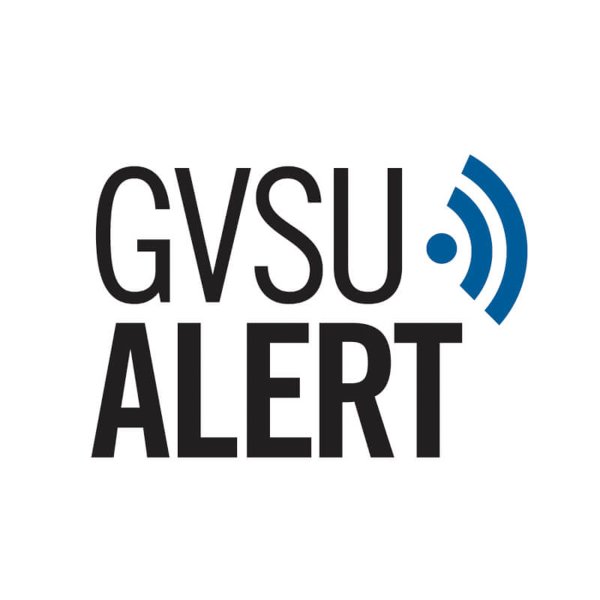