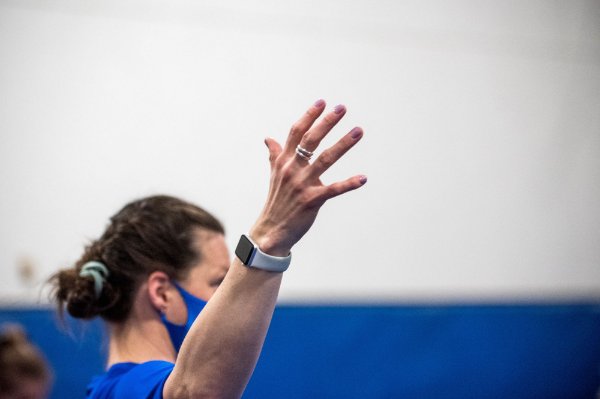 Tess Armstrong said GVSU graduates are seeing the benefit of the technique in their own physical education classes. "They can see how engaging it is for students."
Image Credit: Kendra Stanley-Mills

Two movement science faculty members are working to encourage a more creative, playful approach to dance instruction in physical education classes, rather than the formalized lessons that are familiar to many.

They were co-authors of a recent article in the Journal of Physical Education, Recreation and Dance examining dance in a physical education setting. They advocate for techniques that stray from the "skills-and-drills" approach of teaching dance to one that engages student participation through play and exploration.

They also received a Teaching Innovation Grant from the Pew Faculty Teaching and Learning Center at Grand Valley to bring this training to GVSU through a March 26 virtual conference.

This work also helps those being trained as physical education instructors to look beyond traditional views of those classes, Johnson said. 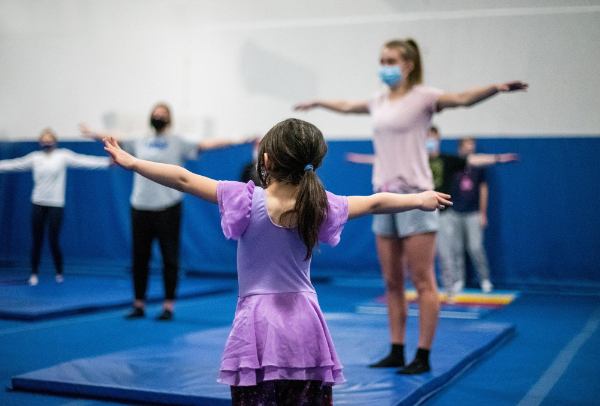 Tess Armstrong's child was at a recent GVSU class and also danced. An appreciation for dance can follow children through a lifetime, Armstrong and Ingrid Johnson said.
Kendra Stanley-Mills 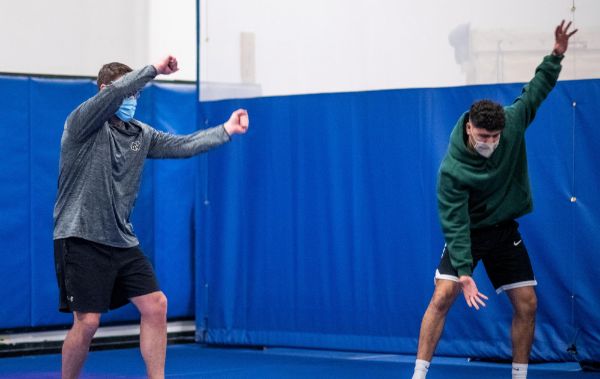 GVSU students are learning teaching methods for dance that are different than they had growing up, Armstrong said.
Kendra Stanley-Mills

Still, when it comes to K-12 class instruction in dance, one of the first challenges is encouraging students to dance like nobody's watching when they feel like all eyes are on them, the educators said.

Armstrong said a more conventional approach to dance involved lining up students, teaching them steps and asking them to replicate the instructor. Students quickly noticed if they made a mistake and then many became self-conscious and even discouraged.

So instead, Armstrong said, physical educators can encourage students to scatter to their own spot, start playing music and coax creativity by engaging their imagination and even silliness. Teachers, for instance, can start with some disco moves, then ask students how they want to do it.

"You can say, 'You don't have to look like me,'" Armstrong said. "The first step to creative dance is 'Here’s a move. Show me how you want to do that move.'"

Before long, most students, caught up in their imagination, aren't looking at the rest of the class, Armstrong said. They start to gain confidence.

As the class continues, instructors have created an atmosphere where they can evaluate for age-appropriate benchmarks such as the ability to choreograph, how moves flow together and more, Armstrong said. 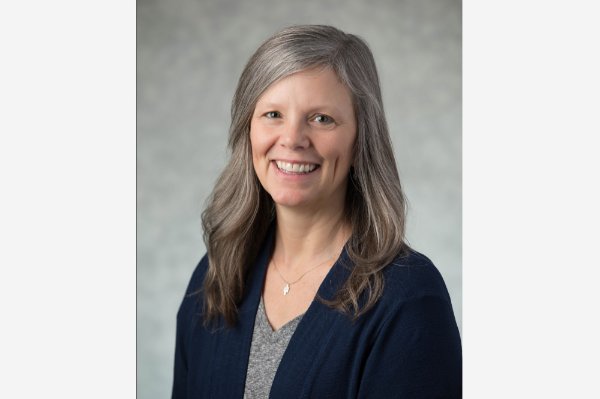 Johnson added, "By the end of a dance unit, if students feel good about moving their bodies in front of their class, that’s a success."

Another advantage of this approach to physical education? Creating a safer environment for a wider range of students, not just athletes, Armstrong said.

Armstrong, who teaches courses on dance technique instruction, said even some of the GVSU students are skeptical about or intimidated by the concept. But class evaluations show they eventually come around. Armstrong emphasizes they aren't music experts, they are movement experts.

And there's no denying that dance is a beneficial physical activity that raises the heart rate; Armstrong is known to have those in a class at the tennis courts dance to warm up.

Johnson also noted a conventional emphasis on team sports in physical education doesn't translate for most people through a lifetime. But an activity such as dance can.

"For me and for our program in general, the main goal of physical education is educating students about their bodies, their movement and how to be an active human for the rest of their life," Johnson said. 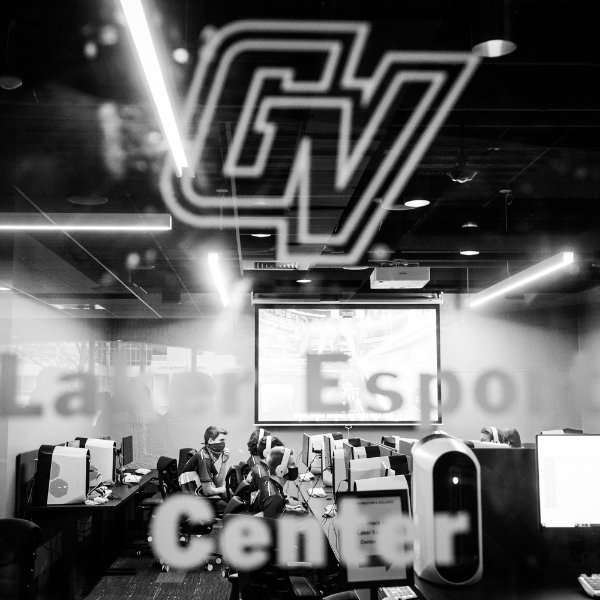 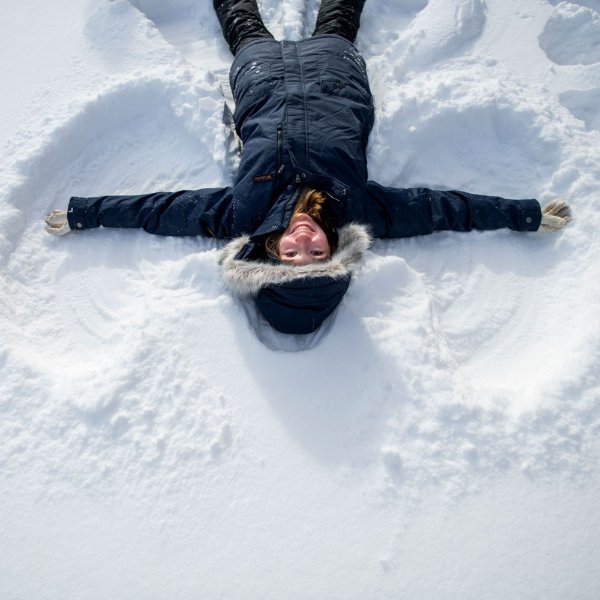 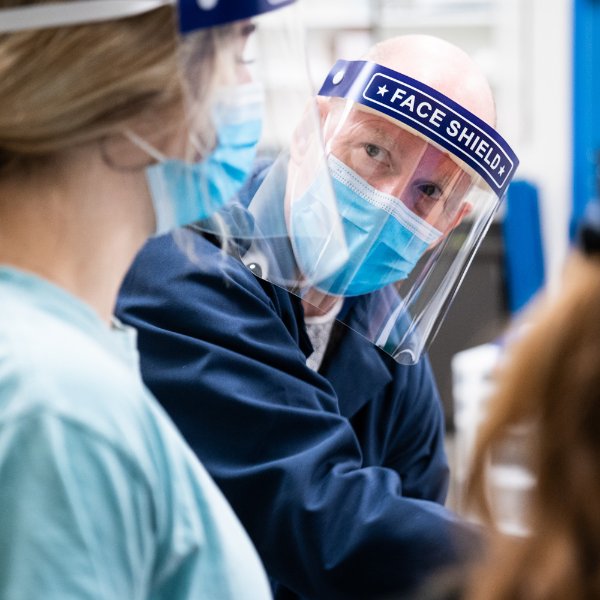