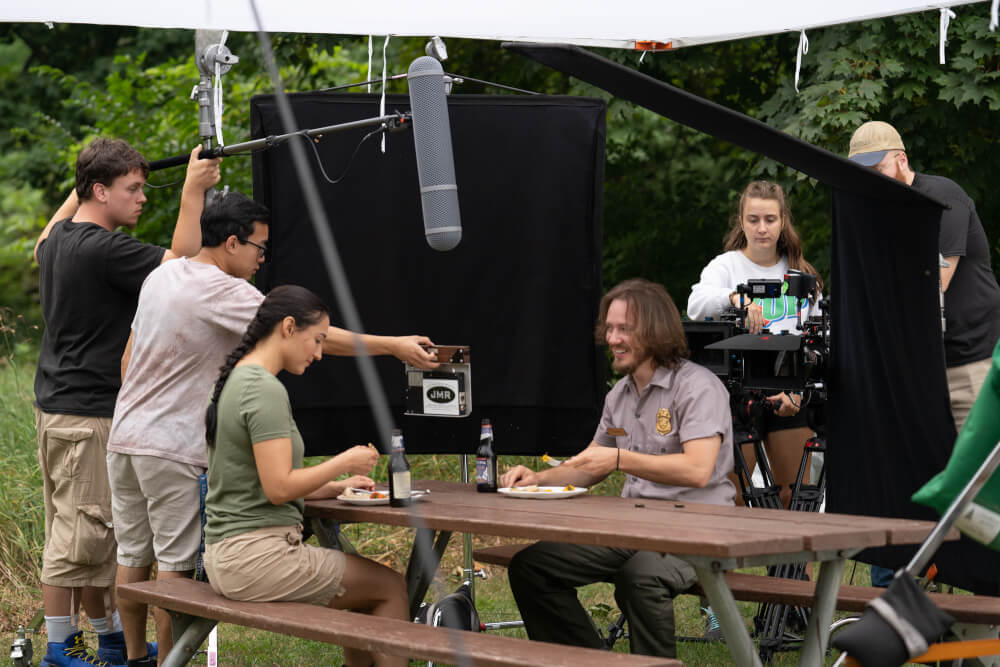 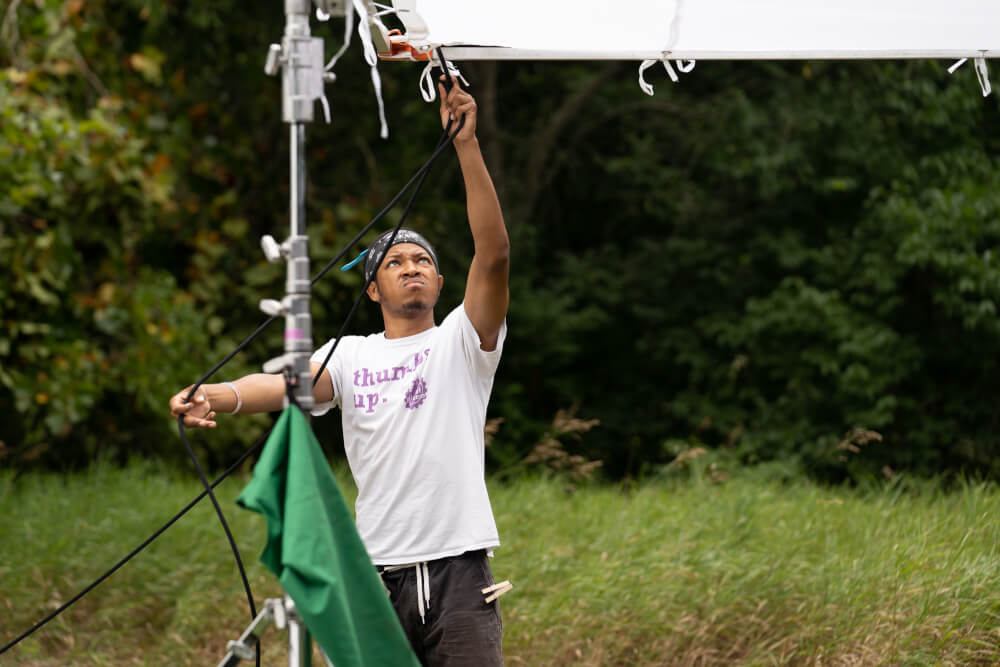 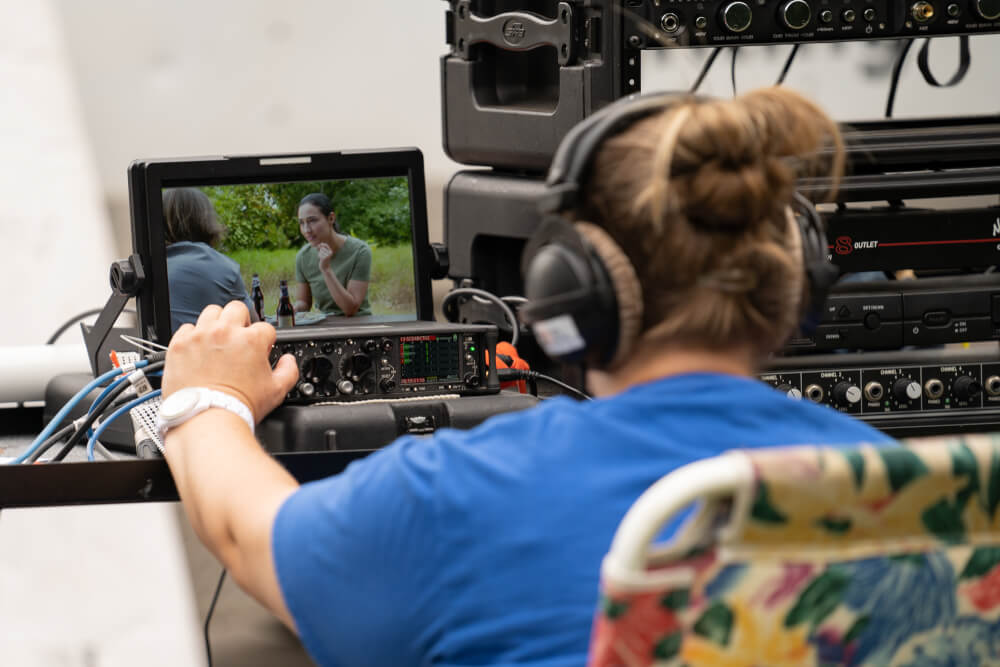 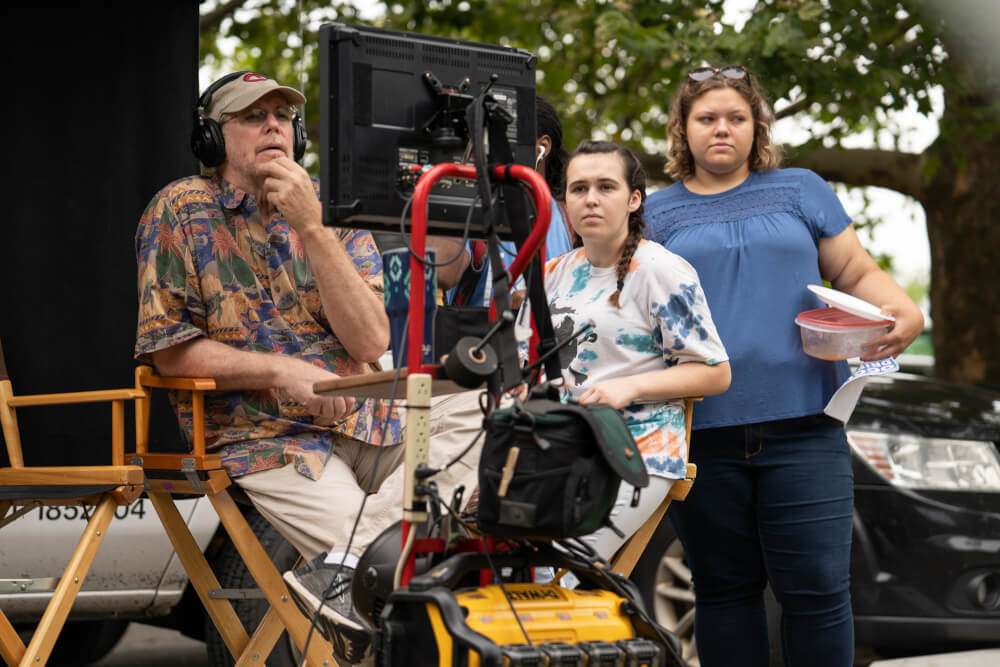 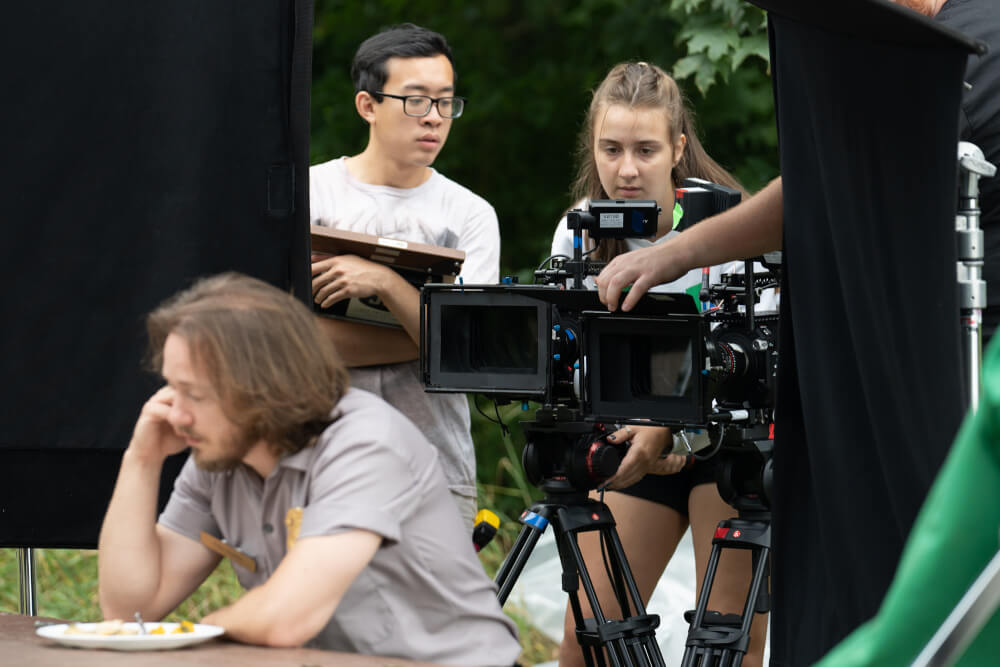 A park ranger, who is dealing with the fallout of a government shutdown of state parks and the interesting cross section of visitors she must inform, is the protagonist in the movie for this year's Summer Film Project.

The crew wrapped up production of a feature-length movie July 31 for the 25th year of the annual project, which provides students with the opportunity to work with industry professionals.

The film, "Driftless," is the second feature-length film done in those 25 years, said John Philbin, associate professor of film and video production and one of the movie's co-writers. Each year, the project has produced films of various lengths and even a web series.

Because this year's drama is set in a fictitious state park, the crew was at the mercy of the elements, Philbin said. The exterior shots were taken at four Ottawa County parks as well as the Yankee Springs Recreation Area in Barry County.

"There were a lot of exterior shots for this film, more than the usual number, so you're relying on the weather," Philbin said. "It worked out. The biggest things we had to fight were a couple of days of extreme heat and humidity and one half day of thunderstorms."

The setting for the movie is a region along the Mississippi River known as the Driftless Area. Encompassing parts of four states — Wisconsin, Iowa, Illinois and Minnesota — the topography is known for its steep ridges and deep valleys.

Philbin said his idea for the movie plot grew out of a documentary he developed decades ago about the changing roles of park rangers. He and the co-writer, John Dufresne from Florida International University, crafted a story about a park ranger handling the interaction with visitors arriving for Fourth of July weekend only to learn the park was closed.

Industry professionals from across the country have worked on the movie, from the lead actress, Monique Candelaria, who lives in New Mexico, to the producer, Peter Hawley, who also is head of the Illinois Film Office. Philbin said that kind of atmosphere is invaluable to the 24 students who were on the crew.

"This is a class with 10-12 contact hours each day, with constant problem solving," Philbin said. "Students either come out of it knowing that if they go on a professional set, they won't be a fish out of water, or they might decide they would rather work as an editor than on set."

One student who gained career goal clarity after working two years on the project is Sally Hoerr. A film and video student, Hoerr served as a unit production manager this year after working as a set dresser in 2018. The roles required vastly different skill sets, helping her recognize strengths.

"At first, I thought I would be on the creative side, but in the last couple of years I started learning about producing and realized it is something I am good at and want to do," Hoerr said. "If other students are thinking about doing this, it's highly recommended. Working on a professional project like this is priceless."

The film now is going into post-production with a premiere scheduled for April; the team plans to seek a distributor. 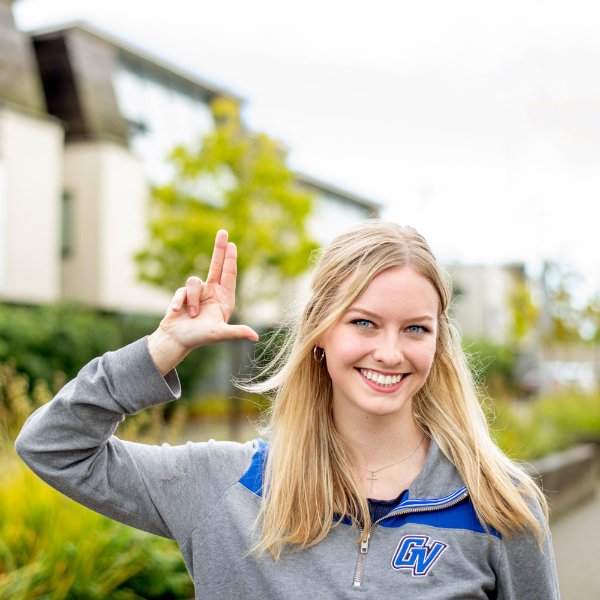