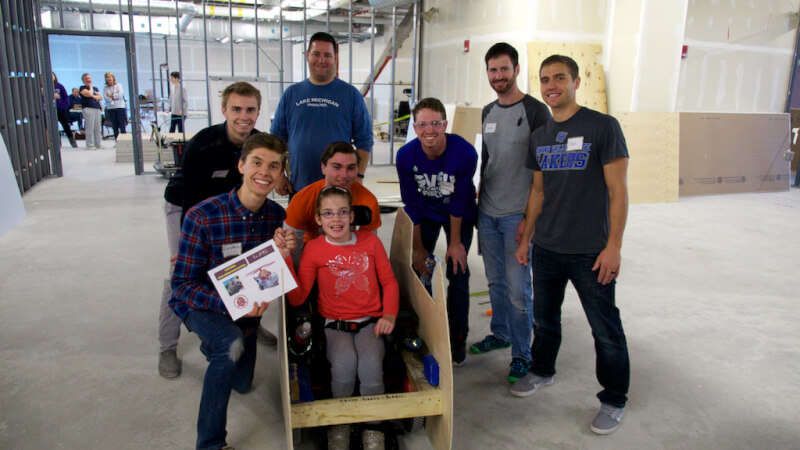 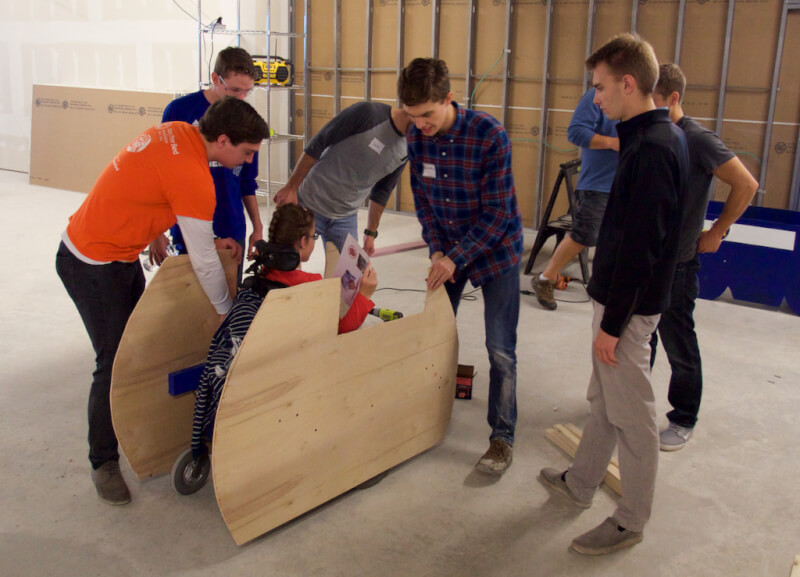 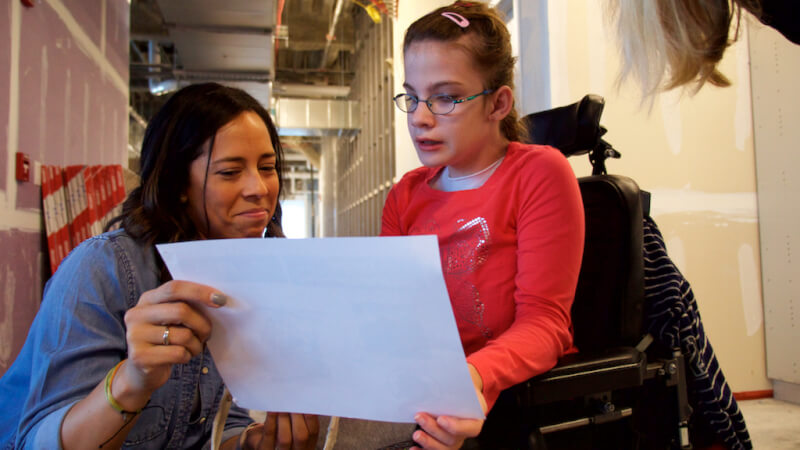 A group of engineering students from Grand Valley is working with children at Mary Free Bed Rehabilitation Hospital to make the young patients' Halloween costume ideas come to life.

About 10 students majoring in product design and manufacturing engineering have designed and built costumes for children who use power mobility devices, like wheelchairs. During the first of two build weekends October 13-14, the students created costumes including a firetruck, helicopter, motorcycle and pirate ship.

Jake Stephens, a senior from Lowell, helped organize the team of student volunteers. He said traditional Halloween costumes are often hidden when a child sits in a wheelchair, so their costume designs incorporate wheelchairs and other mobility devices used by the young patients.

"The result is a really cool costume," said Stephens. "Seeing these kids try on their new costumes and watching their faces light up with excitement is what it's all about."

The costume-building effort is organized by Mary Free Bed Guild member Molly Krauss and Jane Weatherford, whose son, Cam, has cerebral palsy. Since Cam was 2, Weatherford and her husband have created a costume around his wheelchair. Last year, she teamed up with Mary Free Bed to create "Halloween For the Rest of Us," and was introduced to engineering professor John Farris, who organized a team of student volunteers.

"Last year was our first time doing this on a large scale and the most important aspect was that the kids could pick any costume," Weatherford said. "We start with idea boards that I put together with photos and particulars about the child we're designing for. It brings out the creativity in everyone."

The costume building continues October 20-21 and will involve help from Grand Valley students majoring in physical therapy. They will build and modify costumes to meet the special needs of the children.

"Watching the costumes being created and designed is nothing short of magical," she said.

A Halloween parade for the children is scheduled for October 28 at 3 p.m. It will begin in front of the main entrance to MFB on Wealthy Street in Grand Rapids. 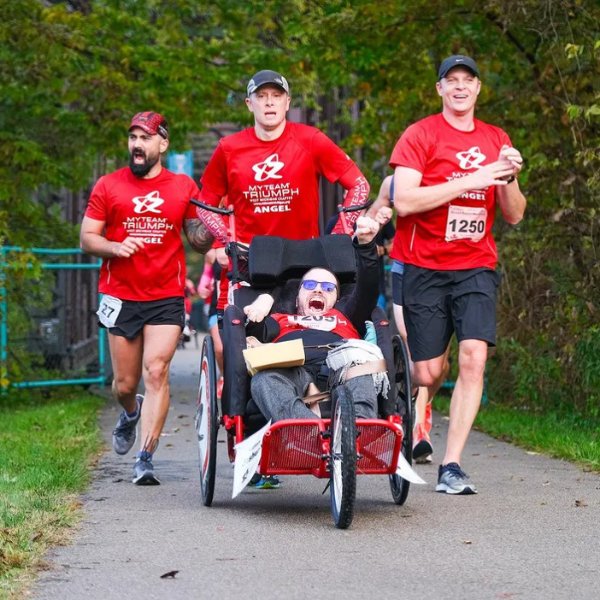 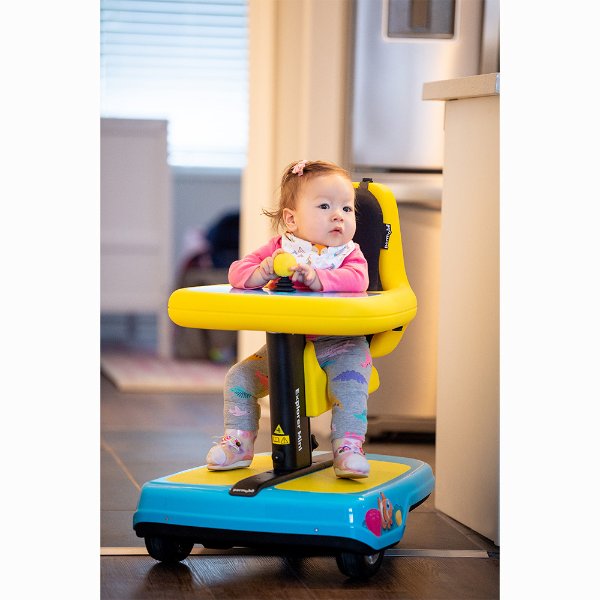 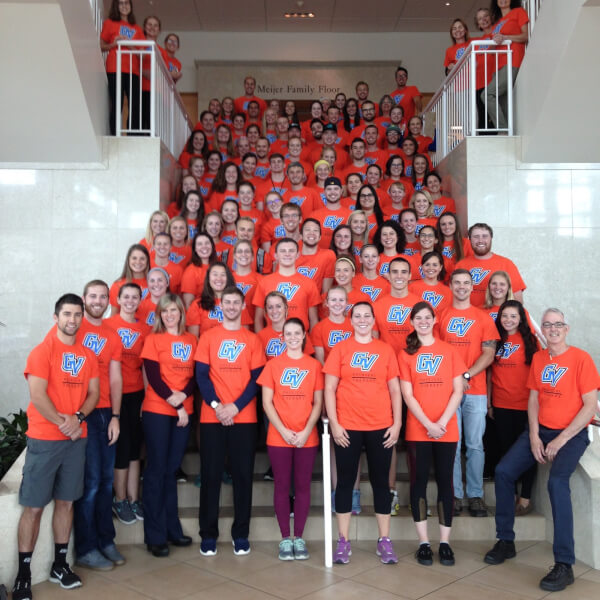