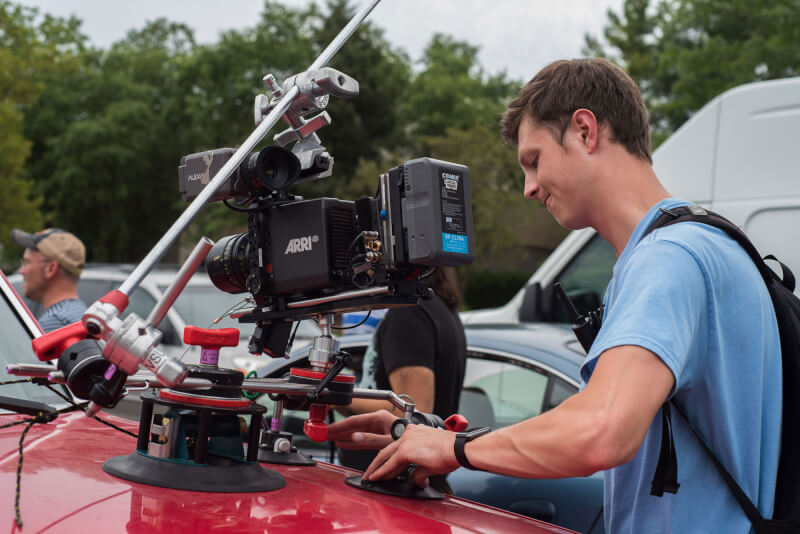 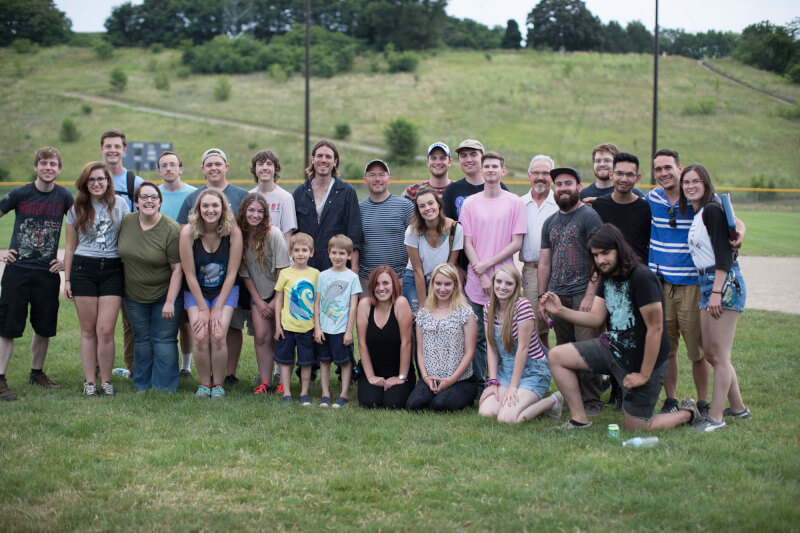 The cast and crew of the 2017 Summer Film Project.
Image Credit: Megan Dunn 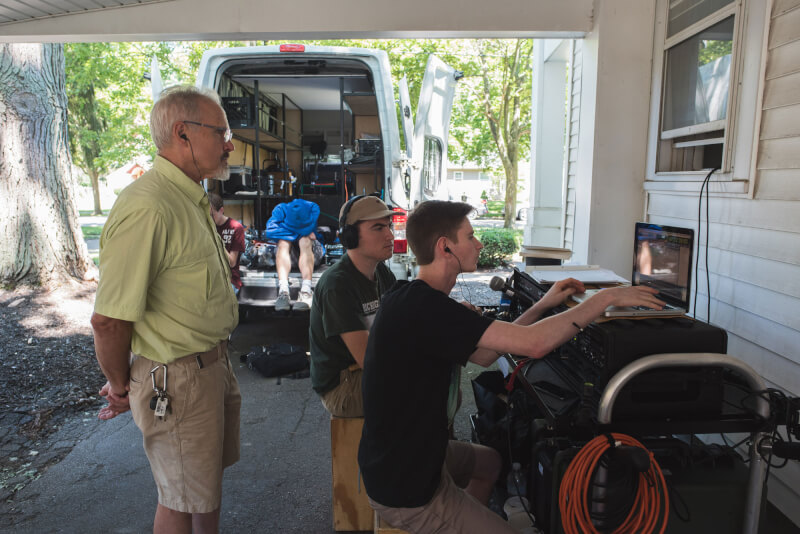 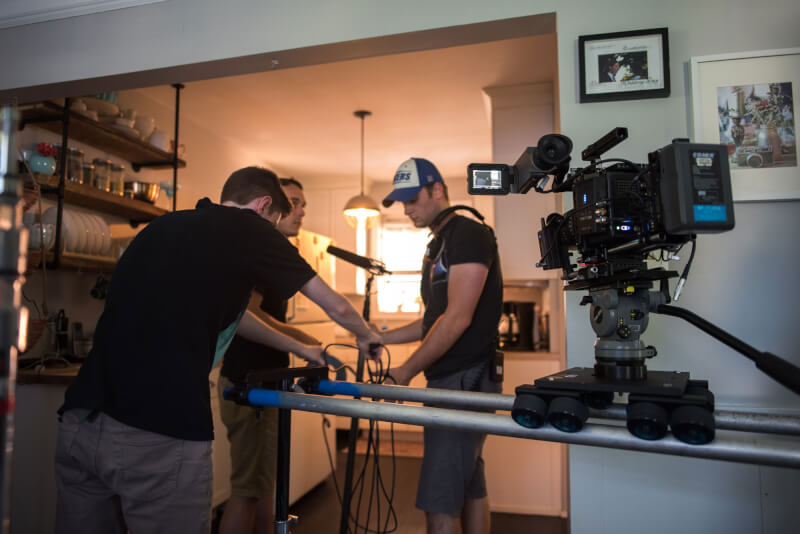 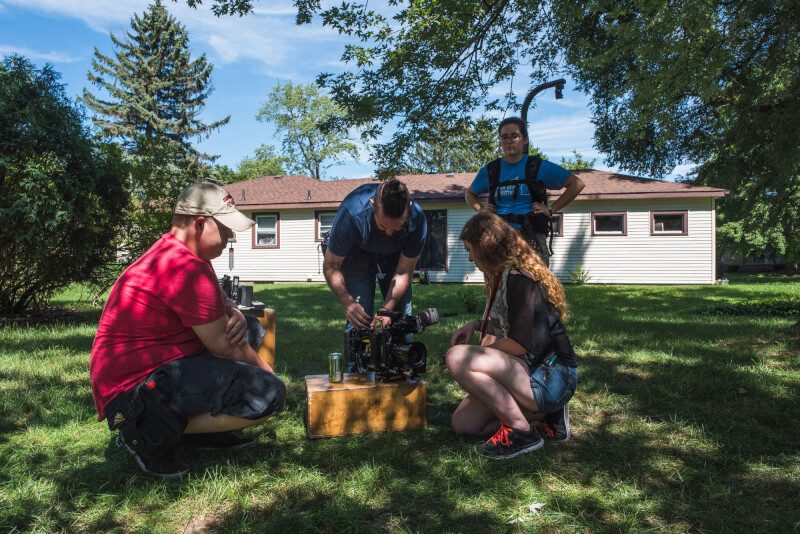 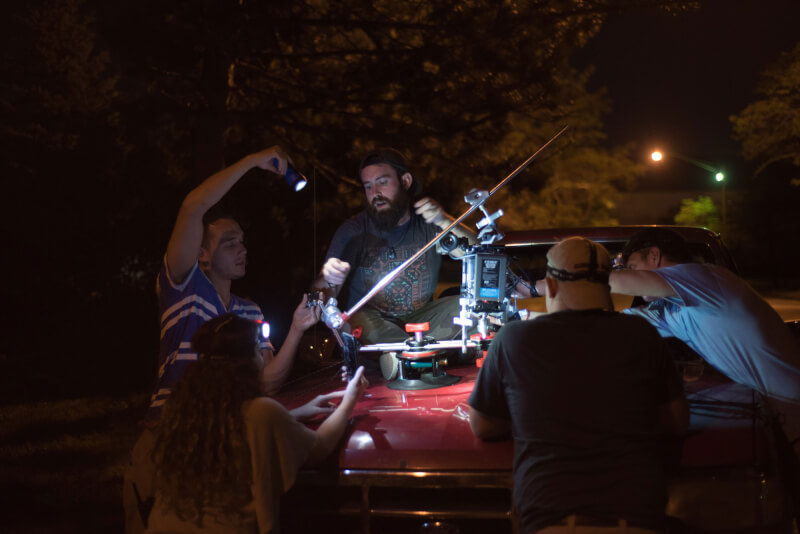 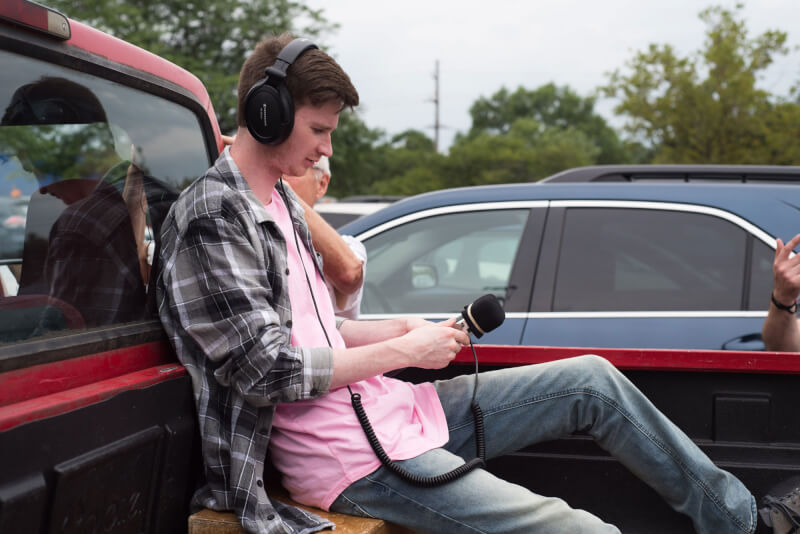 Sound utility crew member Blaine Brown getting ready to record audio in the back of a pickup truck.
Image Credit: Megan Dunn

Gabe, an 8-year-old boy, and his father, Joe, are struggling to relate to each other while attempting to cope with the death of Gabe’s mother. As Gabe struggles to comprehend the heavy concepts of death and mortality, he develops a peculiar fascination for birds, particularly a dead one he finds in the street. All of Gabe’s memories of his mother come rushing back when he becomes enamored with the dead bird.

This is the plot of the 23rd annual Summer Film Project, which wrapped production on July 28 after two weeks of filming at various locations around West Michigan.

Since 1994, the Summer Film Project has provided students with the opportunity to work alongside industry professionals while producing a feature length film.

This year’s crew consisted of more than 25 Grand Valley students, faculty, and professionals along with six professional actors from Los Angeles, Detroit, Chicago, and West Michigan.

“For the Birds,” was written by James Sturtridge, a senior majoring in film and video production who served as first assistant director on the crew.

“The script began as a class assignment, and, at the time it was written, I was a couple of years out from when my father passed away, so I worked from that,” said Sturtridge, from Marysville. “I was ready to try and shoot this in someone’s backyard, but it’s great to produce this on a professional set with the support of Grand Valley. This is bigger than I could’ve imagined.”

Sturtridge said it was surreal to watch his script, which he originally wrote in 2014, come to life, and that there was one particularly “big moment” for him on set.

“There was a scene where Gabe made a facial expression like he had been caught stealing a cookie from a cookie jar,” Sturtridge explained. “It really melted me because that was depicted exactly how I wrote it. On the other hand, there were other scenes that turned out totally different, but better. It was very interesting watching this evolve.”

Aaron Schuelke, visiting professor of film and video production, served as this year’s director. He said that he and Sturtridge began tweaking the script almost two years ago.

“I was impressed with both how vivid the world of the story was, and the vision, maturity and restraint of James’ writing,” Schuelke recalled. “When I was asked to direct this year’s film, I was given the choice of either writing a script or choosing one. After weighing various options, I approached James about making ‘For the Birds’ because the story is so strong.”

“It’s pretty amazing to be able to combine those two loves — and in a setting where we’re trying to approximate what it’s like to work on a professional film set as much as possible,” he said. “The level of performance and dedication goes way up in a project like this, and our student crew this year definitely rose to the occasion.”

Students will now use the 2017-18 academic year to edit the film, with a premiere planned for a to-be-determined date in the spring of 2018.