A team of students and faculty members led a study that used big data to understand how diseases, like Ebola, spread in West Africa.

The study was part of the Orange Telecom Data 4 Development Challenge, a competition that provides restricted access to anonymized mobile phone data sets from millions of subscribers living in Senegal and Ivory Coast. The challenge aims to make improvements to health, transportation, energy and agriculture by understanding how humans live and communicate in the regions.

The team was given proprietary data by the Orange Group and Sonatel, a cell phone service provider in Senegal, which provided information about the location, time of day and proximity to a cell tower when a call or text message was transmitted or received. The first study on the Ivory Coast took place in 2013; the second study on Senegal was in 2014, around the same time Ebola broke out in West Africa.

“The most recent outbreak of Ebola was unprecedented because it took place in an urban environment. Past outbreaks didn’t spread as quickly because they took place in rural settings,” said Doug Graham, associate professor of biomedical sciences, who advised the team on aspects of Ebola virology and epidemiology.

The team of nine students and four faculty members ran experiments on big data using a simulation software system they customized. Big data are large sets of digital information that can be examined to reveal patterns and trends. 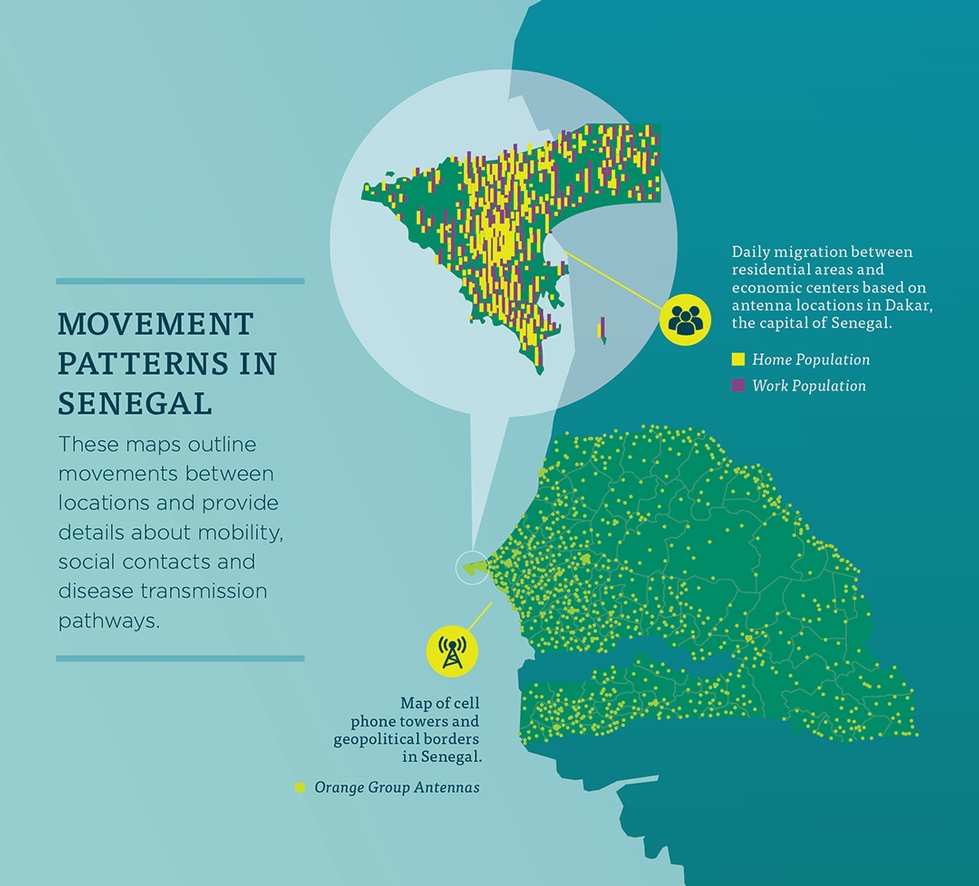 Jonathan Leidig, assistant professor of computing and information systems, said before the simulation system could be built, the team had to create several models — population, mobility and disease — to understand lifestyle patterns and movements, such as possible home and work locations and weekend trips. The models also helped determine how many people each person may have had contact with.

“There is not a lot of data about developing countries because some areas are inaccessible or might not have up-to-date census information, which is also why we created the models,” said Leidig. “By understanding where and how the populations live, the simulation system we built could predict how diseases spread from person-to-person throughout the countries.”

Greg Wolffe, professor of computing and information systems, compared the simulation system to “The Sims,” a popular life simulation video game series. “In the program, there are essentially 13 million agents, representing each person in the country. It models their movements and interactions, like a big, big version of ‘The Sims,’” said Wolffe.

Leidig hopes public health policy makers in Senegal and Ivory Coast can use the simulation system to conduct experiments designed to inform policy decisions, such as mitigation strategies.

“If another outbreak occurs, our hope is that the simulation system we create could be used to determine if tactics such as public service announcements and closures at country borders, school and social events would be helpful in alleviating its spread,” said Leidig.


Page last modified February 25, 2016
Report a problem with this page