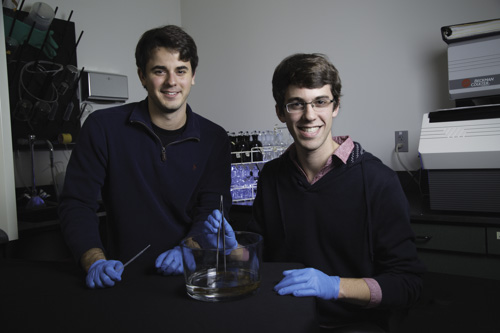 Michael Snider, left, and Adam McMillan study pigments and movement of unique cyanobacterial mats. Their research could help explain the evolution of photosynthesis, and has potential implications for exploration of other planets.

Grand Valley students Michael Snider and Adam McMillan spend a lot of time doing experiments with globs of smelly purple goo. But that goo, a bacterial mat found in just a handful of unique sinkholes offshore near Alpena, could have significant ties to bacteria from 3 billion years ago, and might give NASA an idea of what to look for in their search for life beyond Earth.

Snider, a graduate student at the Annis Water Resources Institute, focuses on studying the pigments of the unique mats, which only exist in sinkholes in Lake Huron. Meanwhile McMillan, an undergraduate Honors College student, focuses on how the unique structure and mobility of the mats allows them to move to maximize their effectiveness during photosynthesis.

The technical name for the purple goo is cyanobacterial mats, and they're interesting because they are able to survive at significantly different light levels, and in water that has a unique chemistry due to the geology of the ancient seabed the water comes from.

"These are extreme conditions," Snider said. "It's a low-oxygen and high-sulfur environment. You don't find a lot of other things living here. We're finding that the cyanobacteria not only survive in this extreme environment, they thrive by adapting to wide varieties of light conditions underwater."

The unique water chemistry is caused by the waters erosive path through the porous limestone bedrock before it feeds into Lake Huron, and shares characteristics with the water of the early Earth. Snider and McMillan hope that their research will reveal more about the evolution of photosynthesis. They suppose that the bacteria could be descendants of the first bacteria to produce oxygen from such a sulfur-rich water environment, helping to pump enough oxygen into the atmosphere of the ancient Earth to eventually help support life on land.

"These cyanobacteria are related to the first organisms that first put oxygen in the planets atmosphere," Snider said. "This could be the so-called missing link between ancient photosynthesis that didn't produce oxygen, and the photosynthesis we see today, as these bacteria can perform both kinds."

The ability of the bacteria to survive in low-oxygen, high-sulfur environments with varying light levels is also important. Snider and McMillan, along with their faculty advisor and Grand Valley professor Bopi Biddanda, hope to determine how the energy coming into the ecosystem in the form of light from the sun is maximized by the pigments and movement of the mats. Their National Science Foundation-supported research is scheduled to continue through early this year.

McMillans research focuses on how the bacterial filaments within mats move in response to the changing light conditions, also a key factor in learning how the microbes use energy from the sun.

"What's interesting about how they move in response to the light is that they move as a coordinated mat community, not as individuals," McMillan said. "Their movement has a lot to do with how they take advantage of the resources they have to survive. Their movement isn't their only survival mechanism, but it allows them to find the right amount of light."

"The movement of the mats is unique because the individual microbes are extremely simple, but they're capable of moving in extremely complex and precise ways," McMillan said. If a sample is placed in a petri dish that's covered with foil, and a small square is cut in the foil and exposed to light, the sample underneath will move to fill the square of light. It will move to get the most energy that it can, McMillan said.

NASA scientists are interested in findings from the research because conditions that are present in the sinkholes are similar to what may be found on other earth-like planets, Snider said.

"This can help us gauge what to look for in terms of finding potential life on other planets," he said. 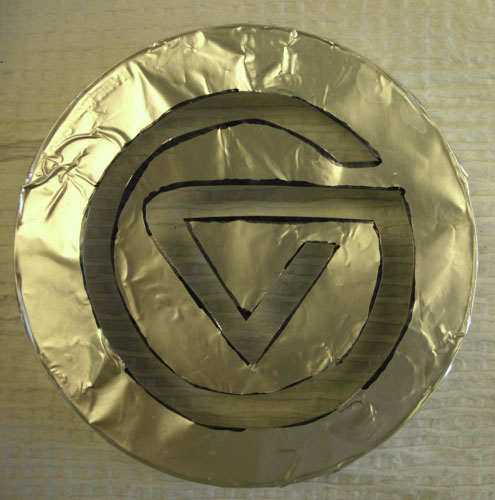 Before a light source ... 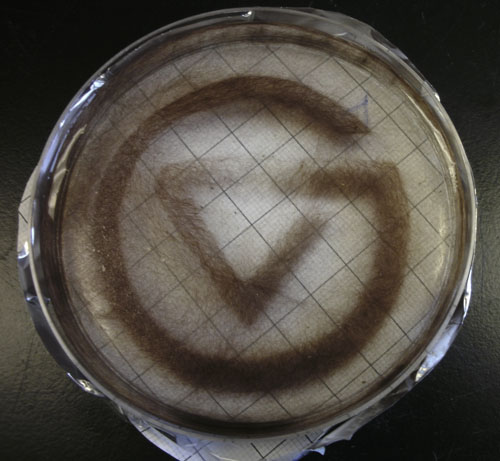 ... and after, showing how bacteria move.


Page last modified November 7, 2016
Report a problem with this page