A unique tool to show return on investment

Philanthropic giving from foundations in the United States is estimated to have topped $55 billion in 2013, and foundations and the grant makers who represent them are eager to be sure that all of that money is being used wisely.

In a similar vein, nonprofit organizations and community groups are working to do more with less, and are seeking information on strategic communications, planning and evaluation. Less than five years ago, it was difficult for nonprofit and foundation leaders to share important information and best practices on the business side of the philanthropy industry.

Now, the Dorothy A. Johnson Center for Philanthropy is home to the only peer-reviewed academic journal in the nation that focuses solely on the field of philanthropy. Called The Foundation Review (TFR), the publication was created in 2009 to serve the needs of an increasingly data-conscious, giving industry.

“Over the past 20 years, we’ve seen a large shift in how foundations are relying more and more on measurable returns to help determine the efficacy of the grants they’re making,” said Teri Behrens, editor-in-chief of TFR. “Our publication provides people in the philanthropy sector with a valuable source of information and examples that they can apply to their work from others in the industry.” 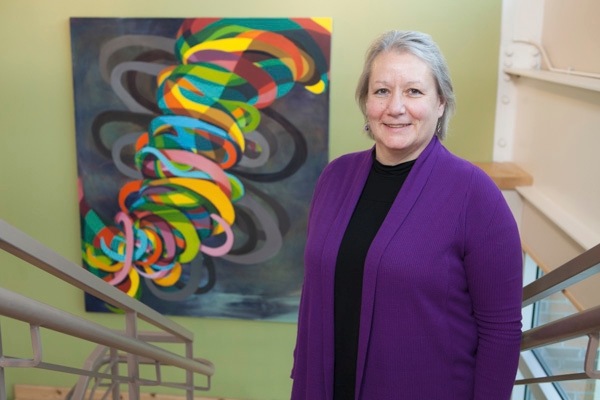 Behrens started working to make TFR a reality in 2009, while she was working at the Johnson Center through a partnership with the W.K. Kellogg Foundation. Five years later, TFR has hundreds of subscribers and publishes four times each year. A typical publishing cycle of the journal is about a year, Behrens said, with a call for articles generally about a year before they will actually appear in print. Two issues each year focus on a theme, and two are more generally focused. It takes about a year for each article to go from abstract through the peer-review process.

“The academic rigor of the publication is important,” Behrens said. “There are other sources for this information in different places, but having a strong peer-review structure gives us the ability to really carry significant weight when it comes to the trust of the people who are reading the journal.”

The reputation of the journal has earned it a loyal following among big foundations around the country, and a reach well beyond the several hundred subscribers who get the journal in print. Dozens of articles have been shared and downloaded thousands of times, thanks to pieces submitted by philanthropy giants like the Bill and Melinda Gates Foundation, the Annie E. Casey Foundation, and the Robert Wood Johnson Foundation, to name just a few.

Those articles on industry-specific topics like grant evaluation strategies are being used in real-world applications in the nonprofit sector, and some authors are seeing their work implemented in foundations across the nation thanks to the works they have published in TFR.

“I wrote one in 2009 about the tools to support public policy grant making, and I know of at least 40 different foundations that have used that framework to examine policy grant making,” said Julia Coffman, founder of the Center for Evaluation Innovation. “The Foundation Review has been a critical vehicle for building the field.” Coffman said the reach of TFR is significant to authors seeking a specific audience in a niche field. “There really are not a lot of vehicles for reaching a foundation audience,” Coffman said, “so having this access to so many levels of foundation leadership is amazing.”


Page last modified February 1, 2017
Report a problem with this page