This is not a photo of your high school gym class playing dodgeball. Elevate that childhood experience 10-fold and it would be how Grand Valley State Dodgeball Club members feel each time they face an opponent.

The team has won eight national championships, competing against colleges and universities in the Midwest and East Coast. During competition, a team of 15 players wins a point by clearing out the other side, and a game is two 25-minute halves. And like the beloved movie, "Dodgeball: a True Underdog Story," they learn the five d's of dodgeball: dodge, duck, dip, dive and dodge.

Dodgeball is one of Grand Valley's 58 club sports, meaning participants have to pay dues and host fundraisers in order to travel and compete. It's a co-ed sport, but there aren't any women on the team this year.

Club president Logan Rohloff, a computing and information systems major, said it's a fun game but members take it seriously and practice three times a week. Occasionally, there are injuries. Rohloff has sprained his neck and broken a finger. 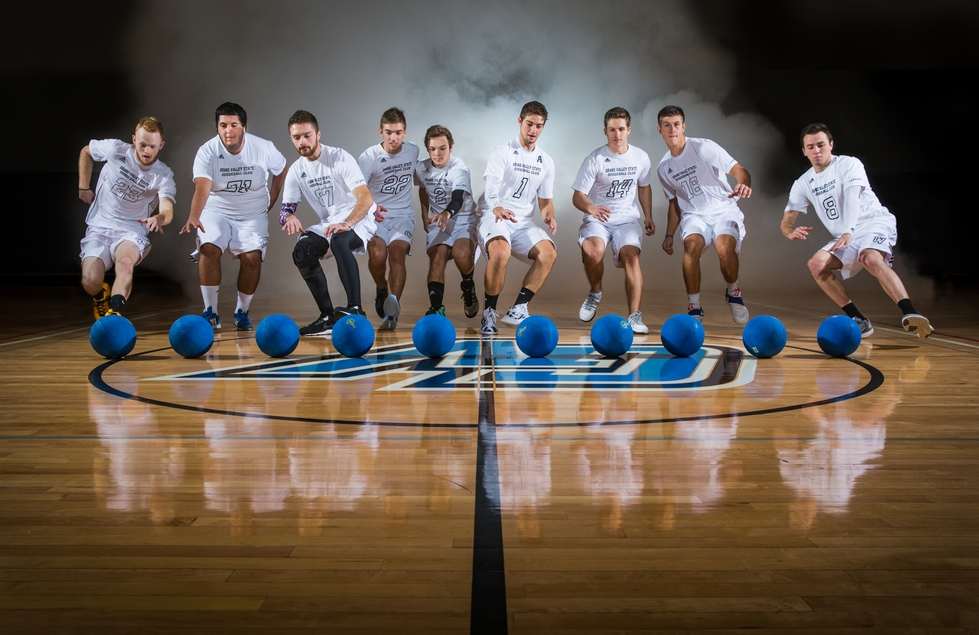 Page last modified February 23, 2017
Report a problem with this page